Canadian technology company BlackBerry has announced that it will no longer manufacture its own smartphones, citing missed estimates in its latest financial report.

“We have decided to discontinue all the handset hardware development, only hardware,” the company’s CEO, John Chen, told investors in a conference call.

“We believe that this is the best way to drive profitability in the device business.”

Before BlackBerry gave in to the giant that is Google and its Android operating system, it was a bit of a mobile device juggernaut. Read more…

This move brings a 14-year-old business division to its knees, a division responsible for the likes of the iconic Bold and Curve handsets.

Earlier this year, Chen gave the hardware division until September 2016 to prove its financial viability, but based on the month’s numbers, its clear that the company’s days as a smartphone manufacturer are over.

BlackBerry will no longer manufacture smartphones, rebranding itself as a software-first company

According to Canadian publication BNN, the company will also lay-off a “limited” number of its staff following the news.

What about its pending smartphones?

Two new devices were reportedly arriving before the end of the year, both sporting Android and not its BlackBerry OS it favoured on the likes of the Z3 and Z10. Chen didn’t comment on the fate of these devices.

Thanks to its strong showing in the services and software division, the firm will likely rebrand itself as a software-first company, in a similar vein to Microsoft.

The comapny has also confirmed that it will continue to support its legacy devices and platforms, like BlackBerry OS, and its most recent smartphone, the DTEK50. 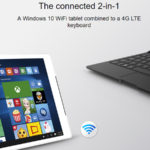