It’s time for science fiction video game fans to rejoice: Mass Effect 2 and 3 are now available on Xbox One. Not only that, but the trilogy is available through the EA Access Vault as well.

With Mass Effect Andromeda (hopefully) being released next year, it’s to be expected that EA would want to keep building up hype for the new series. Also, Mass Effect 2 and 3 have 75 989 and 88 077 votes respectively on the official Xbox Backwards Compatibility forum — those aren’t numbers the publisher could shy away from.

In addition to being available with Xbox One Backward Compatibility, Mass Effect 1, 2 and 3 are now available in the @EAAccess Vault. #N7Day pic.twitter.com/oOklJxE15t

What is interesting to note is that the official Xbox BC list states that parts two and three are disc-only backwards compatible, yet they are available digitally through the EA Access Vault.

It’s not just Bioware‘s phenomenal (and controversial) series coming to the vault, but apparently, Mirrors Edge Catalyst will be heading there this week as well.

A subscription for EA Access costs R48.50 per month, or R299 for 12 months. It allows customers to play any game in the Vault as well as receive 10% off of EA titles on Xbox One. 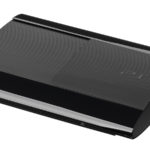