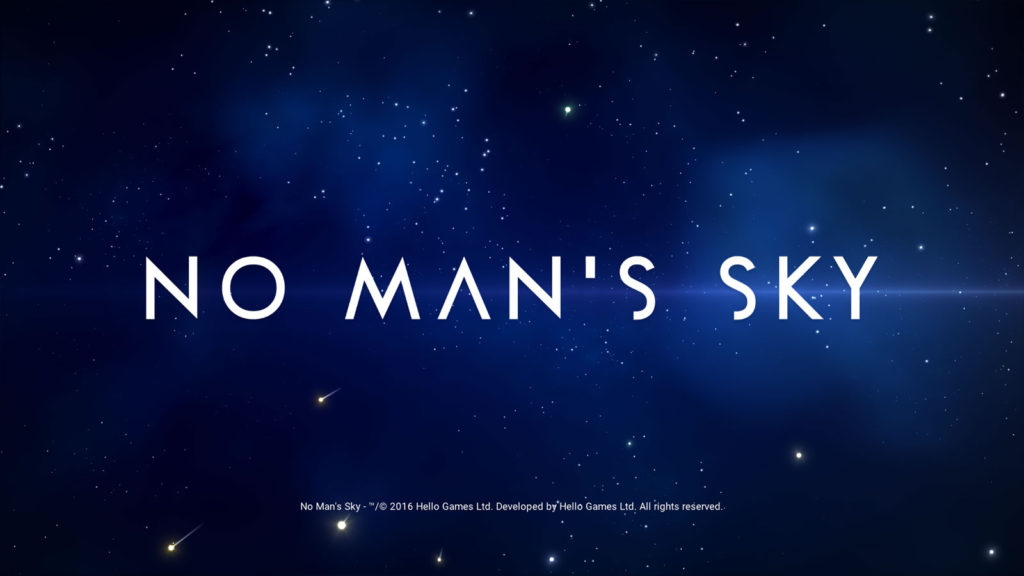 After nine weeks of waiting, we finally have our hands on the latest update for No Man’s Sky. While previous patches have tried to fix numerous bugs or re-balance certain aspects, the Foundation Update is the first one to truly incorporate new features.

Once the 2.7GB update is downloaded and installed, the game will present players with the option to play one of the three game modes: Normal, Survival, or Creative. For my first evening of Foundation Update play, I decided to stick with Normal. It’s the standard version of the game and I’d already put many hours into No Man’s Sky (even going so far as to Platinum it).

The opening screen, where you’re hurtling through space, feels a tad more refined and doesn’t come with as many screen tears and jitters, though there are still plenty. At times it feels like the game is trying to push 60fps on the PlayStation 4, but these moments are few and far between. 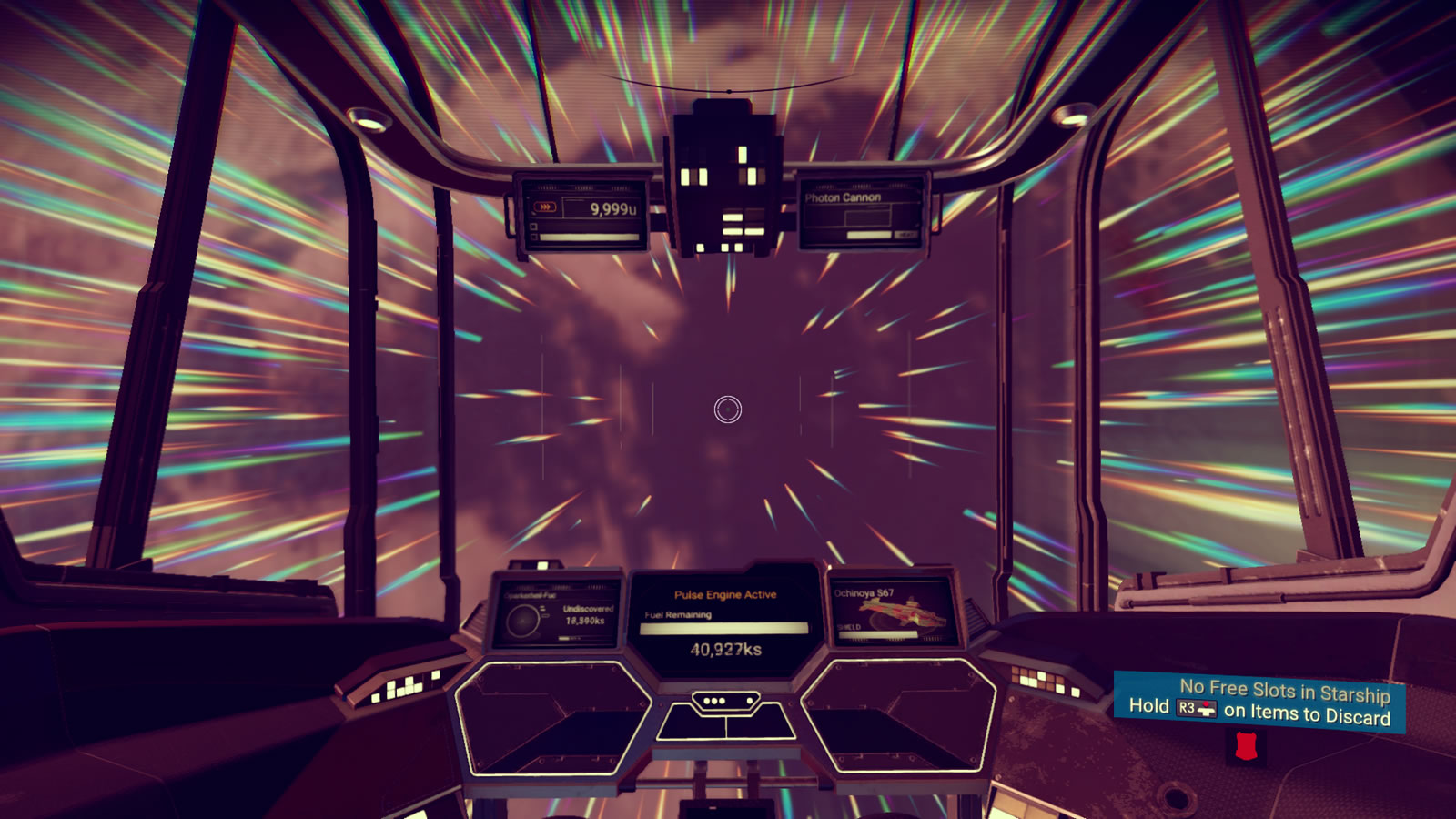 Once in-game, some of the changes listed on the Foundation Update blog post become apparent: everything looks slightly crisper, and having motion-blur on when you’re travelling actually gives the game some much needed space-travel flair seen in shows such as Star Trek. In fact, most of the visual changes bring the game that much more in line with its pulp sci-fi roots.

Also, the entire universe was regenerated in order for the update to take effect. This means you may just start off on a nearby space station, which happened to me.

Before landing on a planet, I was able to scan each and every world in my then-current solar system. This listed what the core/rare elements were on each planet and moon, a new addition to the game. It made picking my next destination a lot easier, but I wasn’t able to see the weather effects, flora, or fauna until I actually touched down on the celestial body. 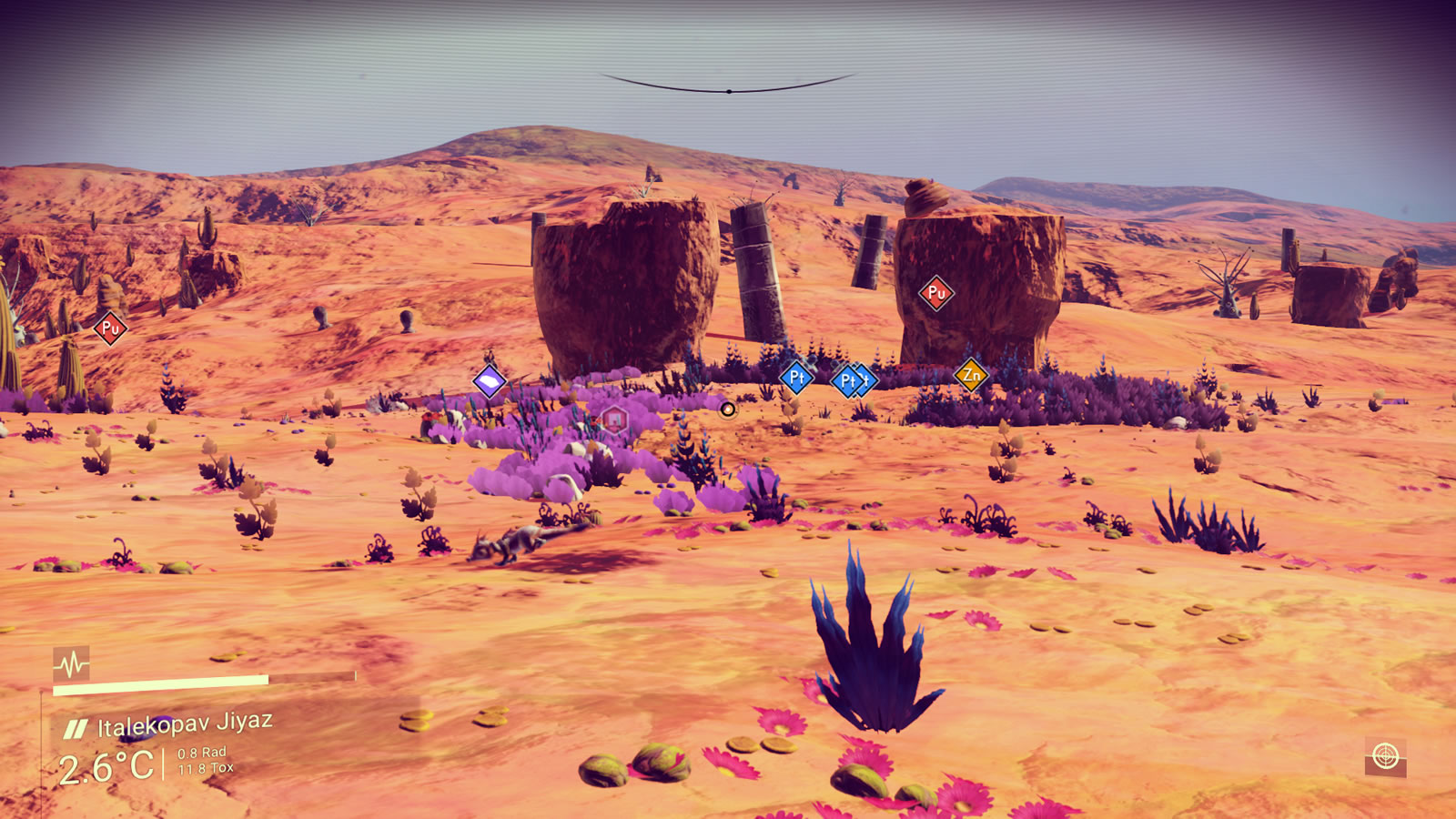 Once on-world, performing a scan allowed me to see all of the elements around me. In the previous version of No Man’s Sky, the on-planet UI would display icons for each element, but not what it actually is. Now, apart from the rare ones, each resource is displayed with its family colour and a symbol. It really does make exploring so much easier, especially if you’re unlucky enough to have landed on a hostile planet.

After 30 minutes of fumbling around, I was finally able to pull myself away from collecting rare resources and begin trying to find a place to call home. During my time with the Foundation Update, I did start to notice more interesting creatures and planets, which has to do with tweaks to the algorithm. 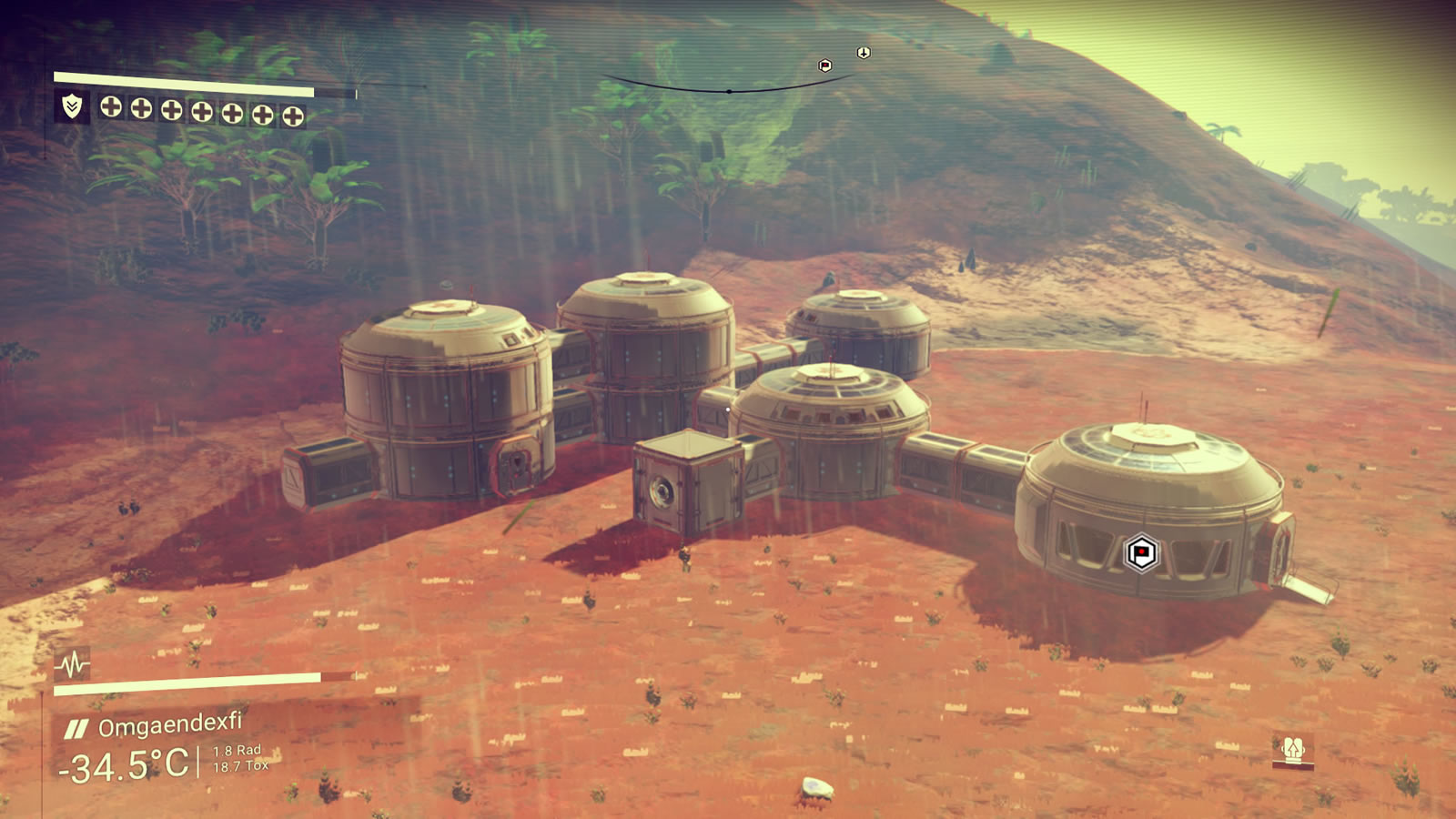 The base building mechanic is limited to one planet, which you’ll designate as your home — this is done once you eventually find a vacant building. This mechanic is incredibly easy and works on a modular design. It’s far easier to actually build a house than Fallout 4, for example. Heck, you’re able to build multi-level bases with a range of different rooms, and house aliens in your employment.

No Man’s Sky only gives you the bare basics when it comes to what you can build and fill the building with. You’re going to have to recruit other species from space stations and then fulfil their fetch quests in order to gain more gear and items. It is disjointing being able to speak to these aliens in English, while everyone else requires you to learn their native tongue.

As fantastic as this update is, this is where I have to question what Hello Games has done with No Man’s Sky. 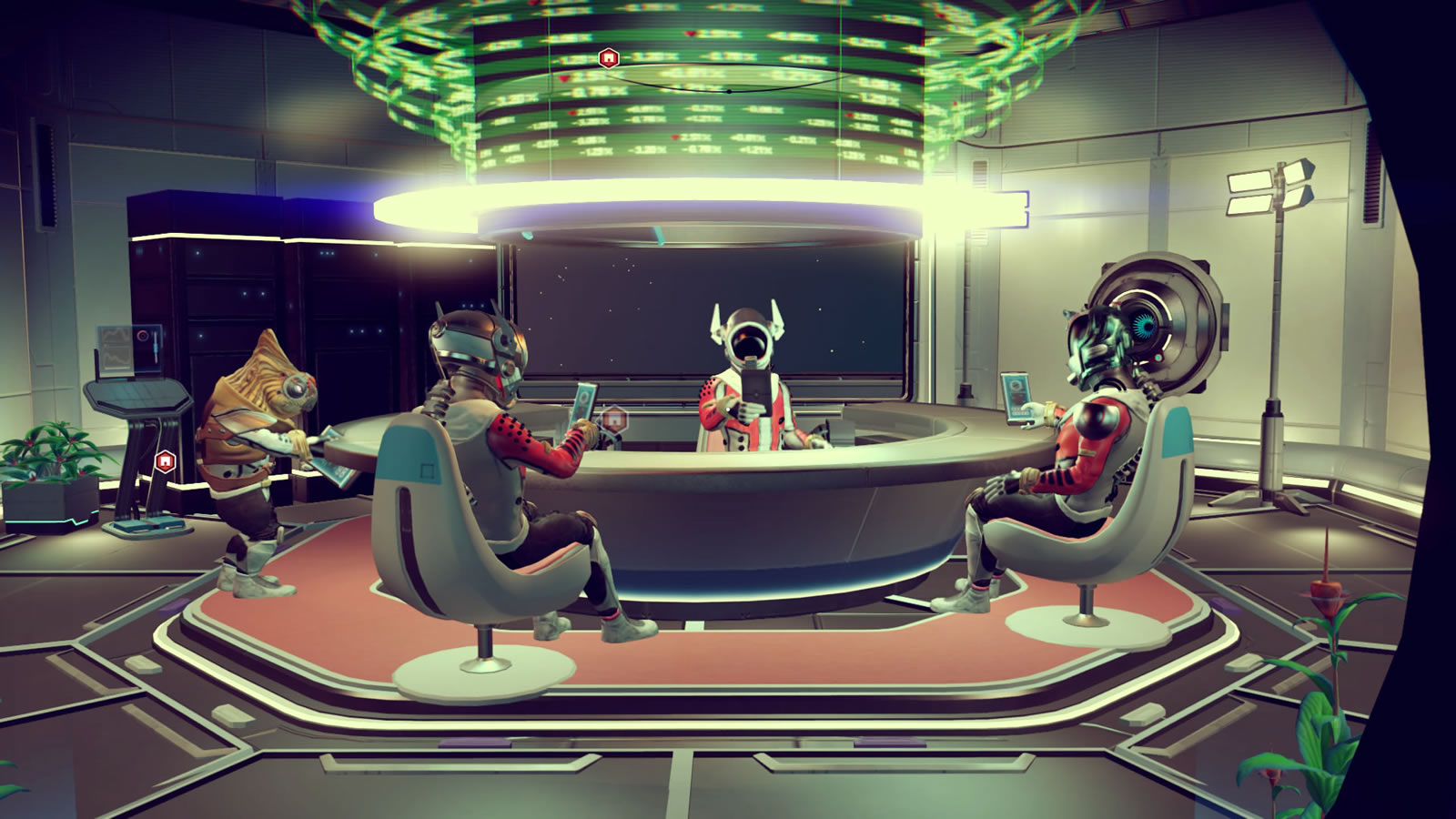 The update and its range of content are all in the right place. This is all stuff that probably should have been included since launch, but I won’t go into that here. What the Foundation Update really feels like is post-game content — something to tide you over once you’ve explored the galaxy of No Man’s Sky for 30 hours or so. Hello Games has tried its damnedest to make all of the new features fit into the game, but all of it sticks out like a sore thumb.

It’s hard to imagine playing the game for the first time and being able to build a base, purchase a freighter, or teleport from a space station back down to a planet. All of these things feel like high-level shortcuts, which would otherwise sour the beginning of the game. That’s not to say the content isn’t fantastic, but it doesn’t quite feel like it belongs in this post-launch world that No Man’s Sky exists in.

And, yes, the game is still full of strange bugs and anomalies. 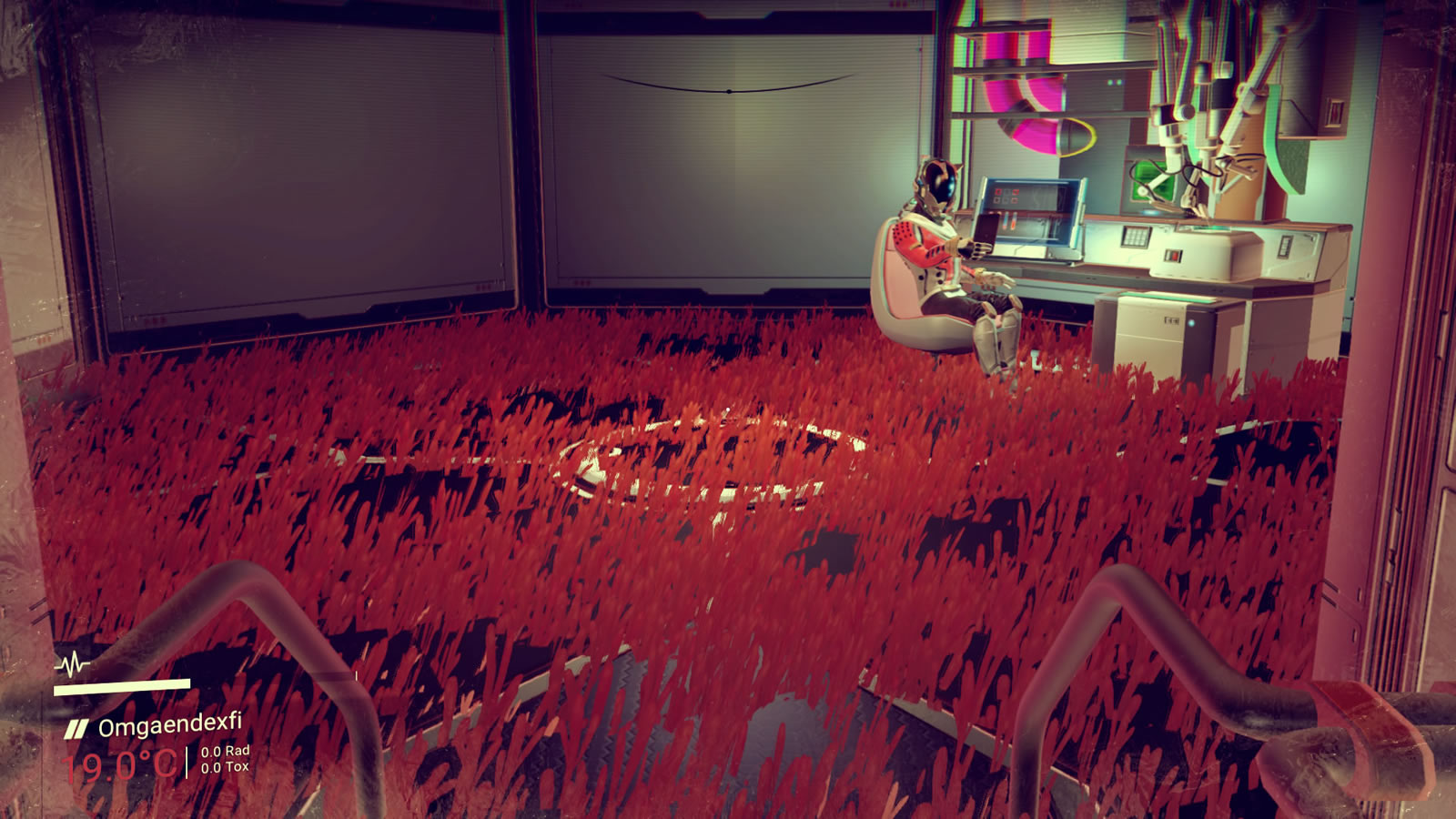 My other gripe is the lack of additional PlayStation Trophies or in-game achievements. If you’ve played through the game as much as I have, it would have been nice to have some additional goals to try achieve.

I can only hope that the next bit of content is better integrated into the vanilla version of the game. 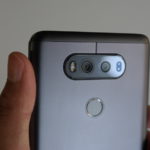