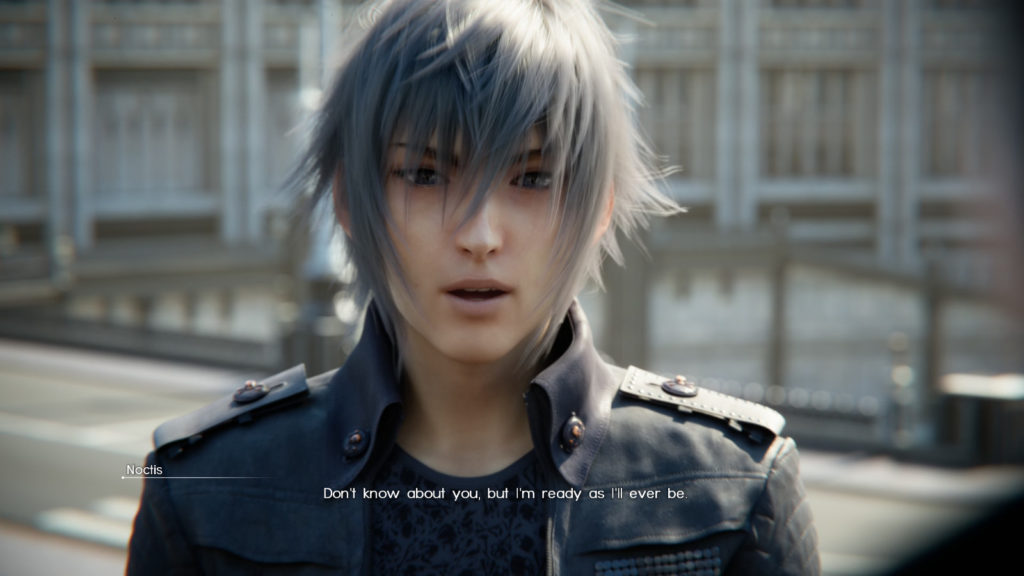 It’s been ten years since Square Enix announced the development of PlayStation 3 exclusive, Final Fantasy Versus XIII. In 2012, the title was rebranded to Final Fantasy XV, the next core entry in the critically acclaimed JRPG franchise. After a decade of waiting, should fans be excited about the long-awaited title, or denounce it as their own Final Fantasy?

The game follows a close-knit band of friends on their way to get the future king of Lucis to his wife-to-be. Think of The Hangover, but with monsters and less alcohol.

Noctis Lucis Caellum, the prince and king-to-be, might not be your favourite character straight away. But, in time, as you begin to deal with what he goes through, you’ll to see the true ‘Noct’. He comes across as pretty cold and insensitive. Much like any brooding anime character, this is a clear sign that he’s destined for something great.

What about the other characters?

Ignis Scientia serves as Noct’s adviser, with the pair sharing a deep understanding of each other. Even though he relies heavily on tactical assaults, his strength lies in identifying enemy weak-points. Aside from his dedication to tactical knowledge, his other specialities include cooking and learning recipes, which heal and strengthen the party.

Gladiolus Amicitia, the shield of the future king, feels as though he’s Noct’s older brother, judging by their banter. He’s also one of the overpowered characters. Much like in any RPG, Gladiolus acts as a ‘tank’ as he’s able to both deal and take hefty amounts of damage.

One of Noct’s oldest friends, Prompto Argentum, is the youngest member of the group and an avid photographer. His skills with aiming a camera and photographing his subject are also carried over into how he handles his firearms. Although he’s sort of the weakest of the bunch, if his abilities are used correctly you can find yourself in a pretty advantageous space. To fully understand the story of the game, you’d have to sit through a novella, the mini-series, as well as the Kingsglaive movie which is what the premise of the game is based on. So it’s a bit difficult to chart the game’s story without spoiling too much.

In any event, Final Fantasy XV is incredibly stunning, albeit not Witcher 3 territory, but it still looks really good on standard PlayStation 4 hardware. The graphics engine does drop down in framerate as it pushes the PS4 to its limit, or isn’t properly optimised.

The open world itself is green and somewhat lusher in certain areas, but overall it remained a pleasure to look at.

Things to see and do?

The map is vast, however, that’s only while on foot, but you can feel the game pushing you to explore as much as you can before it begins to take on a more linear role. Various side quests and hunts make it feel busy in a good way. Having the choice to pull the car over for a quick hunt through the fields provides a sometimes much-needed distraction from the main story.

There are many side-quests within the game world, though. And much like the main missions, side-missions also suffer from being either good or boring.

The main story missions will confuse you, even if you manage to put together pieces of it. You’ll be left in the dark if you haven’t watched the anime or movie. Square Enix realises this and, at time of writing, has announced a story-driven patch.

The progression system is much like all the other Final Fantasy games, and doing side quests and hunts predictably earns a lot more experience points than you would if you rushed through the game. The various types of enemies will always keep you on your feet, offering wide-ranging attacks, defences and aesthetics. However, you’ll find that once you reach a certain level (close to level 20), the difficulty curve has an exponential uptick. This would sometimes result in level 54 enemies standing in the way of you and your main quest. There’s always an option to flee past them… but why should you?

All these missions and side quests mean that transport is of the utmost importance. Enter the Regalia.

The king-to-be’s ride is a four-door convertible which aids you throughout your quest, though the game could’ve been much better off without the clunky car on rails. If you don’t feel like sitting in a slow ride around the map, you can always fast travel, but only to places you’ve visited before.

One of the many things Final Fantasy fans love is the cute and fluffy Chocobos. These rideable birds aid you where the car seems to fail you.

Final Fantasy XV isn’t without its flaws at all, but it’s definitely worth a play if you’re a fan of the franchise

One of the biggest things the franchise decided to ditch for this instalment is the turn-based combat. I’m honestly not a fan of turn-based combat, but I am a fan of the franchise and the new real-time battles just brought a fresh experience to the series. The combat is frantic and chaotic, with bright colours blurring in and out of the screen as you hack and slash your way through enemies.

Even though Noct’s actions in combat make it seem as though you’re mashing crazy button combinations, you’re really not. You’re simply holding the strike button and letting the character do the rest, which doesn’t feel engaging.

The fast-paced action and crazy combos are sometimes lost due to an incredibly annoying camera which tends to find the worst angles during combat.

Another complaint I had was that the Royal Arms (Noct’s lineage of weapons) barely feel like much of an advantage when you finally get to wield them. The summons, one of Final Fantasy’s staples, barely even features. However, when you do get to summon gigantic gods, it’s quite a thing to see.

Verdict: This game might have minor flaws (such as an occasionally unpolished UI and bad camera angles), and at times the voice-actors didn’t display the emotion needed for certain scenes. In the end, new and old fans of the franchise will enjoy it anyway. 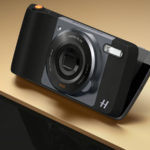