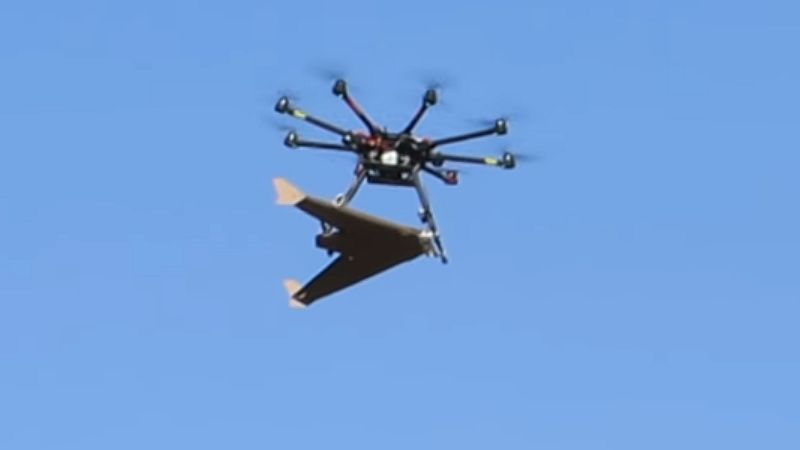 In recent years, drones have slowly cemented themselves as an integral part of our future, providing us with a whole new dimension of possibilities. One of the latest additions to the drone family is the APSARA drone, a drone designed to potentially deliver supplies such as medicine in humanitarian crises.

The project started as a challenge to Otherlab by DARPA, who also helped fund the project under its ICARUS programme, to design a single-use drone that will carry a lightweight payload to its destination and then disappear without a trace shortly after.

To fulfil these conditions, the Otherlab aerodynamics research team immediately turned to cardboard as a base material for the drone. It’s lightweight, low-cost, decomposes in mere months, and has already proven to be a reliable material among drone hobbyists.

“It looks like a pizza box that’s been shaped into a wing,” says Star Simpson, an engineer at Otherlab.

The three-foot wide glider drone was assembled with an origami approach in mind; precision cutting sheets of cardboard with lasers and essentially folding and taping it up like a glorified paper plane.

“It’s like the Ikea of drones,” says Mikell Taylor, team leader at Everfly (a branch of Otherlabs). “It comes as a flat-pack thing with a bunch of sheets of cardboard that’s been laser cut and scored, and you can fold it up when you’re ready to go,” she says. “It’s easy to assemble, you just tape it together.”

The process is so simple that it can take as little as 30 minutes to assemble a single drone, making it perfect for mass production. Otherlabs are also considering pre-printing assembly instruction on the cardboard sheets themselves, meaning that it will require little no knowledge to put the design together. This is an essential goal as one cannot expect engineers to always be around to assemble hundreds of drones. Currently the drone can carry about nine-hundred grams of cargo.

APSARA is designed to be launched mid-air from other aircraft and glide to its target destination. According to Otherlabs, the glider drone can currently reach distances of up to 150 kilometers away with the assistance of two wing flap monitors and a GPS unit that allows it to reach within fifty metres of its pre-programmed delivery point. This is all powered by a disposable battery.

With the focus on rapid decomposition, the Otherlab team is experimenting with a mushroom-based material called mycelium for its final design. If mycelium can be integrated into APSARA design, the decomposition period of the cardboard can go from months to days.

But that still doesn’t solve the problem of the electronics. Currently none of the fitted gadgets are ephemeral, which can present a serious risk when falling into the wrong hands. Fortunately for DARPA though, they already have a few projects underway to address this problem such as the Vanishable Programmable Resources project (VAPR).

Everfly is also currently working on scaling the APSARA design to carry up to the ten kilograms of cargo with the hopes of getting it into the possession of humanitarian organisations such as the Red Cross and MSF (Doctors without Borders) as soon as possible. 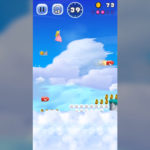