More
Home
Subscribe
Skip
Continue in 10 seconds
Skip
By Hadlee Simons
Read nextThe chase for thin bezels is lovely, but is it worth it? 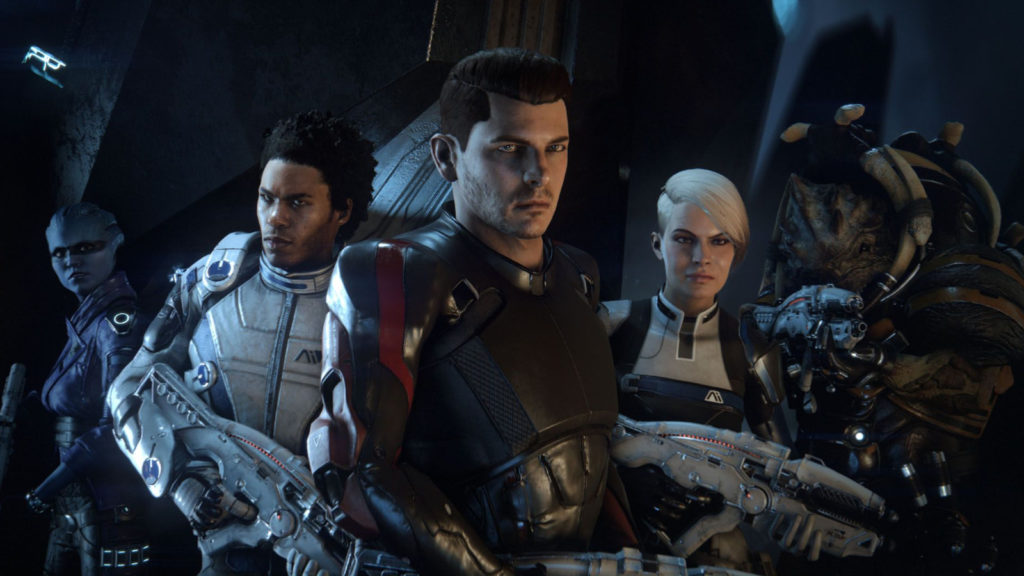 Fans have been eagerly awaiting Mass Effect: Andromeda for a while now, promising to deliver more of the same gameplay and narrative choice that the series is known for.

Now, the first reviews for the title have been published online, and the result? Well, you can check out our review roundup below…

The popular publication praised the combat and the planets, but noted that “mediocre writing and tepid quests” make it quite possibly Bioware’s “worst RPG yet”. Did they forget Dragon Age 2?

“You’re left with a zesty but unsurprising third-person shooter, struggling through a soup of mundane chores – a game of mesmerising, gargantuan landscapes sabotaged by uneven writing and (at the time of review) an astonishing quantity of bugs,” writes Edwin Evans-Thirlwell.

The reviewer notes that the game is more interested in “keeping you busy” rather than keeping you engaged with the story. He also explains that there isn’t an adequate replacement for the Paragon/Renegade system of previous games, but adds that the script has “moments of sparkle” nonetheless.

As for the aforementioned lack of polish? Eurogamer says that on a good day, you can expect major framerate drops and shoddy facial animations. But what about a bad day?

“The least bothersome bugs include enemies getting stuck in mid-air after leaping out of dropships, or trapped inside objects. Further up the scale of severity, I’ve encountered the odd piece of dialogue audio that won’t play, dooming the participants to an eternal stare-off, and a boss that spawns hundreds of metres from where the script suggests it should appear, as though hurrying back from a cheeky cigarette break.” The prominent tech website also got its hands on Mass Effect: Andromeda, saying that the storytelling and role-playing are “as good as they’ve ever been”, for starters.

Unlike Eurogamer, Webster praised the move from the Paragon/Renegade system, saying that he “almost always” found an appropriate choice for conversations.

“The dialogue is important, not just because there’s a lot of it but because it ties into the most satisfying part of Andromeda: the relationships. This is especially true of the Tempest’s crew, who you’ll be spending a lot of time with over the course of the game,” Webster continues. He adds that every team member felt like a real person and that these relationships built in a “steady, natural” manner.

Unfortunately, The Verge reviewer notes that, otherwise, Andromeda is “remarkably poor” as a video game.

“The biggest offender is the quests. While they can be narratively interesting, the missions are almost universally boring. Many are simple fetch quests, tasking you with going from one area to another to collect an item or push a button. Often when you get where you’ve been directed, you’ll find you have to then go somewhere else, and so on, ad nauseam.”

Webster also decries the “repetitive and predictable” missions, the menus (“an absolute mess”) and the raft of technical issues.

“I was forced to reload an old save multiple times after the game froze or dropped my character into a seemingly never-ending abyss. Once I spent 10 minutes talking to a crewmate only to find myself completely stuck behind a potted plant when the chat was done. I had to reload and run through the entire conversation again.”

The gaming website’s review of Mass Effect: Andromeda notes that the game “succeeds, despite a host of problems” in it.

Gies notes that the game did improve when actually playing it, but criticised the simplification of certain aspects, such as teammate customisation/instructions. In saying so, the Polygon reviewer felt that the gameplay was an improvement, citing jump/boost mechanics and overhauled class system.

Other positives by Gies include the “genuinely explorable” worlds, the revised conversation system and the cast/relationship aspect.

Much like the previous reviews on the list however, the Polygon writer decries the numerous stability issues. He noted that this could vary from minor, to well, not quite minor…

“In some rare instances, however, I encountered gameplay bugs that did halt my progress, like buttons that wouldn’t activate or nav points that wouldn’t trigger the next phase of my mission when I hit them. This was always solved by waiting a minute or reloading during my primary Xbox One S playthrough, but it was still pretty annoying.”

Otherwise, Gies notes that the game succeeds, “even if it stumbled getting there”. In his review for Forbes, Paul Tassi explains that Mass Effect: Andromeda might be “too sprawling”, with many unmemorable side-quests to be had.

Nevertheless, Tassi notes that the game’s combat has been “improved in almost every way”, but adds that the difficulty curve can be “odd”.

The Forbes reviewer also praises the move to the new conversation system, explaining that it gives more nuance to the main character. He adds that the crew is another positive aspect of the new title.

“The only squadmate I didn’t really feel connected to by the end was Turian smuggler Vetra, but overall, I liked my crew and the game made me genuinely care about them. Not many series can do that, and it’s always what makes Mass Effect stand out in a crowd.”

Unfortunately, Tassi says that the villains are less memorable than the crew though.

The Forbes reviewer also criticises the animations, particularly with humans, saying that the contrast between gorgeous environments and character conversations can be “jarring”. However, he adds that it’s not as bad as the internet makes it out to be.

“In truth, there are more pressing issues in the game than this, including a number of mission-crashing bugs that were not permanent, but irritating and worrisome all the same.”

The planets are varied too, Tassi explains, but laments the fact that the same three alien creatures are present across these environments.

Much like Polygon, Forbes praises the combat system but decries the convoluted UI in general. Tassi also criticises the crafting system and uneven difficulty.

“Despite its issues, Andromeda is welcome return to one of my favorite fictional universes, and I am still not ready to let Mass Effect go. I’m not sure I ever will be.” 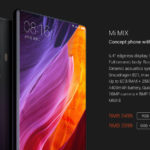 The chase for thin bezels is lovely, but is it worth it?
Mobile Phones • 20 Mar 2017
Read More
More