Apple has released the latest edition of its annual environmental responsibility report, covering the 2016 fiscal year. And the company has set some lofty goals for itself.

The company has a few long-term ambitions, such as stopping mining altogether and getting its entire supply chain to switch to 100% renewable energy, for one. But Apple‘s efforts are already underway, with some impressive steps to be had.

For starters, it said that seven major suppliers have pledged to power their Apple production line with 100% renewable energy by the end of 2018.

It also revealed progress in the packaging department.

“To preserve precious resources, over 99 percent of the paper in our product packaging is from recycled or responsibly managed sources. And, in only two years, through partnerships with the Conservation Fund and World Wildlife Fund, we have achieved our goal of protecting or creating enough sustainably managed working forests to cover all of our product packaging needs.”

Apple also shed light on its initiatives to reduce reliance on mining, with the previously revealed Liam robot being one of these solutions. The robot was designed specifically to quickly disassemble iPhone 6 devices for recycling purposes.

“For example, we’ve melted down iPhone 6 aluminum enclosures recovered from Liam to make Mac mini computers for use in our factories, and we’re transitioning to 100 percent recycled tin solder on the main logic board of iPhone 6s.”

The company also revealed that with two Liam lines running, they can disassemble 2.4 million iPhones a year.

Otherwise, Apple says it will also be encouraging people to recycle devices via its Apple Renew programme. 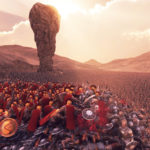