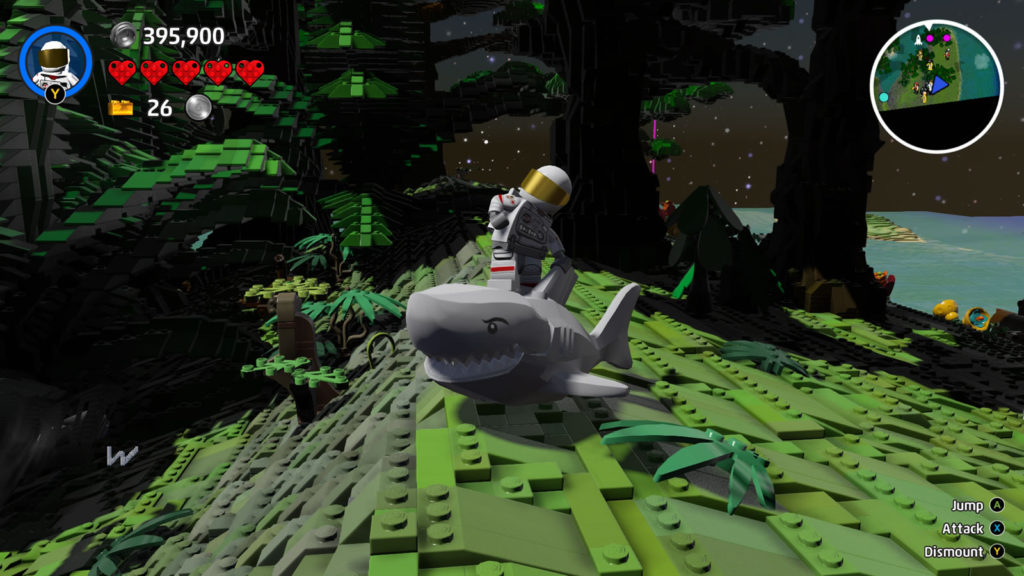 During my final play session of Lego Worlds, the game stopped my character dead in his tracks from exploring as it had to load the rest of the area. What was I doing at the time that triggered this problem? Trying to get a plane off of the ground in order to explore the world, but it crashed into an invisible wall mid-level. That was the last time I played Lego Worlds.

Developed by Traveller’s Tales and published by Warner Brothers, Lego Worlds is a game that strays from most previous Lego titles. It discards licenses like Star Wars or Marvel in favour of Lego’s in-house franchises and aesthetics. It’s also not a story-based game, but rather one where players can build what they want with the titular blocks. Basically, Lego Worlds is trying to be Minecraft, ironically a game that takes some inspiration from Lego, and fails spectacularly.

Lego Worlds starts off promising, thrusting players upon a small world and telling them to collect gold bricks in order to get their ship working again. This introduces players to the very basics of the game, such as jumping, climbing, and being a general nuisance. The narrator, who some will recognise from the Dungeon Keeper series, does a truly fantastic job of helping the player and guiding them along, but he’s not enough to save the game.

Players will get to grips with the range of tools to use in the game that allow them to copy, build, and even paint the area around them. These mechanics are interesting at first, but require a bit more tightening to make them feel second nature.

Everything during the earlier stages is rather pleasant as players complete random quests, pick up new things to build, and generally find their footing. Though, after the first hour of gameplay, Lego Worlds‘s flaws begin to rear their ugly heads as players may question why they purchased this rather cheap new release. Well, because it was cheap. Lego Worlds looks pretty good and unlike its licensed brethren, everything is made out of Lego. The clouds are Lego, the ground is Lego, and the water is delightfully Lego in every way. Each of the randomly generated worlds consists of a single biome, such as Pirate, Volcano, or Forest, though that’s until the larger worlds are unlocked. The worlds, how colourful they may be, look washed out.

The game engine in Lego Worlds just cannot keep up with, well, anything. There are far too many times when the game would completely fail to load half of a world, creating invisible walls that reveal the whole of existence before players are able to cross them, and taking up to full minute to finish the load. These issues can appear after you were in the unloaded area just a few minutes ago.

That doesn’t include the constant frame stuttering and frame rate drops. Sure, some will argue that Lego Worlds is made for kids who don’t mind these things. But should they be subjected to a game that will look like a slide show as its frame rates drop from from frames per second, to seconds per frame?

Then there are those issues which absolutely shouldn’t exist in a game anymore, such as camera control. Far too many times the camera got stuck in the ground, or behind a tree, obscuring my view of trying to paint or copy something, which was infuriating. Couple these with the problems above and Lego Worlds is barely a functioning title. Putting all of the control and visual issues aside, Lego Worlds is a shallow, boring experience. Sure, there’s a free build mode, but it has to be unlocked by slugging through the randomly generated worlds in order to get there, collecting gold Lego bricks along the way. Collecting these bricks is done by completing tasks for random figures, such as flattering ground, building something, or replicating animals. They become very old, very fast.

In order to build goodies, like a crab or a tree, players will need to first scan the object at any time and then purchase it with studs, the in-game currency. It’s a clunky, unnecessary process that feels more like bad design than anything else. Other items requires players to first complete a random quest or whatever other bullshit the game demands. So why can’t players just scan a bird like they can a snake? It’s these types of decisions that make the game convoluted and absolutely unnecessary.

It’s rare that I don’t finish a title for review and in the case of Lego Worlds I couldn’t get to the point of unlocking free-play mode. The technical issues combined with sheer boredom meant I needed to first save my sanity. If you think my review is half-arsed because of not completing the game, well that pretty much sums up what Lego Worlds feels like: a half-arsed and unfinished title.

Verdict: Don’t be fooled by the cheaper price of Lego Worlds. It’s a mess that belongs at the very bottom of a bargain bin in the middle of nowhere. If you’re looking for better experiences then pick up No Man’s Sky or Minecraft, or just step on a few pieces of Lego. 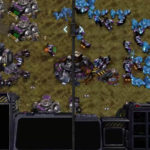