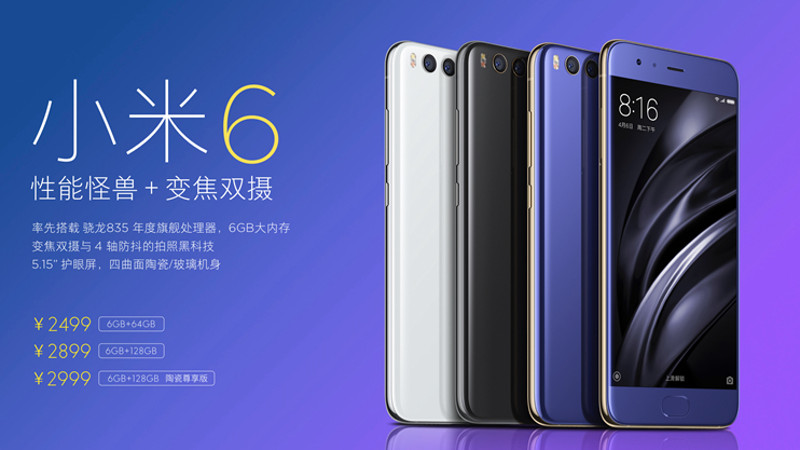 Today is of course Xiaomi Mi 6 day and the Chinese company has finally peeled the curtain back on its latest flagship smartphone.

Looking at the spec sheet, we’ve got a Snapdragon 835 processor, 6GB of RAM for all variants, a 3350mAh battery and a 5.15-inch full HD LCD screen. In the case of the latter, Xiaomi is touting a 1-nit “ultra-dark” display for night-time reading. Interestingly enough, the Chinese firm has also decided to remove the 3.5mm jack, but introduces splash resistance. It’s a bit of a bitter pill to swallow, one would think, especially when you’re not getting full-fledged water resistance instead.

Move to the camera department and you’ll find an interesting feature as well, in the form of a 12MP dual-camera setup that apes Apple’s setup. In other words, you’ve got a traditional 12MP shooter as well as a 2x telephoto camera. Xiaomi is also claiming four-axis optical image stabilisation on the back, but it’s unclear if this applies to both cameras or just one of them.

As for camera features, we’re looking at an Apple-inspired portrait mode and 2x optical zoom. We’re not entirely sure if refocusing and aperture adjustment functionality is in as well, but it does seem like a no-brainer for dual-camera Android handsets.

Other specs include stereo speakers, a “four-sided 3D glass” design and an under-glass fingerprint scanner (not under display, that is).

Update: We erroneously said that the Xiaomi Mi 6 has a dual-camera setup that’s comprised of a monochrome camera and traditional camera. This has been corrected — we apologise for the error. 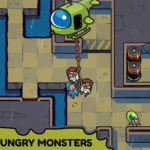