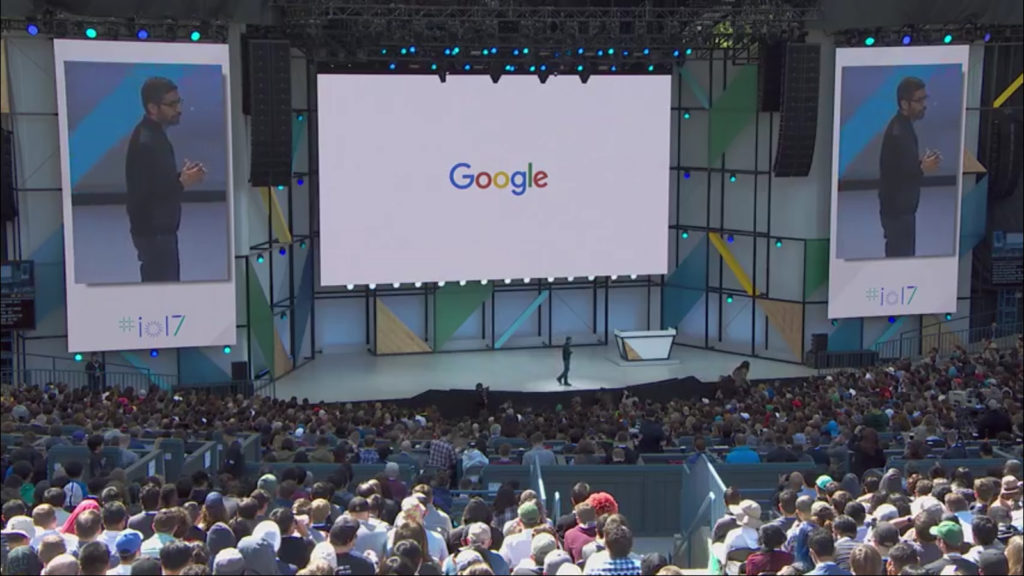 So what does Pichai and the company at large have to share with consumers? Gmail is also seeing some love, as Google’s Smart Reply feature, first seen in Allo, will now be coming to Gmail users, the CEO added. There’s no immediate word on when the feature will be launching though. Pichai says Lens will come to Assistant, giving some innovative examples of its capabilities. For one, it can recognise flowers. Then there’s also the ability to simply take a photo of a WiFi router’s username/password details to automatically connect to it.

Google.ai to be online home for all AI efforts

Google has also announced Google.ai, essentially being the home for all its AI efforts. In a rather cool move, Huffman added that the company is creating a Google Assistant SDK to allow any hardware manufacturer to integrate the service into their gadget. The executive specifically cited smart speakers as one example. Here’s hoping we see Assistant-enabled hardware in South Africa…

From Android Go to Google Lens, there was plenty of news at Google I/O 2017

Another notable bit of news was Assistant’s growing ability to take visual context into account. For instance, Huffman used Assistant to take a photo of a band’s name at a live music venue. From here, Assistant proactively suggested buying tickets to the show. Chandra also touched on several new Google Home features, such as Proactive Assistance. This feature sees the Home speaker lighting up when it has a proactive tip for you, such as traffic alerts. Simply ask the speaker about the alert and it’ll give you the proactive tip.

The second big Google Home feature is hands-free calling, allowing Home users to call any US number for free. Google says it’ll default to using a private number, but you can link your personal number to the function as well.

In addition to newly announced support for Soundcloud, Deezer and the free version of Spotify, Chandra says that the third big Google Home feature is Bluetooth audio functionality. The company revealed Google Photos two years ago, being a sensation thanks to its automatic backup functionality and smart functionality. Google’s Anil Sabharwal was on-stage to announce three more features for the service.

For starters, Google Photos will receive Suggested Sharing functionality. The service will remind you to share specific photos, but also suggest people to share them with (taking into account the people in the photos, as the above picture shows).

The second big Google Photos feature is Shared Libraries, which sees users able to automatically share photos with specific people. You can choose to share your entire library or photos of specific subjects.

One of the examples cited by Sabharwal was if you wanted all the photos you’ve taken/will take of your children being automatically shared with your partner.

Suggested Sharing and Shared Libraries will be coming to Android, iOS and the web in the coming weeks.

The third Google Photos feature is Photo Books, allowing you to create a physical photo album that gets sent to you. Predictably, Photo Books is only available in the US for now, but plans are afoot for more countries. The video-streaming colossus made waves earlier this year when it announced YouTube TV, essentially being a cable TV service to take on existing cable providers. So what was on-hand at I/O 2017?

For starters, the company announced that 360 degree and live 360 degree YouTube videos were coming to TVs. Then there’s the company’s recent Super Chat functionality, which lets you essentially purchase comments.

However, YouTube is also releasing an API for Super Chat, which will allow a comment to have a real-world effect. For instance, a comment could turn real-world lights on and off (or throw water balloons at the Slow Mo Guys, as seen in the screenshot). Yep, it was inevitable that Android would get some time in the sun at I/O 2017, so what was announced?

Google revealed that Android O would be coming later this summer, detailing a few other previously announced features as well, such as Picture-in-Picture and a tweaked notification system (called Notification Dots).

The latter sees users able to long-press an app icon to get a notification, instead of using the dropdown menu.

The company also showed off smarter copy/paste functionality in Android O, such as suggesting Google Maps when you highlight an address, for instance. Another neat feature is Google Play Protect, which scans apps for threats.

However, one of the bigger announcements was that the Kotlin programming language was coming to Android. Google says that Android Go devices can get away with having 512MB to 1GB of RAM. There are also a few software tweaks for Android Go handsets, such as enabling Chrome’s data saving feature by default and the lightweight YouTube Go app. Last year saw Google announce its Daydream VR platform, but what else has the firm got to announce?

Well, for starters, the Mountain View company said that the Galaxy S8 and S8+ will get Daydream in a software update. However, Google also said that LG’s next smartphone (presumably the rumoured OLED-equipped V30) will have Daydream support when it launches later this year.

Want a standalone VR headset? Then you’ll be pleased to know that Google is working on a platform with positional tracking, and HTC is one of the device partners. 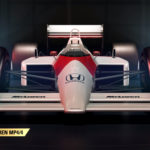