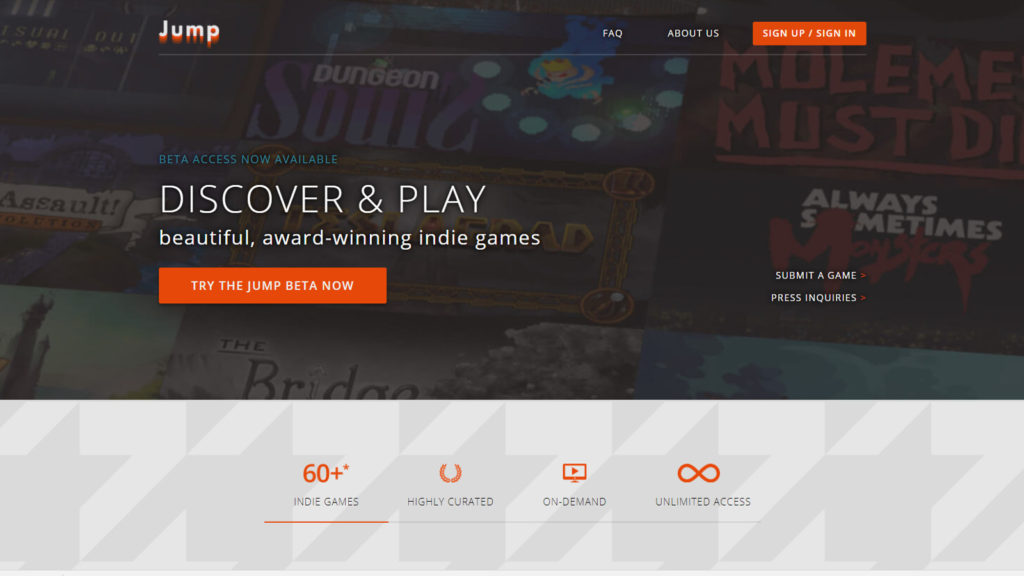 Earlier this week, we reported on Jump, being a subscription service to play indie games. The ad-free, all-you-can-eat service makes use of “HyperJump” downloading technology, so you don’t need to stream the game or permanently download it to your machine.

Jump is set to launch in “summer 2017”, with the beta already available in South Africa, for starters. We interviewed CEO Anthony Palma, covering the technology used, the likelihood of multi-gigabyte games hitting the service, a console version of Jump, and more.

Gearburn: How did the idea for Jump come about?

Anthony Palma (AP): We founded the company way back in 2012 as a game development studio, and we never released the game we worked on (until now! It’s Stunt Runner, on Jump’s beta) because we realised there were two major problems for developers: discoverability and distribution.

When Unity made an announcement that they’d support WebGL builds in late 2014, we saw a tremendous opportunity to finally build the experience people wanted in a subscription service, since video streaming just doesn’t work fully as intended. Hence, the idea for Jump was born in 2015.

Gearburn: Tell us a little bit more about the proprietary tech used. Is it a case of downloading the game data to a temp folder then?

AP: Pretty much, yes! It’s sort of in between the user experience of streaming and of permanent downloads without being either one. At a high level, we work with native web builds of games out of any major game engine, add our HyperJump plugin to them (very simple integration), hook them up to PlayFab, our 3rd party partner for cloud save, leaderboards, multiplayer, etc. All cross-platform, and then load them into Jump.

The way our HyperJump tech delivers the game is essentially a “temporary” download of the content to your device, in chunks (so no huge downloads at once), with no permanent install required. What that means for the user experience, then, is that you’re able to quickly get into games on Jump without permanently installing them, but since they’re delivered to your local device, they run as if they were installed, with no latency or quality issues (i.e. not streaming).

When you load a new game, we flush out the cache of that old game so you’re not using up all your storage space. And, since PlayFab enables cloud saves, your save data can be taken with you, even between different devices.

AP: While we don’t support that in beta, I can say something to this effect is in the works for launch or shortly after so you can load your frequently-played favourite games much faster.

Gearburn: Of course, indie games are generally smaller than blockbuster titles, which makes the download tech work a little better, one would assume. Are there any size restrictions imposed by Jump on indie games? Or can we expect multi-gig games at launch?

AP: Since web tech allows developers to break their games up into chunks and deliver the data as needed, large games can actually load incredibly quickly when optimised. Always Sometimes Monsters in our beta, for example, is a 500MB game that loads virtually instantaneously because its engine, RPG Maker, optimises their exports by default.

We don’t have any multi-gig games at launch, but we’re also not worried about them if they’re optimised. We ask developers to have their first scene load in less than 60 seconds on a 15mbps connection (so we want it to be roughly 100MB or less) to keep a quick-loading experience.

Gearburn: Could you be a little bit more specific about the games in the launch catalogue? Any titles you’re willing to share?

AP: We’re keeping our full launch library close to the vest as we continue to sign deals and get ports in, but a couple (of) great examples of high-quality indies that are in the beta are The Bridge, Always Sometimes Monsters, and Teslagrad. All award-winning, big-selling, highly-rated games (all three of our curation criteria).

Gearburn: There was a mention of a US$9.99 ‘introductory’ fee. What’s meant by that? Is that for the lowest tier of the service? Is it a promotional price?

AP: Currently we have no timeline on leaving our introductory price as we continue to add content, features, and platforms. And while we aren’t discussing future growth plans at the moment, what I can say is that we want every subscriber, regardless of any potential future tiers, to always have access to all the content on all the devices we support.

Gearburn: Are there any plans to bring the service to the likes of consoles?

AP: Jump’s technology allows us to expand to virtually any platform in the future, so for now, we’ll say that we’re evaluating various options.

Gearburn: Did it take much convincing to bring indie studios to the service?

AP: We mostly approach developers whose games are no longer selling well on premium stores, so we want them to know we’re not trying to ever cannibalise/replace their premium sales opportunities (although some developers are approaching us wanting to launch their games on Jump), which makes them a lot more receptive to Jump. That, coupled with the fact that the porting process out of most engines is very simple, has made our conversations quite positive.

We work directly with them through every step of the process, from understanding when it’s best to bring their games to Jump, to walking through the porting process, to make it as painless as possible. And, for select games, we offer small advances on revenue to de-risk the time it takes to do the port and QA a new build.

Gearburn: Could you also give us a breakdown of how devs are paid out?

AP: Seventy percent of Jump’s net revenue is paid out to developers every month. It’s broken up between developers based on play time — so essentially, number of minutes in your game vs. number of minutes in all games would be your split of the 70% that month. Based on some rough guesses on average play time, we think it’ll work out to $0.25-0.50/hour. 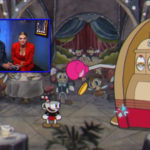