The LG G6 (review) was one of our favourite smartphones of 2017 thus far, even if its low-light performance was erratic and it wasn’t as powerful as the likes of the Galaxy S8 (review). Now, the V30 has finally been revealed, upping the ante in quite a few ways.

Thanks to the screen and horsepower, the V30 also packs support for Google’s Daydream VR initiative.

In the camera department, we’re looking at a 5MP selfie shooter, a 16MP main camera with OIS and a 13MP wide-angle camera. Best of all, the main camera packs an f/1.6 aperture, beating Samsung’s f/1.7 main camera. In other words, it should offer great low-light performance on paper. LG also touted the reduced edge distortion on the wide-angle camera and glass lenses.

The company also introduced Cine Effect and Point Zoom features, with the former being very gimmicky. Cine Effect simply applies colour presets/advanced filters in the style of a movie genre — go figure. Point Zoom, however, “allows users to zoom in on any subject smoothly using the zoom slider, regardless of its position in the frame”.

We’ve also seen two more features touted in the camera department, in the form of LG Cine-Log and Graphy. The former grants users the “ability to preserve a wide dynamic range and color gamut” in recorded videos, while the latter caught our eye when LG revealed the feature earlier this month.

“With Graphy, any shutterbug can produce quality photos simply by choosing the image and pressing the shutter. Available in Manual Mode, users can select professional images from the Graphy website or mobile app and apply the same presets such as white balance, shutter speed, aperture and ISO to photos taken with the V30.”

As for other features, you’re looking at voice recognition, facial recognition via the selfie shooter (no word on whether the security has been improved), B&O Play earphones in the box and MQA tech for high-quality streaming.

“The V30 will become available to consumers in South Korea starting on September 21 and will be followed by key markets in North America, Asia, Europe, Africa and the Middle East,” LG confirmed.

We’ve contacted LG South Africa for more information and will update the article when we receive a response. 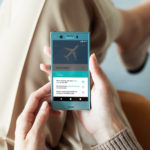