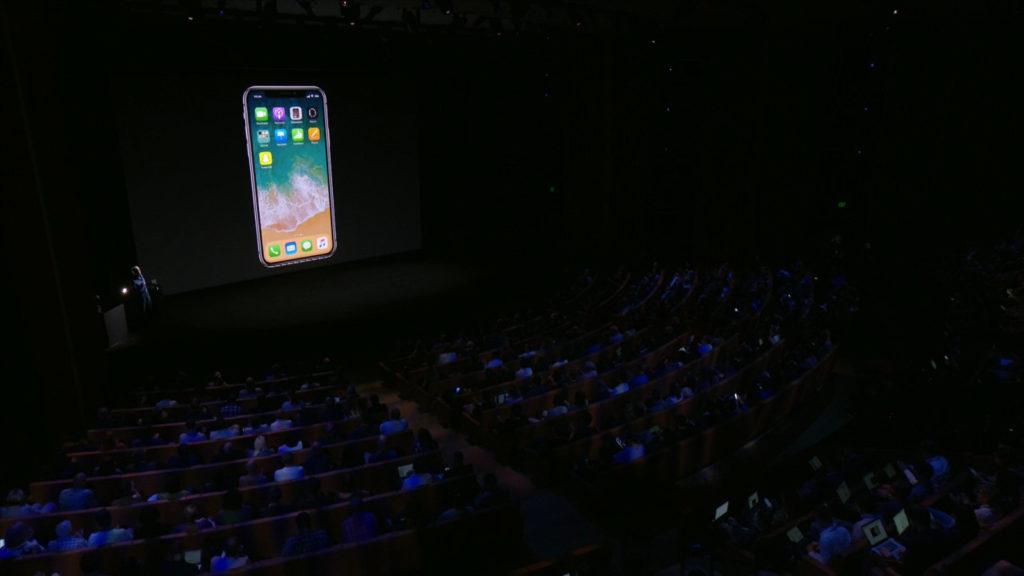 We’ve read the reports. We’ve seen the renders. We’ve cast our eyes on the code references. Now, it’s time for Apple to show us what it’s been working on.

From the iPhone X to the Apple TV 4K and more, here’s what the company had to share… 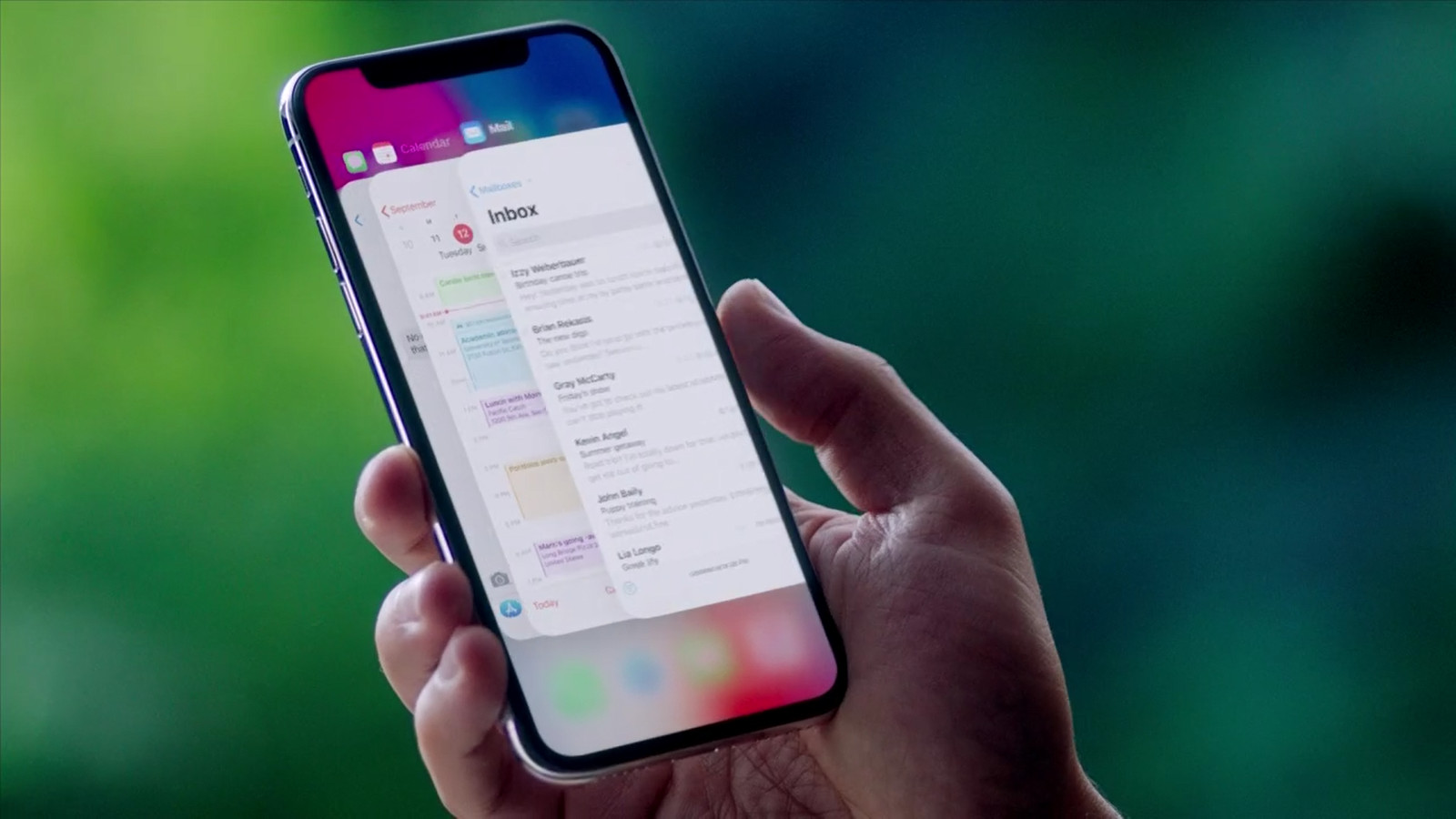 The headline gadget of the event was indeed the iPhone X (it’s a Roman numeral, so “iPhone ten”). And yes, it features a 5.8-inch HDR-capable OLED screen with that oft-leaked high screen/body ratio, which Apple has taken to calling a Super Retina Display. The phone packs 3D Touch support still, so fans of that tech should be happy.

Powered by the hexacore A11 processor, the phone ditches the home button and Touch ID in favour of Face ID. The facial recognition system essentially shoots out an IR blast and thousands of “dots” to your face, matching it to the stored “mathematical formula” of your face. Apple says photos and realistic masks shouldn’t be able to spoof the facial recognition tech, while Apple Pay and third party apps will work with it too.

Apple’s US$999 phone (available 27 October in 64GB and 256GB flavours, but not in South Africa just yet) also offers an interesting take on UI navigation. Instead of using the home button, we now use BlackBerry 10-style swipes. A swipe up after unlocking the phone takes you to the homescreen, a swipe up while in an app closes the app, and a swipe and pause activates the multitasking menu.

There it is. #AppleEvent pic.twitter.com/BBhpNGJOEG

The iPhone X will offer the same 12MP f/1.8 main camera as the iPhone 8 and 8 Plus, but differs by having an f/2.4 aperture telephoto camera with OIS. In other words, expect low-light telephoto snaps to be better than the 8 Plus mentioned below.

Other noteworthy features include Qi wireless charging (with a large wireless charging mat coming next year), IP67 water/dust resistance, portrait-style selfies, animoji (animated emoji characters that take on your expressions, available on the standard models too) and a neat portait lighting effect. The latter, also available on the 8 Plus, essentially combines machine learning and your phone’s flash to intelligently give studio-style lighting effects for portrait mode shots.

It’s also worth noting that Apple opted for a tri-core in-house designed GPU instead of Imagination Technologies’s PowerVR graphics silicon. That divorce was processed more quickly than expected.

For what it’s worth, even though South Africa isn’t on the list of countries for either the iPhone X or iPhone 8 just yet, Cellucity has already posted its preorder page here.

Apple iPhone 8 and iPhone 8 Plus 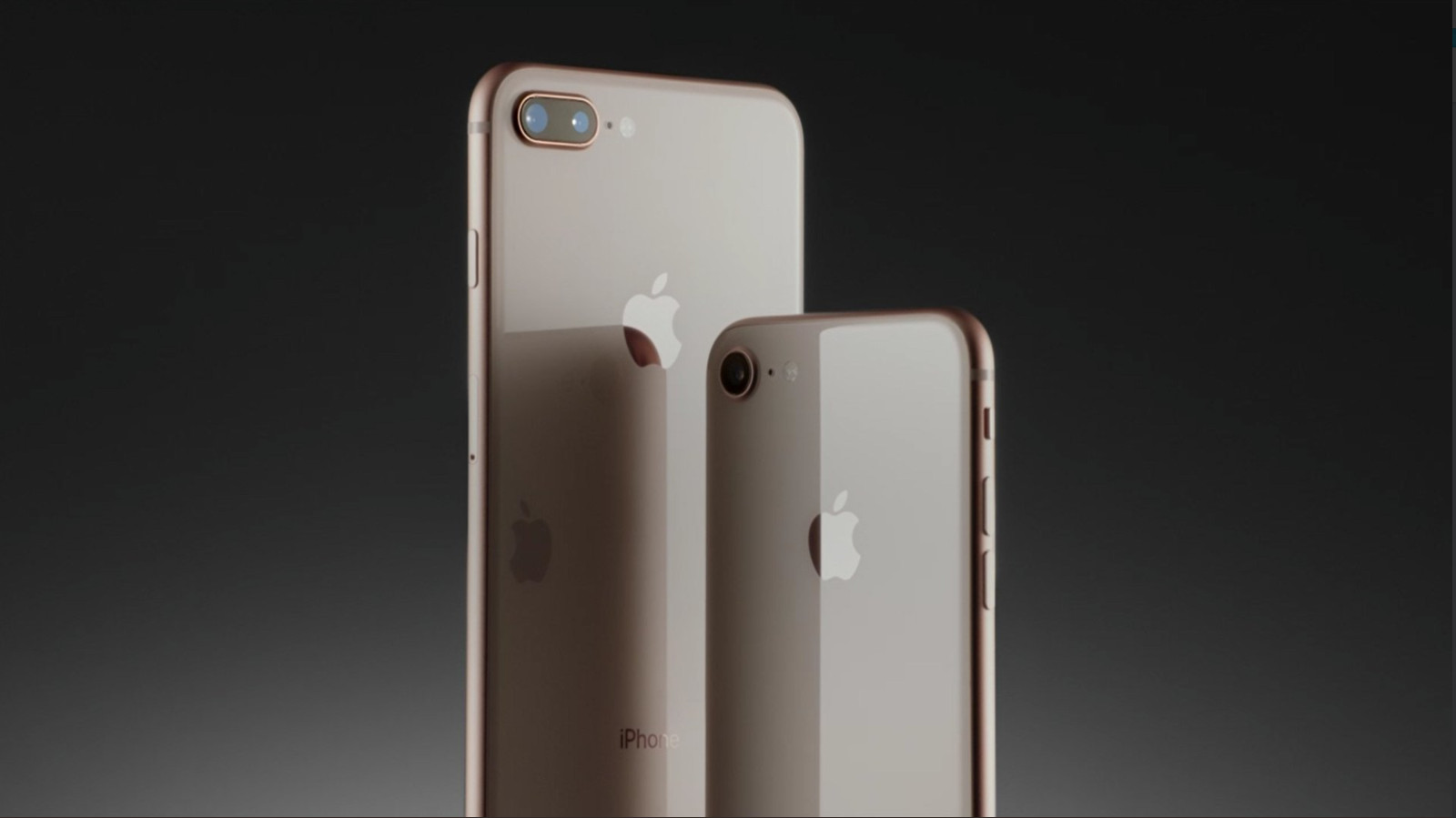 As for the camera department? You’re looking at an upgraded 12MP f/1.8 main camera with OIS for the 8 and 8 Plus, packing 4K/60fps and 1080p/240fps video recording (this pleases us). Meanwhile, the Plus model packs a 12MP telephoto camera with an f/2.8 aperture. And that portrait lighting feature on the iPhone X comes to the Plus model too.

Apple’s devices start at US$699 and US$799 for iPhone 8 and iPhone 8 Plus respectively. The devices will be available next week (in the USA) in 64GB and 256GB variants. 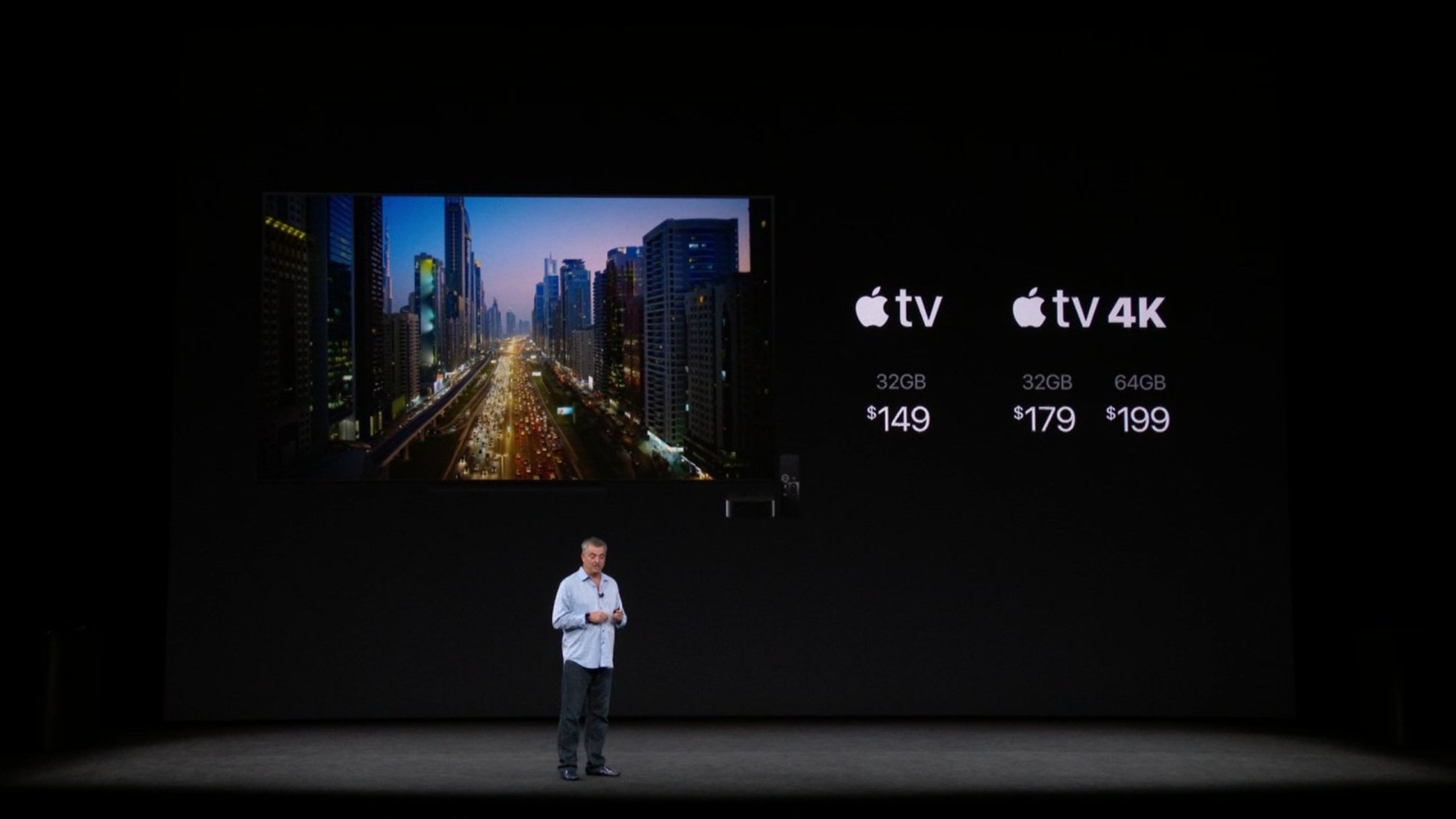 The Cupertino company’s streaming box is back for a refresh, offering 4K HDR capabilities and an A10X chip seen in the iPad Pro.

The company confirmed that it was working on 4K content for iTunes, coming at no extra charge compared to HD versions of the same content. And if you have the HD version, you’ll be upgraded to the 4K content for free.

Apple added that Amazon and Netflix are working on 4K content for the new box. 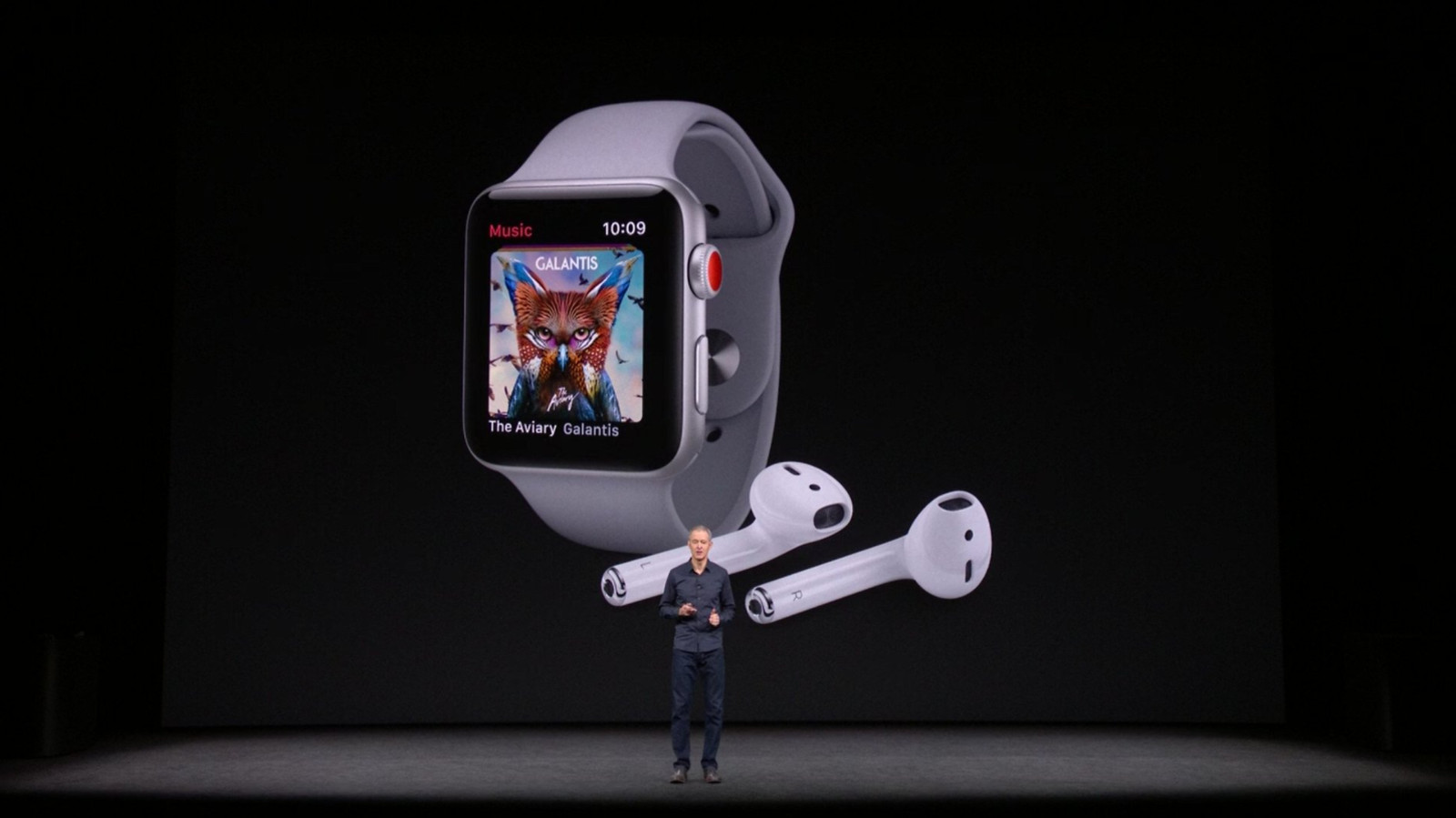 Yes, cellular connectivity comes to the new watch as well. The feature means you can leave your iPhone at home if you want to, while receiving calls and instant messages.

Otherwise, the watch, launching internationally on 22 September, uses an e-SIM and shares the same number as your iPhone, Apple claims. The firm claims 18 hours of battery life and a US$329 and US$399 price tag for WiFi and cellular versions respectively.

As for WatchOS4? It’s coming next month and brings a heart-rate complication, resting/recovery heart-rate features and Apple Music. The company is also launching a heart study that will alert users if they suffer from atrial fibrillation.

Apple stores get an overhaul

The company started things off by announcing that it would be overhauling some of its bigger stores around the world, adding outdoor plazas and meeting rooms for developers where possible.

The firm will also be launching a Today At Apple initative, offering sessions at these stores. These workshops/sessions include everything from music and education to photography. 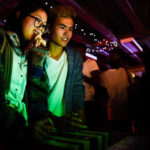