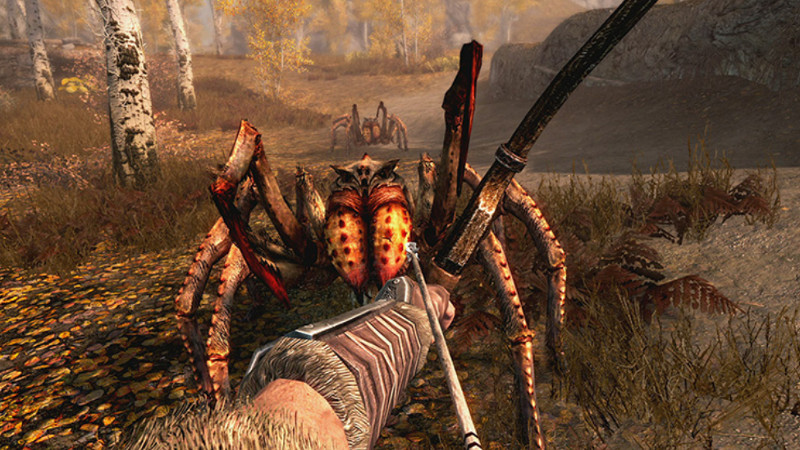 Say what you will about Skyrim being available on almost every platform known to man, but it’s one of the better releases on the Nintendo Switch.

Yes, it’s an old game. But in a launch year that’s seen a ton of goodness come to the Switch, Skyrim on the go is yet another tantalising prospect for owners of the console.

In fact, I’ve only been playing it in portable mode, the Switch keeping me company on a recent transatlantic trip.

The latest core game in The Elder Scrolls series, 2011’s Skyrim is an action/RPG set in a medieval-style open world, with dragons suddenly appearing after a long absence. Choose your character class (each bringing distinct strengths, weaknesses, magical powers and more), customise your avatar and the story begins in earnest, as you seek to stop the beasts.

And there’s a ton to see and do. You could tackle the main quest (and the DLC, which is included in the game), embark on countless side-quests, clear out enemy hideouts, collect various items for alchemy and more.

In the wake of the Skyrim-inspired Breath of the Wild, the older game does (understandably, perhaps) feel a little more antiquated. Where’s the interplay between various game systems, for example, such as fire being a potent weapon, or electrocuting enemies in water? Where’s the flexible cooking system?

Nevertheless, if you spent loads of time with Zelda and never got around to Skyrim, you’re certainly in for a treat. There’s a similar feedback loop of running around and having random encounters on the way to discovering new places and finishing quests.

Where Skyrim does manage to feel more flexible is in the combat system. Link is a jack of all trades, being able to fire off arrows, wield hefty blades and deal magical death. Meanwhile, Skyrim lets you do all this as well, but offers more character classes and associated powers/perks to suit your play style. And the game rewards you over time as you use each skill set. The combat system also adds to replayability, encouraging playthroughs with different characters/play styles. Of course, before the Switch release, the only way to play Skyrim on the go was to get a laptop or similar device. So how does it fare as a portable title?

For starters, you should expect a hefty download of about 14.5GBs or so. The original PC version, this is not. It would’ve been cool if there was an option for downloading the base game only in a bid to save space. What a strange oversight.

The game actually feels pretty well-suited to the Switch in this department otherwise. It’s not perfect, mind you, as the initial loading screen is rather long, while jumping back and forth between open world and buildings can still be a little annoying. But this is Skyrim on the Switch and the ability to fast-travel and/or seamlessly put the system to sleep makes for a good fit for those with only five or ten minutes to spare. Even working your way through smaller dungeons/outposts and journeying from point A to B is a solid experience on portable — although the latter isn’t always ideal.

Truth be told, I’ve only been playing it on the go, so I can’t vouch for the game’s visual quality on TV. But it certainly looks the part in portable mode, with improved lighting and sharper textures than the base game (don’t expect it to look nearly as good as the remastered console titles).

The biggest complaint has to be the control setup though. It’s not a dealbreaker but I do find the Switch’s default control scheme (keeping the JoyCons attached) to be somewhat finicky. Whether you’re trying to pick up coins on a table or aiming your bow and arrow, you’ll need a lot more finesse and a little more patience. Use the Pro Controller, I reckon. It’s still completely playable like this, but expect the default input to be a little less sensitive than you’re used to. Fans of the original game and Breath of the Wild fans will enjoy the ability to play Skyrim on the go. Between the captivating open world (yes yes, it’s no Morrowind), solid character classes and variety of quests, it’ll keep you busy for a while. And then there’s the included DLC, adding dozens more hours to the mix.

But the game isn’t without issue though, owing to the aforementioned controller annoyances, large amount of space (why not give us the option of downloading the base game?) and mildly annoying initial loading times. There is one other major criticism though, in the form of mods or, rather, the lack of them. It’s rather disappointing, especially when the Xbox One and PS4 versions support this functionality. So those wanting Randy Savage dragons will need to look elsewhere.

The price, while cheaper than other console fare, also feels a little steep for a 2011 title — especially when the PC version is way cheaper. But R669 for a meaty, portable action/RPG with DLC? It’s not bad for Switch.

Verdict: The Elder Scrolls V: Skyrim has indeed been ported to almost every platform known to man, so some skepticism around the Switch version is understandable. But this is the best way to play Bethesda’s epic title on the go, even if the control scheme can be mildly annoying and it obviously doesn’t feel as fresh as Breath of the Wild. 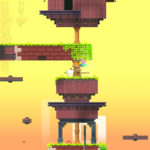