It might not be dominating headlines anymore, but Pokemon Go still enjoys a large and loyal audience. But Apple-toting Pokemon trainers might want to read on, as developer Niantic Labs announced that it was killing support for older iOS devices on 28 February.

“In an upcoming update to Pokemon Go, we will end support for Apple devices not capable of upgrading to iOS 11, such as iPhone 5 and iPhone 5c models,” Niantic wrote on its website. “This change is a result of improvements to Pokemon Go that push the application beyond the capabilities of the operating systems on such devices.”

“After that date, trainers using affected devices may no longer be able to access their Pokemon Go accounts from that device, or use their PokeCoins or other items in their bags.”

The game has seen a ton of love from Niantic since its launch though, delivering new Pokemon, raid battles and better augmented reality effects. No wonder it made our list of 2016 video games that became great in 2017. 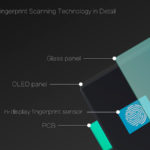