Meizu has already revealed one major phone this year, in the form of the M6s, packing a side-mounted fingerprint scanner and mid-range Samsung Exynos processor.

Now, China’s TENAA regulatory body has revealed the existence of one more model. Or rather, there seem to be two listings for near-identical models, dubbed M851M and M851Q. Fortunately, previous leaks point to this being the Meizu E3.

The information and images show that the devices pack a 5.9-inch 2160×1080 18:9 display — reminiscent of the LG G6 (review). Otherwise, the images also show side-mounted fingerprint scanners, MBlu branding on the back and a dual camera housing that’s a dead ringer for the iPhone X camera hump.

The Meizu E3 seems to be a capable mid-range device, albeit with two high-res cameras on the back

As for specs, the devices pack a non-descript 1.8Ghz octacore processor, 4GB or 6GB of RAM, 32GB/64GB/128GB storage, earphone jack and a 3300mAh battery. Selfie fans should expect an 8MP shooter, while the dual-camera setup is comprised of a 12MP and 20MP combination.

The listing so close to MWC 2018 suggests that the device will be launching in Barcelona indeed. So if that’s the case, we’ll get more details (such as processor, pricing etc) then.

But we’re particularly keen to see what kind of processor is in the device. The company has traditionally used a combination of Samsung and Mediatek chips for its phones, owing to a squabble with Qualcomm. However, the two sides have since made up, so a Snapdragon-powered Meizu E3 isn’t out of the question. For what it’s worth, the new Snapdragon 450 (expected to power some budget devices in early 2018) is an octacore chip clocked at 1.8Ghz — then again, so is the ageing Mediatek Helio P10. 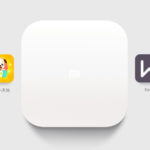