By Shereesa Moodley
Read nextHuawei MediaPad M5 Lite vs Samsung Galaxy Tab A 2018: which premium tablet should you buy? [Sponsored]

Valve has finally released an iOS Steam Link app on the App Store for iPhone, iPad and Apple TV.

This means that users can now access their desktop games on their Apple devices.

“Just pair an MFI or Steam controller to your device, connect to a computer running Steam on the same local network, and start playing your existing Steam games,” the company explained.

The app is available for download on iOS 10 devices and higher.

According to a report by The Verge, the move comes after a Supreme Court ruling in the US gave the go ahead for an antitrust lawsuit against Apple.

The lawsuit claims that Apple is an “allegedly monopolistic retailer”. 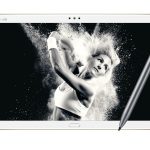