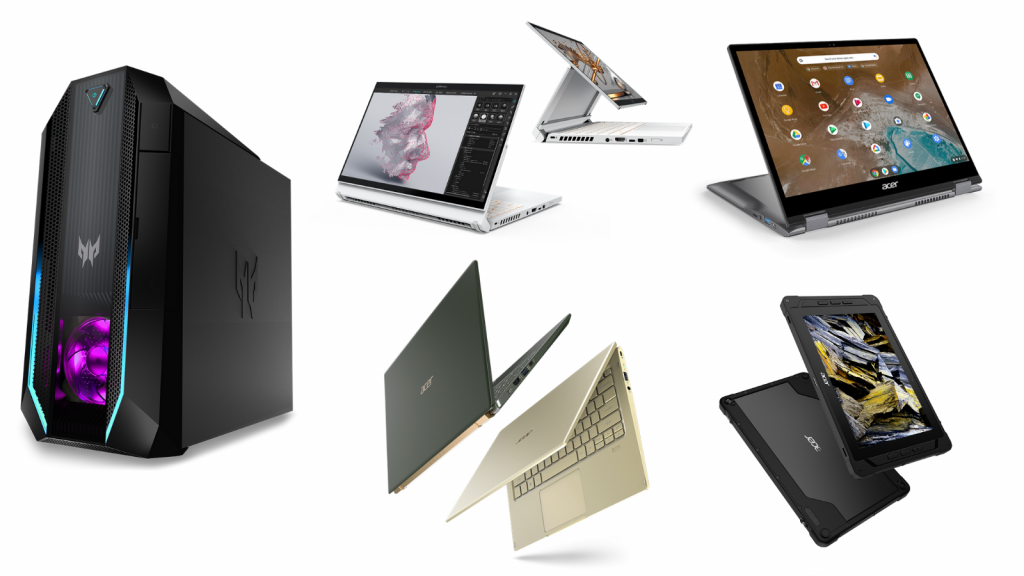 Acer announced a diverse range of new products and devices at their global media event on Tuesday — including new ultralight laptops, rugged tablets, and gaming setups.

The global event was streamed live from Taipei and included the introduction of the new Enduro range of rugged devices, updated versions of the Predator and Nitro gaming laptops, new monitors, and the ultrathin-and-light Swift 5.

We’ve rounded up the new products and announcements below:

The laptops also feature ChromeOS rather than a Windows or Mac operating system. 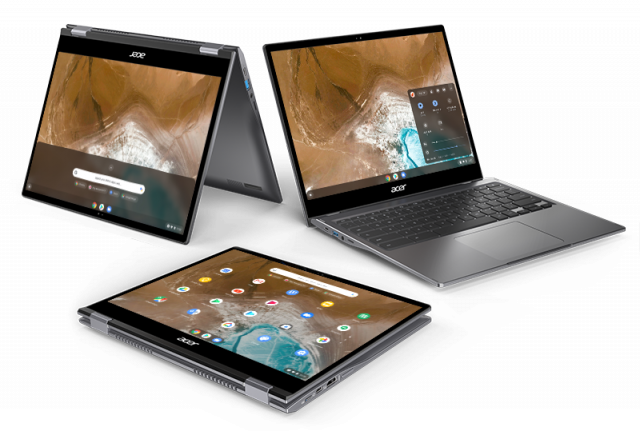 The Acer Chromebook Spin 713 features higher specifications that its 311 counterpart.

For those concerned with durability, the Chromebook Spin 713 comes with a military-grade reinforced design (U.S. MIL-STD 810G compliant).

An enterprise version of the device is also available. 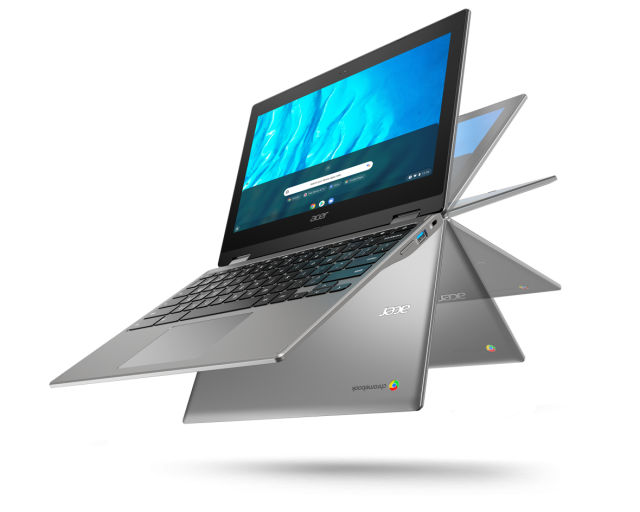 The Chromebook Spin 311 is an affordable 11.6-inch laptop aimed at consumers on a budget. It has a Mediatek MT8183 processor, weighs 1kg, and has up to 15 hours of battery life.

The product focuses on affordability and portability.

The ConceptD series is designed specifically for creators. At the global press conference on 23 June, Acer announced additional products coming to the range — including a versatile easel-like convertible laptop. 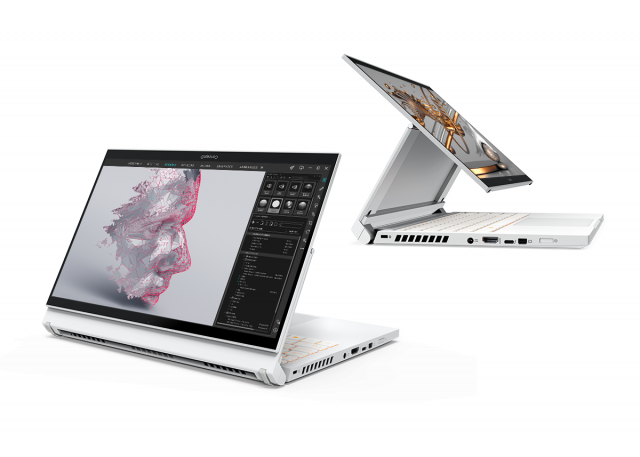 The Ezel hinge gives users the ability to switch between six usage modes: such as stand mode for drawing content or display mode. It comes with around 18 hours of battery life,  programmable keys, and a USB Type-C Thunderbolt 3 port.

You can choose between a 10th Gen Intel Core i5 or i7 processor for the device, as well as a Nvidia Quadro T1000 or GeForce GTX 1650Ti graphics card. 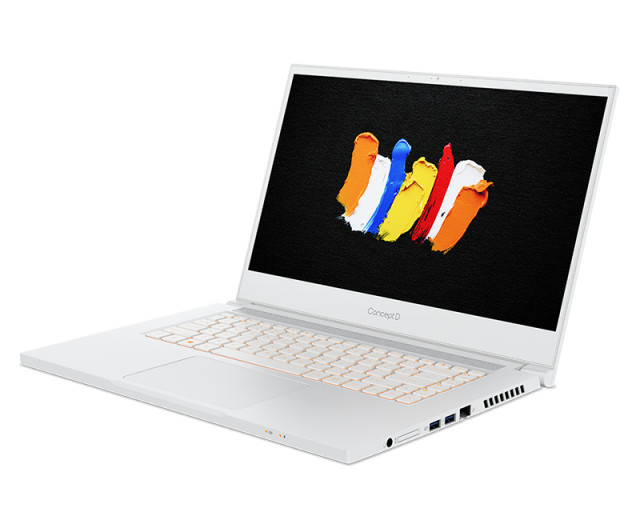 The ConceptD 3 notebook offers the performance and portability that designers need, but with a more traditional laptop form factor. 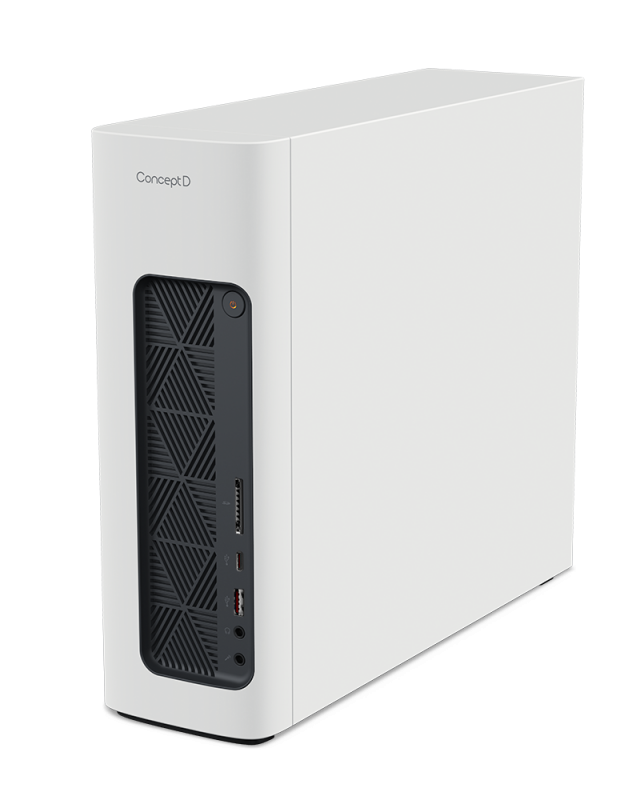 Acer has also launched a prebuilt desktop for designers and creatives called the ConceptD 100. The device focuses on providing the power needed for graphics-intensive design work and entry-level 3D CAD modelling. 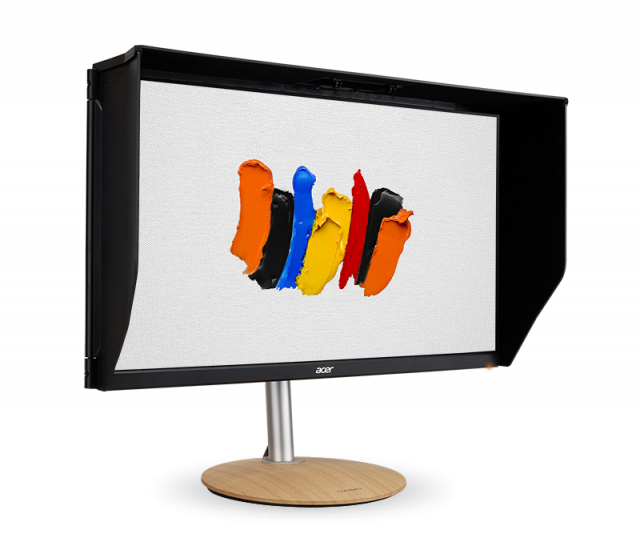 The ConceptD CP3 monitor has similar specifications, but supports 98% of the DCI-P3 wide color gamut. It has a WQHD 3840 x 2160 display with a refresh rate of up to 165Hz.

Acer also introduced a new range of rugged devices aimed at first responders, field workers, industrial environments, and other users who need a device that can endure harsh handling and an outdoor environment.

The Enduro range includes both laptops and tablets. 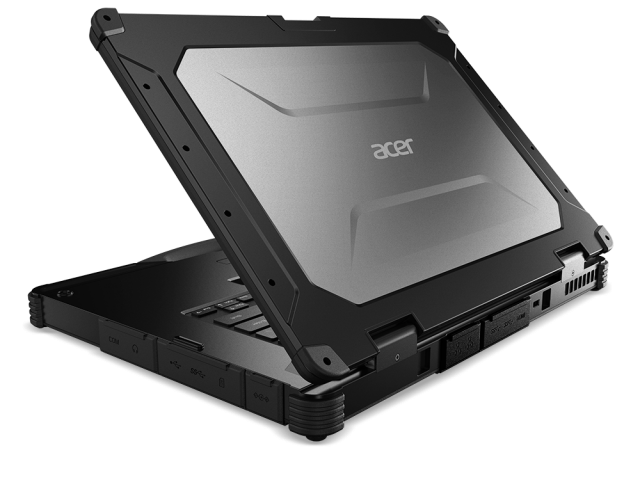 The Acer Enduro N7 is a rugged laptop made with shock-absorbent materials. It has both military-grade durability certification and a water and dust-resistance rating of IP65.

It features a 14-inch FHD screen and a hot-swappable battery. The device also comes with an 8th gen Intel Core i5 CPU. 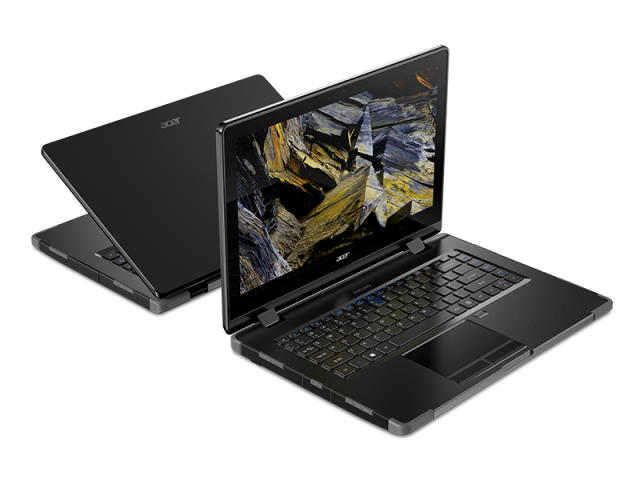 The Acer Enduro N3 is a higher performance rugged notebook, featuring a 10th Gen Intel Core i7 CPU and 32GB of DDR4 RAM.

It features a similarly rugged design to the N7, but is lighter and carries an IP53 rating.

Users can also opt for a discrete Nvidia graphics card if they need the laptop to handle higher workloads. 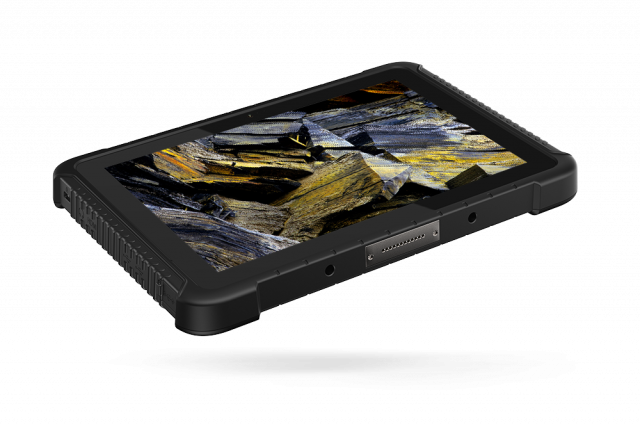 The Enduro T5 is one of the additions to Acer’s new rugged tablets lineup. The 10-inch Windows tablet features a 10-hour battery that can also be swapped out — a rare feature seen in today’s tablets.

The device is aimed at logistics and manufacturing workers, with optional accessories including docking stations, hand grips, car holders, and shoulder straps. 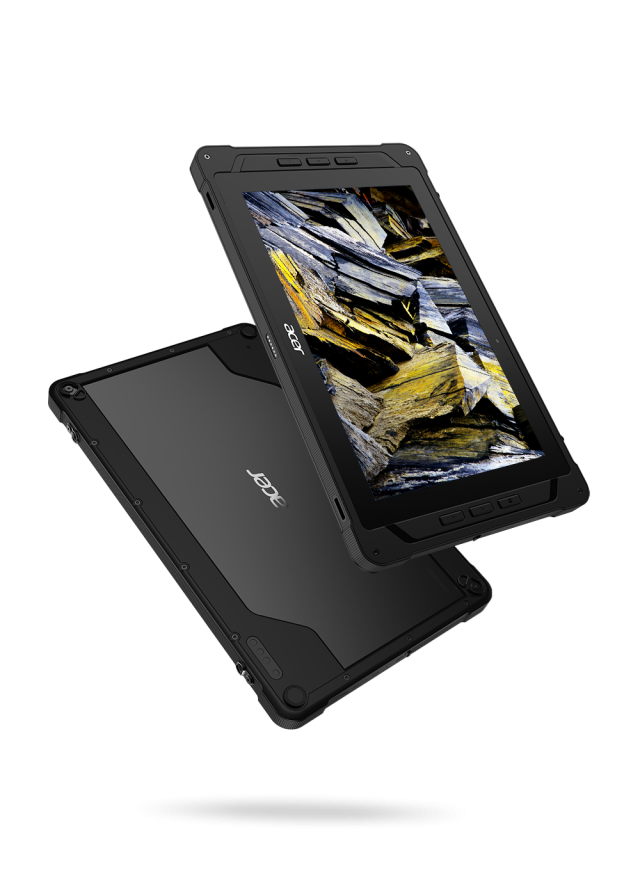 The new Acer Enduro T1 rugged tablets come in two variants. One model is a 10-inch Windows tablet that can also double as a 10.1-inch notebook if users opt for the portfolio keyboard.

Both devices can be used while wearing gloves, making it useful for these environments.

The company also introduced updates to the displays of the devices, including 240Hz or 144Hz refresh rates. 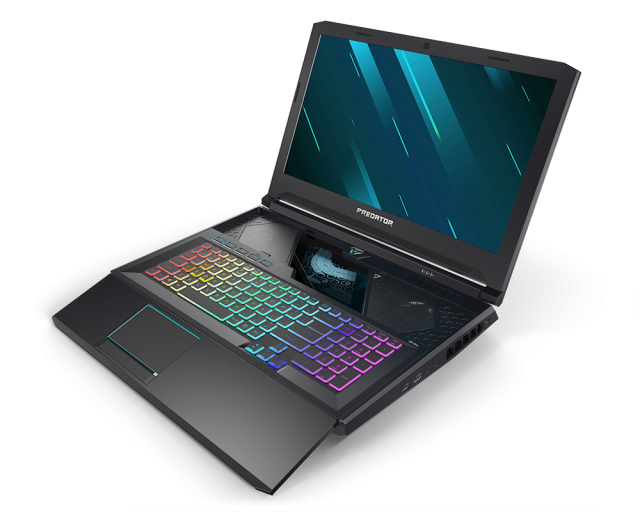 The Predator Helios 700 will now offer options for 10th Gen Intel i7 or i9 processors, as well as additional GPU choices between the Nvidia GeForce RTX 2080 Super or RTX 2070 Super GPUs. 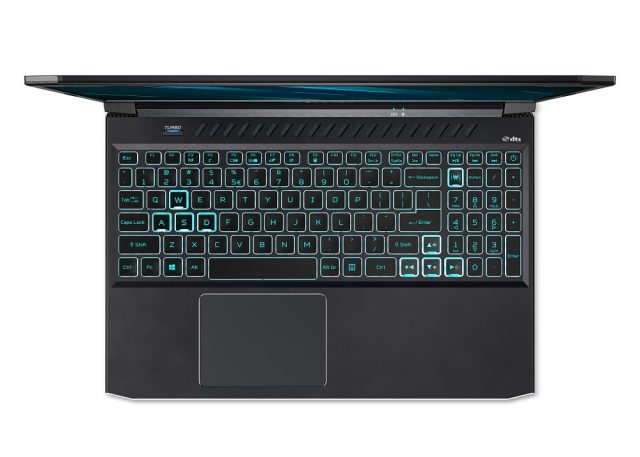 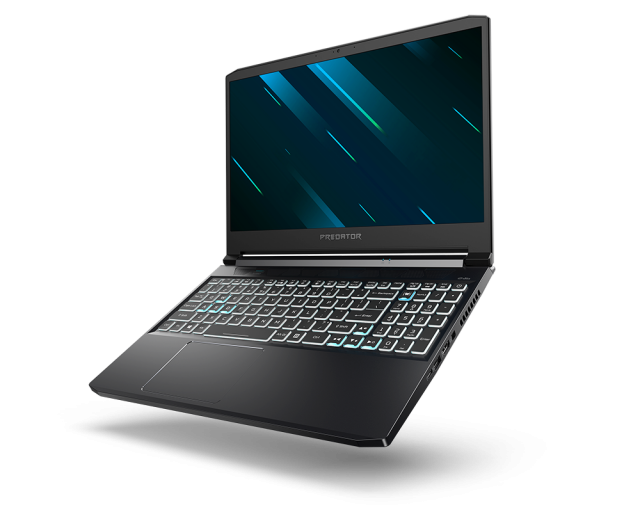 The Predator Triton 300 received similar upgrades as the Helios 300 for its 2020 edition.

The refreshed laptop will include a 10th Gen Intel Core H-series processor, up to a Nvidia GeForce RTX 2070 for the graphics card options, and a 15.6-inch FHD IPS display with a 240Hz refresh rate. 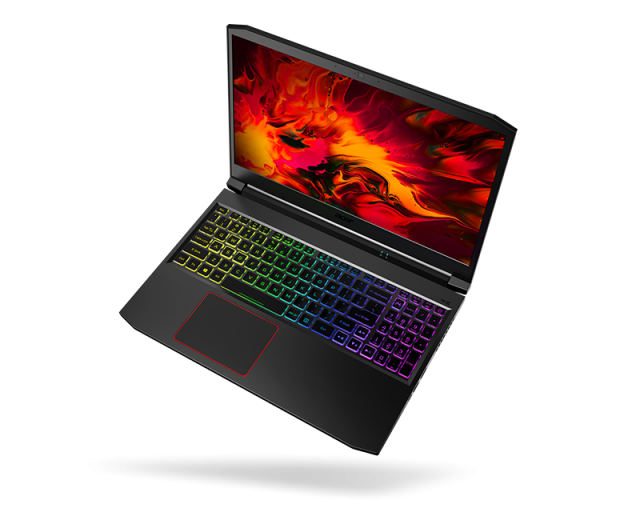 Acer also introduced an updated Nitro 7 with a 10th Gen Intel Core H-series processor and up to a GeForce RTX 2060 GPU.

Unfortunately for those interested in the device, Acer South Africa has confirmed that the laptop will not be launched locally.

Acer also announced updates to its pre-built gaming desktop offerings, as well as an expanded range of gaming monitors. 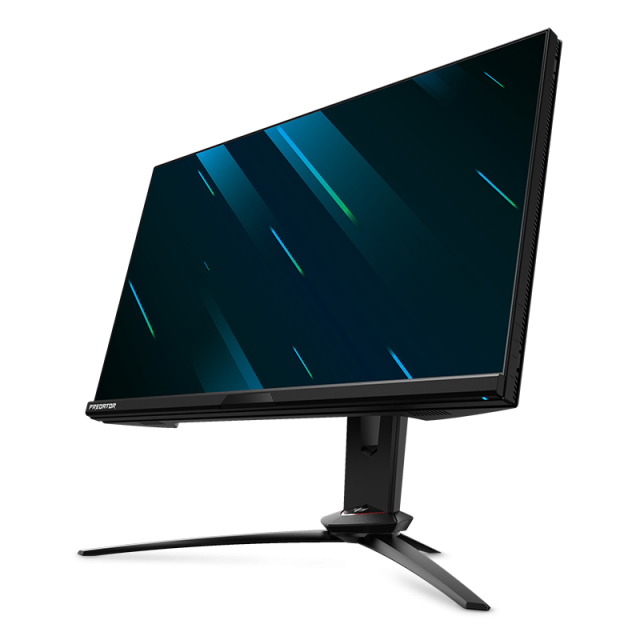 The monitor also supports automatic brightness and colour adjustments based on environmental light — meaning that gamers won’t have to manually change their settings as the day progresses. 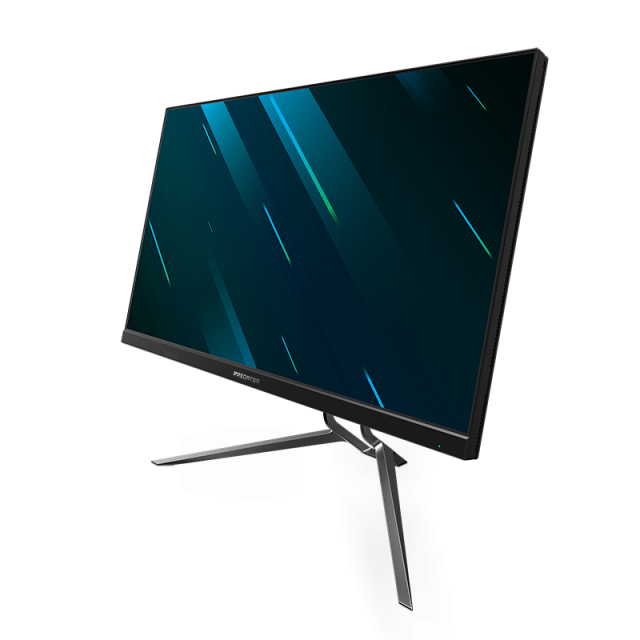 Acer announced the launch of four Predator XB3 monitors for those looking for a large gaming monitor. These include 31.5.-inch, 27-inch, 24.5-inch XB3 monitors.

All of the new monitors also feature a 240Hz refresh rate and 4K resolution. 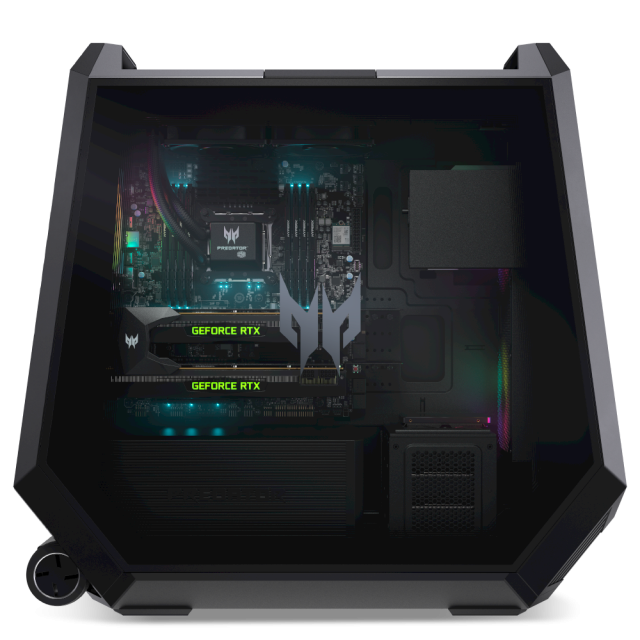 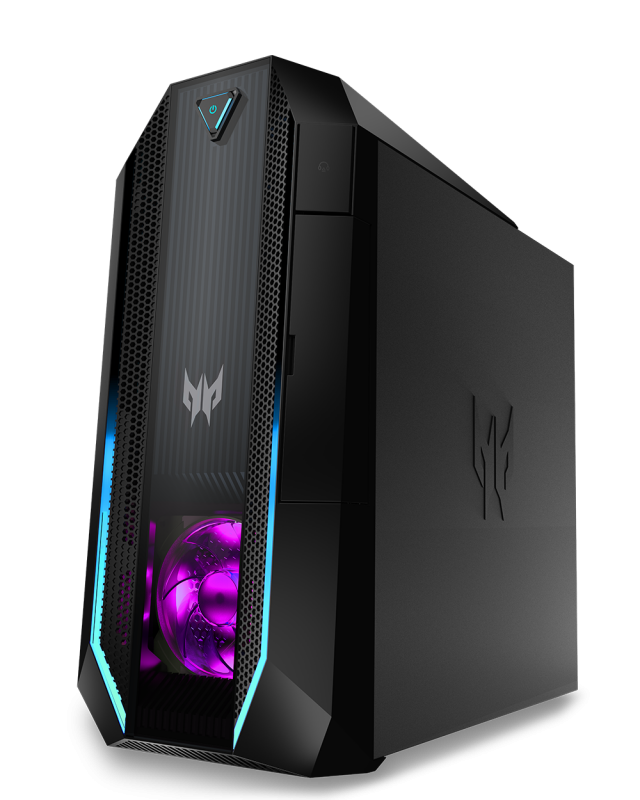 The desktop also features up to 1TB of SSD storage and up to 64GB of DDR4 RAM.

For more casual gamers looking for a pre-built gaming rig, Acer’s refresh updates the desktop with a 10th Gen Intel Core i7 processor, up to a GeForce RTX 2060 Super GPU, and up to 64GB of DDR4 memory. 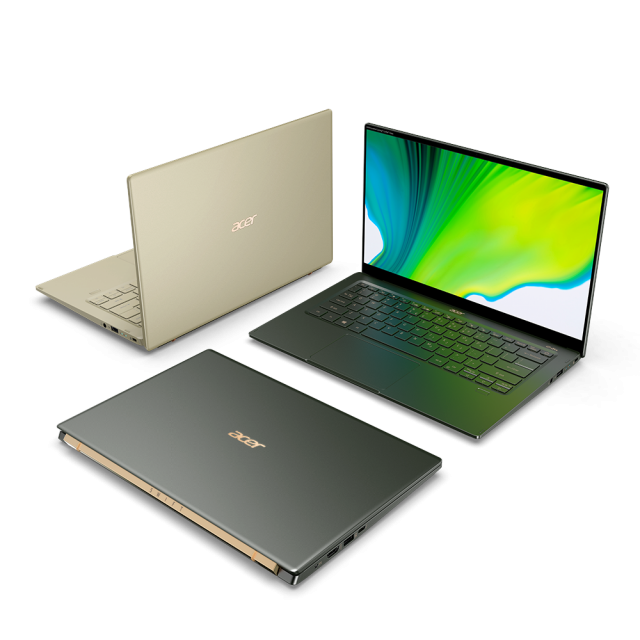 The updated model features a 90% screen-to-body ratio and a touchscreen with antimicrobial glass. Meanwhile, even with an optional Nvidia GeForce MX350 graphics card, the device stays just under 1kg.

In addition to this, the model includes new colour options, a fingerprint reader, and faster charging.

Where to buy new Acer devices

Acer will be launching its products in different regions in the coming months. You can find out more about the devices or watch the recording of the stream on the Acer website.

Gearburn.com will publish a list of the confirmed devices and prices for the South African market this week. 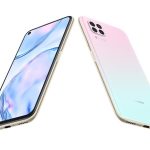