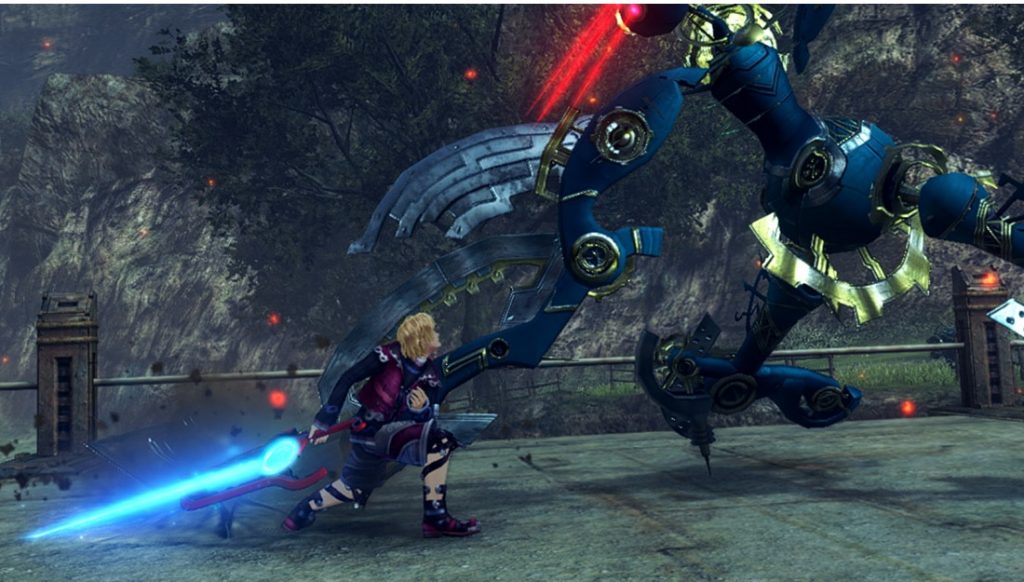 There are a few games you absolutely have to own for the Nintendo Switch. Splatoon 2, Super Mario Maker 2, Pokemon Sword and Shield, and Breath of the Wild probably come to mind.

But another you should add to your list is Xenoblade Chronicles.

The Definitive Edition launched a few months ago as a remaster of the Monolith Soft-made JRPG classic that first launched on the Nintendo Wii nearly a decade ago. The game definitely doesn’t feel that old though, at least not on the Nintendo Switch.

So if you own a Wii, you’re probably wondering why you even need the title again. Or if you’re a newcomer to the series, you might’ve heard of this game’s cult following.

So, what does the Definitive Edition actually get you? Quite a bit actually.

While the original game did launch on the 3DS, the Switch port looks and plays better. It also means you have a portable version of a JPRG that you can easily sink more than 70 hours into.

And you will want to spend plenty of time immersing yourself in this world.

Xenoblade Chronicles takes place on the bodies of two warring gods, the Bionis and the Mechonis, who are now seemingly in stasis.

Understandably then, the scale of this game is massive. It’s one of the many things about this title that’ll initially overwhelm you. The Definitive Edition also adds a new post-game mission in case you thought original wasn’t long enough.

Initially, you’ll be introduced to characters of the past in a flashback, including Dunban, the initial wielder of a powerful sword known as the Monado.

While Dunban does feature later in the game, the protagonist is Shulk, a wonderfully optimistic and smart Hom. However, one major flaw is that he can often be pretty rash.

When his home is attacked by Mechon, the mysterious alien force that seemingly wants all Homs dead, he takes up the Monado to defend his city, Colony 9.

We dare not share any more details beyond the prologue, even if the game is a lengthy journey. Each story is so intricately woven, that’s we’d hate to spoil any relationships, events or discoveries you’ll make for yourself. 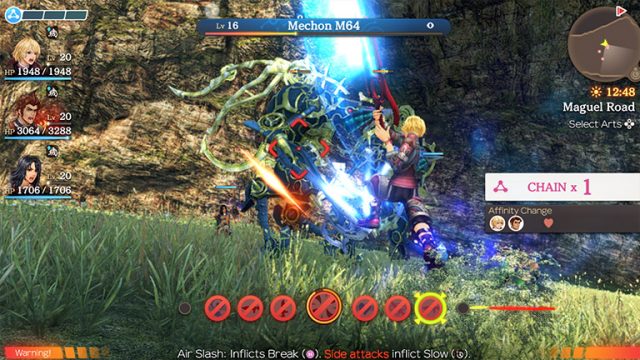 In terms of mechanics, the game uses a familiar squad system. However, there’s a lot of complexity and nuance that you’ll discover as you play the game.

Characters can be added to the player’s current group which allows them to be cycled through by the player and controlled individually.

Up to four are allowed at one time, and each have their strengths and weaknesses. For instance, Fiora is an excellent dual-wielding flanker. Reyn is a fairly good tank. You’ll run into more characters as the game progresses, but choosing the right characters for the situation and enemy is paramount.

This complicated cocktail translates through to the combat system too. It can be quite overwhelming and especially tiring for those looking for mindless hack-and-slash fodder, but if you expected anything else you should’ve probably grabbed another game.

Combat consists of a number of moves called arts. Each has a cooldown, so it’s important to cycle between moves. There’s also a special move that can be activated once enough damage has been done on an enemy, and party members you aren’t currently controlling automatically attack foes.

A dedicated meter that charges for a party allows multiple attacks to be chained together. Some moves also cause secondary effects, like stagger, and some enemies can only be damaged when affected by a status condition.

Characters can also have heart-to-heart conversations, which will improve their affinity and morale during combat. And finally, each character has a morale figure that affects their critical hit rates.

But we’ve barely scratched the surface here. It’s far more complex than this, and makes for an incredibly deep combat experience when mastered.

Of course, it’ll take a while to master, which may make this particular point of Xenoblade Chronicles a no-go for some.

But combat is only a portion of the greater experience of this game. Where combat might dissuade you, there are other elements that’ll make you fall in love.

To be fair, you may not ever want to leave the tutorial area. While there’s a story criss-crossing the vast landscape, it’s also just fun innocently monster-hunting small rabbits and odd flamingos with your motley crew.

The music in Xenoblade Chronicles is a definite highlight too, while the voice acting – albeit incredibly awkward at times – is strangely charming. And incredibly British.

How Xenoblade Chronicles measures up on the Nintendo Switch

Even the Monado gets a new lick of paint. The complicated UI, which remains extremely confusing, is now a little more legible on smaller, higher density displays.

Ultimately, there are many things to love about Xenoblade Chronicles and the Definitive Edition will remind any gamers who have played it before just how special a game it is.

And those new to the series will find a brilliant new way to spend their weekends. 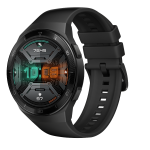