A new set of tools have rolled out to Steam which helps developers connect with players and easily invite them to test out their games. Valve has introduced a beta for Steam Playtest, which allows developers to invite players to try out their games in a free, low-risk way without the need for beta keys or mailing lists.

While existing tools like demos and “release-override betas” have worked over the years, Steam says that Playtest acts as an expansion of both features. This gives developers and testers the power to control how many players gain access to the testing.

They can also assess when more players need to be added while adjusting the availability of an open beta and closing it when testing is over.

How does Steam Playtest work?

If devs enable the feature, players can sign up to test the game right on its Steam Store page. Players are then added to the queue for access.

Devs manage the testing through Steamworks. They can see how many players have signed up and approve batches of requests from a simple, user-friendly interface.

Once the testing period has ended, developers can disable testing access. This removes the sign-up option and deletes the beta.

According to a statement made by the Steam team, “We try to design these tools to be as useful as possible, and then put them in front of increasingly more developers so we can make incremental improvements”.

Valve further stated that this feature isn’t intended to replace Early Access. Developers and players can even use Playtest alongside Early Access.

Steam Playtest is currently in its own beta phase, so isn’t fully launched. However, developers who wish to try out Steam Playtest can sign up for the feature with Steam.

To find out more, visit the Steam Playtest page. 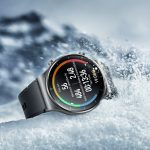