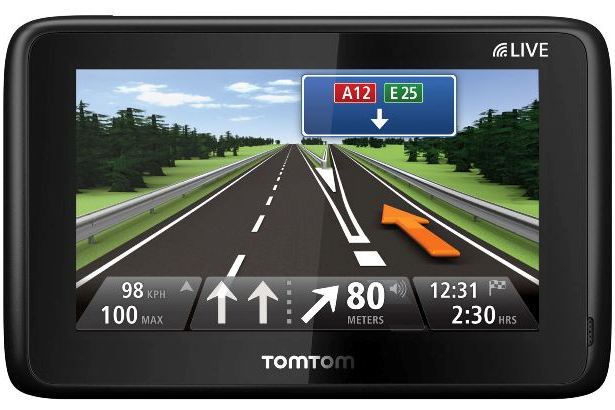 Convergence is the combination of similar devices into a single platform. Digital cameras, books and GPS devices are products which now generally exist on smartphones like the Nokia N9 and the iPhone 4. The GPS in particular is at home on the touchscreen display and long battery life of the modern smartphone.

So why then bother with a non-converged device? Why should I spend money on a GPS which only does one thing? You do it because the TomTom GoLive 1000 is one of the best navigation systems on the market and a must for your car.

It’s built to last. The GoLive has a rustic charm to it, is chubby on the sides and feels sturdy in your hands. The resistive touch screen is the best in the business and while incomparable to similar large screens such as the Galaxy S II (a capacitive LED screen), the GoLive is bright enough to be seen during most situations. Pinch to zoom, one finger scrolling, itâ€™s all intuitive and itâ€™s all good.

It is a guarantee that the TomTom will scratch and scuff over time. During my month-long test with the TomTom, I dropped it many times, scratching the screen in the process. Despite this it continued to work exceptionally well, even managing to look more charming with each nick and cut.

The GoLive snaps into a magnetic cradle, is affixed to the windscreen via a suction cup and powers itself with the included USB cable. The process is quick and flawless, only needs to be done once and remains rock-solid even on the roughest of terrain, such as the back-alley parking areas of Cape Town.

Itâ€™s true. I found my intended destination every single time, without fail. With either exceptional voice or text navigation, destinations can be plotted in a matter of seconds. The TomTom cannot navigate shortcuts you are familiar with, but it performs well enough to ensure that you will always remain on track.

Everything is mapped out, down to the latest McDonalds which sprang up near your road a week ago. TomTom keeps a very active mapping system, therefore the chances of it not finding a destination are slim to none.

TomTom includes a free year of HD traffic and after the first year, you will be shelling out for this optional service for life. HD traffic means updated road reports every two minutes. TomTom tells you how long the delays are, where the accidents are, where the speed traps are located and more. Itâ€™s life-changing.

We loathe admitting that we are lost. The GoLive 1000 becomes a guardian angel which protects us on the road.

The GoLive is also a Bluetooth hands free unit and seems to work with everything from a Motorola Razr (tested) to an HTC Droid (also tested). Regardless of the mobile phone used, the clarity and volume is exceptional. The safety of the device in this state is an issue though, as calls must be taken by touching the screen of the TomTom. So for a split second, your eyes are off the road.

I mentioned earlier that the TomTom detects speed cameras. It also detects your speed and emits a noise if you are going over the speed limit and are near a camera. Handy! Other features such as weather report would have been pleasant, but I could not get it to function.

I developed a man-crush with the TomTom GoLive 100. Itâ€™s utterly fantastic, easy to use and for roughly ZAR3200 is totally indispensable.

Gear or Burn: Gear all the way! 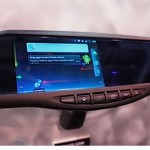