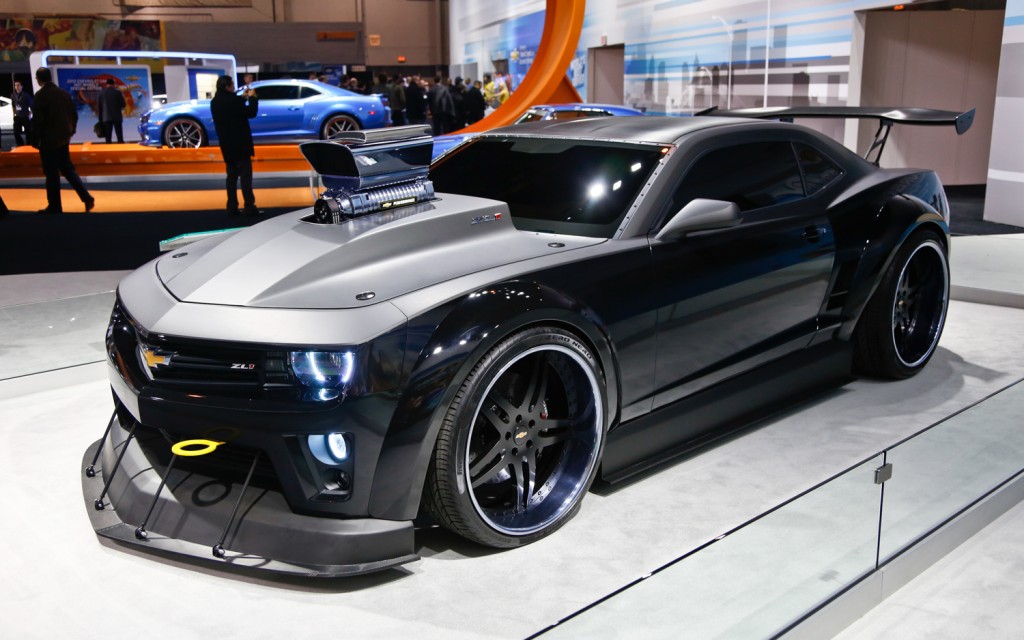 In the windy city of Chicago, muscle car crazed Americans had their chance to show off some new metal to the world this weekend. Now, bearing in mind that most of the cars produced in America never see the light in any other country, let’s find out what kind of vehicles we could be driving around in, should we be so fortunate.

The first thing that stand out in this show is the modified cars. This show seems to be a mix between a European-style auto show with new models and concepts and the SEMA car show with all its crazy modified cars. This, the Camaro Coupe that is the star of Turbo, a new Dreamworks movie, would fit right in, outrageous wings and sticking-out engine and all.

So what if you’ll never be able to buy it. Chances are you would never afford it anyway. But look at it. Isn’t it great that someone made it? They could have just made you pine over the animated car, but no, they actually made a real one. Powering this beast is a supercharged V8 boasting 700bhp. And how that gets put onto the ground is through 24-inch wheels that are 10 inches wide in the front and 15 in the back. Everything about this cars screams excess. Not American at all then.

After the flower-child attempts at the second incarnation of the Beetle, VW wanted to make the next one more of a man’s car, more sporty. To do this, the styling has been made more angular, sharper. Although it’s hard to see, VW has done this, and whether you agree that is it wholly more masculine is besides the point. It certainly looks better, but not by a whole lot. Shown here at Chicago’s Auto Show are two new versions of the third generation Beetle: the Turbo Convertible R-Line and the GSR.

The R-Line gets fancy 19-inch wheels and special trim to set it apart from lesser Beetles. The GSR, however, gets a whole other treatment. Set for 1014, it will have a 2.0 litre turbo motor with 210bhp. It will be built to commemorate the original GSR or the “Gelb Schwarzer Renner” or “Yellow Black Racer.” It is being built as a limited production run of only 3500 cars, so if the black on yellow catches your fancy, be quick.

The Juke is a very odd-ball car on it own. It’s as attention grabbing as they get, with it very unique styling. It seems that Nismo, having been apparently shown up by Nissan itself when it decided that a GTR engine would look nice in the Juke, Nismo took the bait and produced its own version.

In no way has Nismo taken the Juke above and beyond like Nissan has, but on a usable and practical level, the Nismo version should be more fun than the original. Power only raises from 188bhp to 197bhp, but the Nismo does have a whole new body kit that produces 37% more downforce, lowered suspension and bigger 18-inch wheels. Nothing extraordinary, just different; built for someone who wants a little more life out of their Juke. If you really want to see where a little imagination and know-how can get you, follow that GTR link and see exactly to what heights Nissan has taken the Juke.

American car manufactures haven’t looked on the diesel motor with much enthusiasm outside their big pick-ups and tractors. In general, American cars aren’t the most focused on fuel efficiency, what with their small and big block V8’s crashing about town. So to see a diesel-powered sedan from Chevy is a welcome sign of new things to come. It’s in no way a looker, but then again the Cruze isn’t the newest car on the block either. The motor is a 2.0 litre turbo producing 148 bhp and even has an over boost function that will boost the torque from 258 to 280 lb-ft for up to ten seconds. Great for overtaking or for spilling a friend’s drink in their face.

There’s something satisfying in seeing a pure concept from a car maker, something between knowing what you’re seeing is ludicrous and not caring that it is. This concept from Kia, the Cross GT is wavering less towards the not caring and more to the ludicrous. But it is only a concept, and this is Kia’s chance to experiment. In line with Kia’s attempts to move more up market, the Cross GT is being toted as a luxury crossover vehicle. The 3.8 litre V6 pumping out 400bhp should be attractive and competitive enough. In fact, it is a serious move for Kia, with such a comprehensive interior featuring only a screen up front with full wood and leather trimming. It is a serious move in the styling department for Kia and it will be interesting to see how it will transfer to production cars. 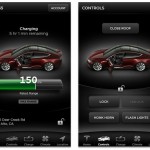