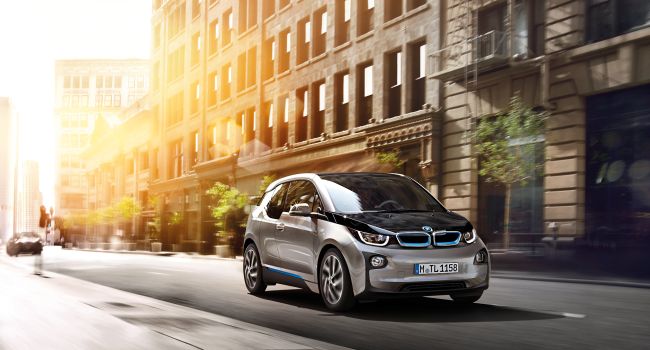 BMW’s new fully electric city car, the i3, which apparently charges from 0 to 80% in roughly three hours, isn’t even on sale yet but has reportedly managed to pick up a number one spot as the best electric and hybrid car in the UK.

This is BMW’s first “i” range vehicle which charges from the i Wallbox via “select” BMW partners. The three-hour charge takes place care of DC Fast Charging which Nissan and Renault are also looking into, is oddly enough a technology Android phones also use. You won’t be charging your BMW via microUSB though. For a full charge, you’re looking at an eight to ten-hour wait. It’s enough to fully charge the 22-kilowatt-per-hour lithium-ion battery pack.

According to BusinessInsider, it’s the best electric car to drive since the Tesla Roadster. It also does not feel like a standard car with automatic transmission, which is an issue most if not all current electric cars face. When idle, the i3 won’t “creep” like an automatic car, in other words it will not drive itself forward. When the i3 is idle, it stays put without the need for aggressive braking. It’s a conventional, manual braking system. So in other words, a revolution. What is more familiar to us is the push-to-start engine, that is only active with the BMW key fob. We first saw this in the BMW 1-series, and have loved it since then. Turning a key in a hole, that’s old-school man.

The i3 also hits the mark for in-car tech. There’s two in-car screens, a 10″ and a less intrusive display that pokes out from behind the steering wheel. Both display “float” on stalks, further enhancing the luxury lifestyle appeal that compels us to spend US$46 425 on this innovative city car. Yet for an electric car that feels like a manual drive, and is cheaper than a Tesla Roadster but with similar performance, the price seems like a bargain.

The Sunday Times motor team, which reviewed the i3 said, “BMW has bided its time while others took their first tentative steps into the electric car market. The brilliance of the i3 comes not in revolutionary battery technology for there is none, but by being a car someone might consider buying for reasons other than it is electric.” Your next family car, the BMW i3 might just be it. 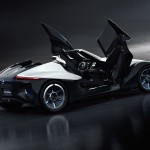