More
Home
Subscribe
Skip
Continue in 10 seconds
Skip
By Richard Bezuidenhout
Read nextGoogle takes on the road, wants an Android in every car 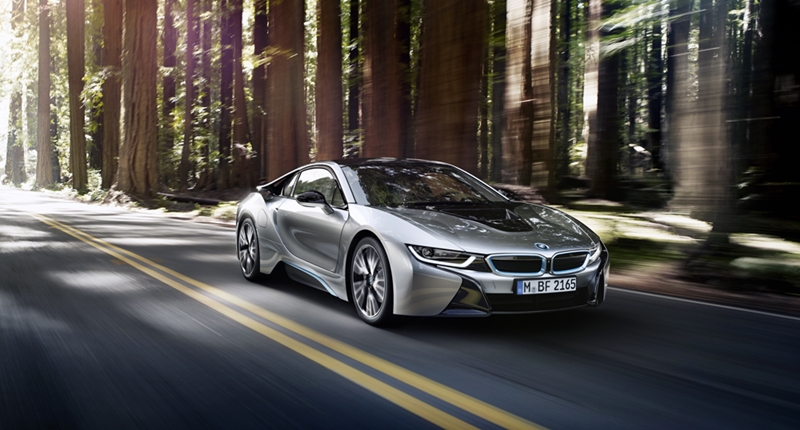 Thing is, hardly any of the vehicles mentioned in such adjective-laden PR material genuinely embody true innovation.

Sure, practically every new car is an improvement on its predecessor, but how many are groundbreaking? How many are, indeed, novel?

With this in mind, Motorburn decided to look back at some of the most innovative automobiles of 2013.

Bear in mind that weâ€™re concentrating on trailblazing production vehicles here, rather than pie-in-the-sky concept cars or unconfirmed prototypes. The i3 is BMWâ€™s first mass-produced zero emissions vehicle. Yes, other manufacturers beat the Bavarian powerhouse to the punch on that count — by some margin, in fact — but the i3 is not simply an electric version of a previously existing petrol-powered car. No, this futuristic five-door was conceived as an EV from the very start.

What makes it particularly special is the material used to construct the lightweight body. BMWâ€™s smart engineers dug deep into the German car-makerâ€™s pockets, constructing the entire thing out of carbon-fibre reinforced plastic (CFRP) in a bid to offset the weight of the battery (which could thus be made larger, thereby increasing the vehicleâ€™s range). A bold move, specifically because BMW had to find new, cheaper methods of producing and using CFRP.

But, perhaps most importantly of all, the arrival of the i3 clearly indicates that BMW is serious about e-mobility. Relatively affordable mass-produced carbon-fibre cars? Yes, itâ€™s a reality. When the curiously styled XL1 first arrived on the scene as a concept, few believed it would see the light of day. But Volkswagen then let slip that it would be produced in exceedingly limited numbers (word on the street is that there wonâ€™t be more than 250, despite huge interest).

The German giant claims that the lightweight XL1 is the worldâ€™s most efficient production car, thanks to its diesel-electric plug-in hybrid drivetrain. The declared economy figure is a staggering 0.9 litres per 100km. Yes, zero point nine.

So, how does it manage to take such small sips? Well, it employs an 800cc, two-cylinder TDI engine (basically, one half of VWâ€™s well-known 1.6-litre, four-potter TDI), a seven-speed DSG transmission, and an electric motor sandwiched between the two. Then, of course, thereâ€™s the slippery styling that results in an exceptionally low drag coefficient of 0.19. It may have its flaws, but itâ€™s certainly progressive. Just look at the thingâ€¦ No list detailing automotive innovations would be complete without the Mercedes-Benz S-Class. In fact, the Daimler-owned manufacturer customarily uses this luxury sedan to debut its latest, mind-meltingly impressive technology.

This year was no different. The new S-Class is jam-packed with remarkable tech, including a raft of active safety features that move the motorist even closer to automated driving and intelligent vehicles.

Its suspension has â€œeyesâ€, its dashboard is not far off being one big screen, and not a single conventional light bulb can be found anywhere in the car. LEDs are instead used, including in the headlight clusters, which cast extra light on potential roadside hazards (pedestrians, animals, cyclists, etc.) picked up by the vast array of cameras. The rear seatbelts even boast airbags, for goodness’ sake. Nissanâ€™s tongue-twisting Qashqai was a bit of a pioneer itself when it was launched back in 2007 — in fact, it triggered a flood of urban-focused crossovers. But it didn’t really feature much in the way of innovative tech.

Thatâ€™s all changed. The latest version boasts the type of driver aids usually reversed for luxury vehicles. Thereâ€™s a built-in radar system with automatic emergency braking, a monitoring system that tells you off should you be getting drowsy behind the wheel, and a front-facing camera that automatically reads speed limit signs. Then thereâ€™s lane departure and blind spot warning systems, and high-beam assist.

Low-speed manoeuvres are well covered too, with a â€œhelicopter viewâ€ function, park assist (rendering parallel parking rather unchallenging), and even a system that detects and highlights moving objects while the vehicle is being parked. All of this while still functioning as a practical, spacious, relatively affordable family SUV. How would you define the automotive Holy Grail? How about earth-pleasing efficiency and face-shattering performance without one being at the cost of the other? Well, thatâ€™s pretty much what the Porsche 918 Spyder is all about. So much so that we chose it above hybrid hypercar rivals the McLaren P1 and LaFerrari. And thatâ€™s saying something.

The full hybrid drive system makes use of a high-revving 4.6-litre V8 petrol engine (which features no external belt drives) mated in parallel to a 115kW electric motor. Then thereâ€™s also a 95kW independent electric motor over the front axle, as well as a liquid-cooled lithium-ion battery and a plug-in charge port. The result is a zero to 100km/h sprint time of less than 2.8 seconds and a claimed economy figure of 3.0 litres per 100km.

Such is the cost of next-generation technology that Porsche will lose a wad of cash on each 918 sold. And that shows you just how determined the German car-maker is to push the boundaries. Okay, so this particular EcoBoost engine hit a few markets late in 2012, but it was rolled out in many more countries in 2013. And the UK-designed powerplant continues to scoop up the awards.

What makes it exceptional? Well, it delivers big-engine performance and small-engine efficiency. Somehow, Ford has managed to squeeze 92kW and 170Nm from the turbocharged 999cc three-cylinder mill, while still keeping the claimed fuel economy at a hybrid-rivaling 4.3 litres per 100km.

Impressive stuff. As is the fact that it appears to have inspired a raft of turbo triples from competing manufacturers. Despite the frankly annoying exclamation mark in its name, this diminutive VW lays claim to an impressive title. It is apparently the most efficient EV out there, consuming just 11.7kW of electricity per 100km.

The front-wheel drive e-Up! boasts a small electric motor (60kW/210Nm), a lithium-ion battery integrated into the floor and a single-speed gearbox, as well as five regenerative braking levels. While it certainly isnâ€™t the first vehicle to use such technology, the compact packaging is admirable. Like the i3, this Beemer is a lightweight vehicle with a penchant for efficiency. But it is more â€œdistant cousinâ€ that it is â€œsiblingâ€, since it uses plug-in hybrid technology (as opposed to the i3â€™s electric-only drivetrain) and boasts sporting credentials to trouble a V8-equipped Audi R8.

A 1.5-litre three-cylinder turbocharged engine sends its substantial power to the rear wheels, while an electric drive system gives life to the front wheels. Vital figures include a zero to 100km/h sprint time of 4.4 seconds and a claimed fuel economy figure of 2.5 litres per 100km.

Interestingly, the BMW i8 is also the worldâ€™s first mass-produced vehicle to be equipped with chemically hardened thin glass (aka â€œGorilla Glassâ€) — the kind likely doing duty on your smartphone. Of course, like the i3, it also makes extensive use of carbon-fibre reinforced plastic. Oh, and itâ€™s available with pioneering laser headlamps that generate pure-white, monochromatic light.

*Although this is an entirely fictitious statistic, believe us when we say that itâ€™s not far offâ€¦ 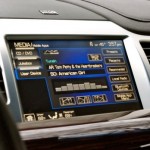