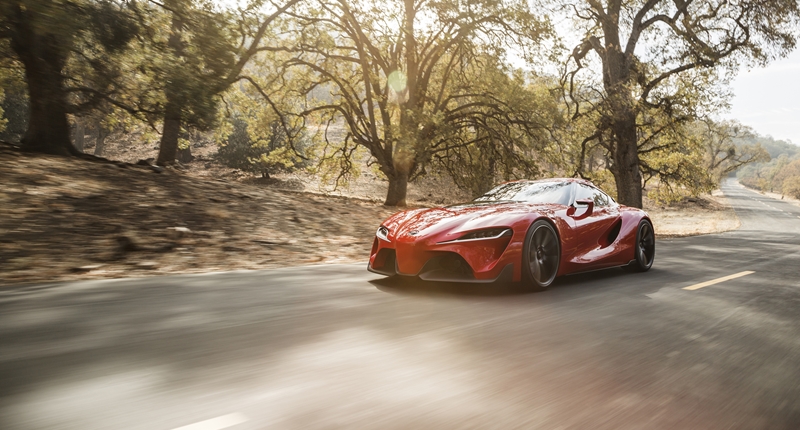 Since 1907, car makers from around the world have gathered in Detroit to show off their wares at the North American International Auto Show (NAIAS). Over the years, marques have come and gone, been bought and sold and the technology behind and inside the cars on show has accelerated faster than an Arial Atom on warm tyres.

Given our predilection for technology though, we’re less interested in what’s come before than we are in what kind of cars and in-car technology we could see in the near future. In that vein, the concept cars on show in Detroit look seriously promising. Granted, it’s not always easy to figure out what elements from a concept car will make it into production. These can, after all, be cars built without the constraints and pressures of budgets, available materials and the whims of the market. Indeed, some concept cars aren’t even full size and deliberately kept at a distance from public onlookers.

In ideal world though, none of that would be an issue, and the auto makers could just go ahead and build the cars we’ve identified below as they are.

We’ve tried to pick as wide a selection as possible and have avoided just going for the pure fantasy cars that make the ten-year old in all of us jump up and down squealing with joy.

Where possible, we’ve also tried to highlight the kind of tech that might come along with these concepts. We’re a little bit undecided on the Stinger’s looks, but it’s a pretty big step forward from Kia’s traditional ultra-sensible fare. According to KIA, the Stinger is meant to hearken “back to the glory days of purebred, affordable sports cars”.

That’s something Mazda and Toyota in particular did very successfully with the small British sports car but KIA’s offering is much more aggressive, much more…American. That might not be a bad thing either. One key difference is that, unlike so many of the American sports cars that it takes inspiration from, the Stinger knows how to get serious power out of its engine. Kiaâ€™s claims that its 2.0-litre turbocharged gasoline direct injected (T-GDI) four-cylinder engine should put out around 315 horsepower. Not bad.

Inside, things are a little bit spartan, with aluminium pedals, no carpets and no stereo. Given Kia’s impressive track record of fitting sophisticated tech into wallet-friendly cars, we’d expect the last of those things to change on the off-chance that the Korean marque actually decides to build the Stinger. So you know when we were talking about cars that make your inner 10-year-old jump up and down with joy? This is one of those cars.

In terms of design, the FT-1 may be the most striking car Toyota’s ever conceived of. By the looks of things, that’s what the design team was going for too. â€œThe FT-1 is a dream-project for a designer and car enthusiast like myself,â€ said Alex Shen, Caltyâ€™s Studio Chief Designer. â€œOur team was heavily influenced by Toyotaâ€™s sports car past, especially Celica and Supra, and we sought to capture some of that history. It is an aggressive, track-focused sports car concept with a presence that has been amplified for shock and awe.â€

Apparently the FT-1 represents a move away from the “design by committee” way of doing things that’s held fast at Toyota until now. We hope that means we can expect seriously exciting things from the Japanese giant going into the future, starting with putting the FT-1 into production.

While Toyota hasn’t released any technical specs with the concept, the way it developed the FT-1 is fairly interesting:

In preparation for pitching the concept to Toyota management, Calty worked with Polyphony Digital, creators of the popular Gran Turismo driving simulator, to bring FT-1 to life in a virtual world that captured the excitement, passion and performance conveyed by the concept model. Toyota executives were offered the opportunity to take FT-1 for a timed lap around a computer-generated Fuji Speedway. The 2012 Beetle was something of a return to form for the model Volkswagen made its name with, after the so-so looks of the previous model. Thing is, we reckon this Baja Bug for the 21st Century could push the current Beetle range to a whole new level.

It’s young, it’s funky and it looks great for anyone that wants to go a little bit off the beaten track but doesn’t want to buy a Subaru.

There’s plenty of tech too. The infotainment system incorporates a digital interface with an AMOLED 7.7-inch touchscreen. That system also integrates the â€œVolkswagen Sidewaysâ€ appâ€”a program that proactively integrates points of interest into the navigation system. For example, the touchscreen not only displays the types and numbers of restaurants nearby, but also whether your friends are there.

Volkwagen’s said it’ll put the Dune into production if there’s enough demand and we can’t imagine why there wouldn’t be. The XC Coupe concept takes that tone and makes it a little less aggressive, almost as if it’s been designed for graphic designers and architects…who also like outdoorsy things.

It’s tech credentials, while not obvious on the consumer side, are pretty solid too. Volvo says that among the sources of inspiration for the design team is the Swedish company POC, which develops high-tech protective gear for gravity sports athletes.

â€œSeveral orange details and exterior graphics in combination with bold use of matte rubber mouldings, which cover the rear end of the car, add to the highly functional expression of the design,â€ says Thomas Ingenlath.

We think it would look splendid parked next to a forest trail. This may just be the coolest Nissan we’ve ever seen. It looks, hulking, aggressive and, importantly, fast. It is however very definitely a concept, with the “floating” roof apparently set to be adapted to future Nissan sedans and crossovers alongside some of the interior elements.

We think that’s a pity, because we can’t help but feel that a sporty version of this concept set loose on the world could do some serious damage. Word on the street is that, with a couple of cosmetic changes, this is going to be the basis of the new TT. That’s all well and good, but we’d be really happy if Audi just went ahead and put the Allroad Shoot Brake into production. With a better name, of course.

It’s not just the visual appeal that makes us say that either. It’s also economical at 1.9 l/100 km and reasonably powerful, with the engine pushing out around 408bhp. We’ve written about the high-tech interior before, but one thing that we didn’t know at the time is that the menu structure of the car’s operating system is based on that of a smartphone, which includes a free text search function. In theory that should mean a lot less shouting and frustration than you typically encounter with an in-car OS. 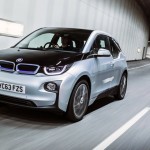