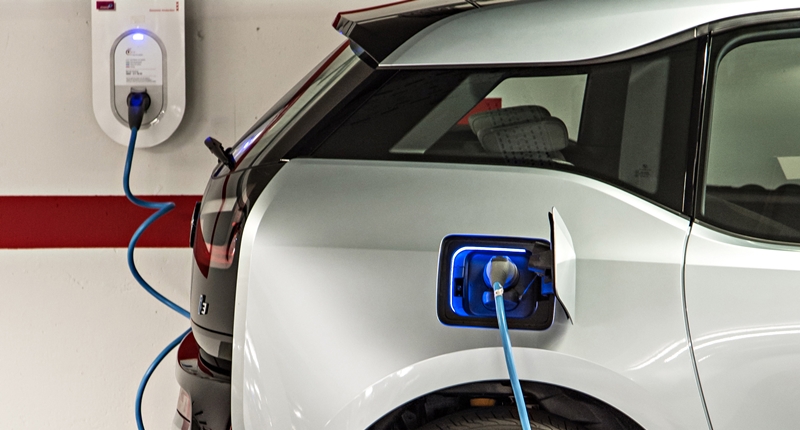 There has long been an overwhelming sentiment — particularly among proper petrol-heads — that the modern electric car is doomed to failure.

And, to be fair, the battery-powered vehicle continues to flounder where it matters most â€“ sales. Even today, new models using electric-exclusive drivetrains tend to fizzle out faster than you can say â€œzero tailpipe emissionsâ€.

But advocates of the all-electric automobile have soldiered on â€“ admirably so, in fact â€“ right from the bolting together of the very first production example way back in the late 1800s (yes, it really does stretch back that far). The idea has always held merit, but cost factors, practicality issues and a general failure to capture the car-buying publicâ€™s imagination have conspired to impede its mainstream realisation.

Are these still legitimate concerns? Of course. In fact, there are many more. But things are changing, albeit slowly.

Sure, there are pros and cons that come with the ownership of an electric vehicle (EV) â€“ more than enough to see staunch proponents argue with equally steadfast opponents for days on end. And, right now â€“ in my part of the world, anyway â€“ thereâ€™s no way I could be convinced to buy one, even if I werenâ€™t a long-suffering fan of the internal combustion engine.

But technology is by its very nature a dynamic body of knowledge. And tiny steps of progress in one seemingly trivial area have the potential to explode into giant leaps for an entire industry. With this in mind, we decided to identify a handful of reasons that will serve to drive a more widespread adoption of electric cars in the near future. Weâ€™re not saying theyâ€™re going to suddenly render the petrol or diesel engine obsolete, but they will certainly become more popular.

Exactly when the electric vehicle â€“ which shouldnâ€™t be confused with the plug-in hybrid â€“ will move from an automotive oddity to an everyday affair remains to be seen, but the following reasons mean that day may be closer than you think. Unless, of course, hydrogen or fuel cell vehicles suddenly take offâ€¦ But thatâ€™s a story for another time.

Most electric vehicles currently on the road are charged conductively â€“ that is, using a cable of some sort. However, inductive or â€œwirelessâ€ charging of vehicles is becoming more and more viable. And the process is very similar to simply dropping your smartphone onto a charging mat.

A few small automotive companies have been tinkering with the technology for a while now, but finally one of the top dogs has arrived on the scene. Yes, Toyota â€“ the worldâ€™s biggest automaker â€“ recently began real-world testing of its in-house wireless charging system, which transfers electricity between a transmitting coil in the ground and a receiving coil in the car. It even cooked up a function for its Intelligent Parking Assist system that shows the position of the coil in the parking space.

While this sort of technology is likely to hit the market sooner rather than later, thereâ€™s something even more exciting hidden behind it: the possibility of charging on the move. Yes, similar technology implemented in a slightly different manner could see â€œrange anxietyâ€ â€“ a key issue currently turning motorists against the EV â€“ become a thing of the past. How would it work? Simple, really: coils would be embedded in the road to allow non-stop charging over a long distances. Now wouldnâ€™t that be convenient?

What is the modern electric carâ€™s weakest link? The battery. But virtually every time a new or updated electric vehicle hits the market, there is an improvement in its batteryâ€™s range and/or charging time. Manufacturers are constantly trying to outdo themselves and each other, and better batteries are the result.

The lithium-ion battery pack is the current weapon of choice for most modern EVs. But while these are pleasingly lightweight (considering the kind of energy they hold), they also have their disadvantages. Chief among them? A tendency to overheat and catch fire â€“ just ask Tesla.

Engineers are, of course, working furiously to make lithium-ion batteries both safer and more efficient. But thereâ€™s also the option of changing direction altogether. Researchers are right now playing around with all sorts of other options, including rechargeable zinc-air, lithium air carbon, and lithium silicon, to name but a few. Thereâ€™s even the possibility of body panels doubling as batteries.

Whichever way things go, batteries can only improve. And a better battery means a better EV.

Another significant stumbling block for the electric car involves simple maths â€“ developing, improving and implementing such technology isnâ€™t cheap, and this outlay is, of course, passed on to the consumer. The result? Right now, the typical EV costs a bucket-load more than a similarly sized and equipped petrol or diesel model.

One way governments are trying to address this issue — and make the EV a generally more attractive proposition in the process â€“ is through an increased use of incentives. Many national and local administrations offer a subsidy for the purchase of a new environmentally friendly vehicle, while some also include an exemption from acquisition tax or a reduction in licensing fees.

Certain countries offer owners of electric vehicles better electricity rates, while insurance discounts are also quite common. In Norway, for example, all-electric vehicles are exempt from all non-recurring vehicle fees, annual road taxes, public parking fees, and toll payments, and they are even allowed to use bus lanes and free charging stations. The effect? The Nissan Leaf and Tesla Model S both claimed â€œbest-selling car of the monthâ€ titles in Norway during the final quarter of 2013.

But itâ€™s ultimately up to the manufacturers to come up with ways of decreasing the cost of the EV, which takes us neatly to the next pointâ€¦

More and more automakers are joining the electric vehicle race. And an increase in choice generally results in an increase in competition, which in turn drives down prices. Well, thatâ€™s the theory, anyway.

Weâ€™re not just talking about niche companies specialising in EVs here — no, the big automakers are also throwing in their respective lots, which says something about their expectations as well as the regulatory pressures being exerted upon them by world bodies worried by rising emissions.

For example, the fact that BMW has heavily invested in the production of its i3 electric city car — even inventing new methods of cost-effectively producing the carbon-fibre body — is telling. Some reports even suggest the German manufacturer will lose huge wads of money on the project over the next five years.

Of course, electric vehicles are also starting to spread themselves across various segments of the market, with offerings such as the Chevrolet Spark EV, Volkswagen e-Up and Mitsubishi i-MiEV forming an entry-level tier below more â€œpremiumâ€ options. The Tesla Model S, of course, brings a further element of desirability and even sportiness to the party.

As mentioned above, range anxiety is often enough to convince potential EV buyers to look elsewhere. And, other than through an increase in battery efficiency, the best way to tackle this problem is with the rollout of an accessible network of fast-charging stations, which could go some way to lifting pesky â€œshort commuteâ€ restrictions.

But this sort of comprehensive infrastructure needs to be put in place in relevant markets before sales of electric vehicles can be expected to increase significantly â€“ motorists want convenience above all else, after all. The initial investment may still be seen as risky, but the number of charging points around the world is slowly increasing. And as it continues to, so the EV will gain more traction.

Public powers, commercial enterprises and even some employers are building such stations around the world, although thereâ€™s clearly a concentration in developed nations. The tiny European country of Estonia, for example, boasts a nationwide electric car-charging network, featuring fast-chargers in all urban settlements containing more than 5000 citizens.

An alternative to this, of course, is the adoption of battery exchange stations. Such drive-through establishments would involve simple battery swaps â€“ which are a bit quicker than filling a petrol tank â€“ rather than lengthy charges. In fact, Teslaâ€™s Elon Musk has already created such a solution, even demonstrating that the battery exchange takes just 93 seconds and doesnâ€™t even require the driver to get out of his or her car. 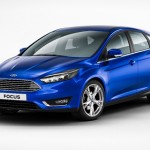