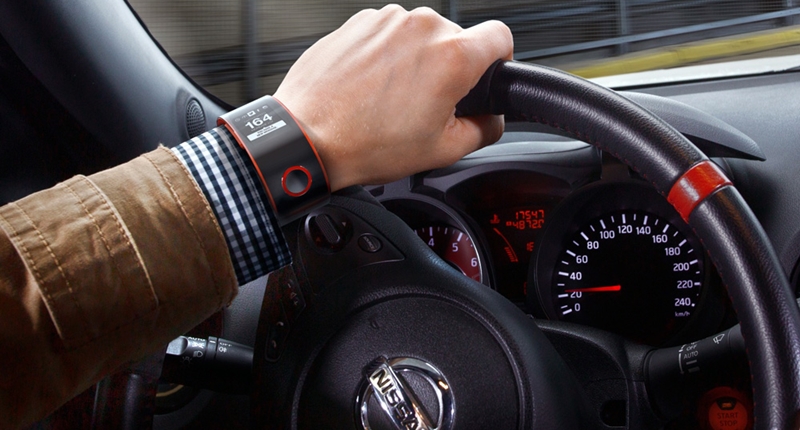 A little bizarrely, your car is right now (donâ€™t look!) quietly morphing into something resembling an oversized wearable gadget.

Yes, the latest in in-car technology allows us to can make and receive calls, send messages (voice-to-text, of course â€“ no texting-and-driving here), stream music and even receive turn-by-turn navigation in the voices of the most obscure pseudo-celebrities. All pretty much without taking our hands off the steering wheel.

Of course, this and other imminent technological innovations â€“ as well as the associated upswing in connectivity â€“ means that our vehicles are becoming more and more data-rich. And that trend looks set to continue as cars evolve into increasingly intelligent and eventually pretty much self-aware â€œgadgetsâ€.

Thing is, itâ€™s not exactly easy to slip a two-ton car over your wrist or onto the bridge of your nose. Well, you could try, but we strongly advise against it.

So, other than the car itself, what sort of wearable gadgets with an automotive flavour are out there, even in concept form? Well, itâ€™s early days yet, but there are still some nifty gadgets out there, built mostly around Google Glass or some form of smartwatch. We take a look at a few of the more interesting optionsâ€¦ Mercedes-Benz recently collaborated with Pebble Technologies to redevelop the luxury German automakerâ€™s Digital DriveStyle application. The idea is that drivers use the sleekly styled smartwatch to check on their vehicleâ€™s location, door lock status and even fuel level.

How does it work? Well, the smartwatch functions as a second screen for the driverâ€™s smartphone, on which the application is installed. And just as the nifty watch can alert its wearer of incoming calls, texts and emails, so too can it in theory warn the driver of real-time hazards when behind the wheel. Mercedes says that the smartwatch vibrates before accident scenes, stalled vehicles or road construction hazards present themselves. Thereâ€™s an intense debate around whether Google Glass should be used while behind the wheel of a car. In fact, lawmakers in certain parts of the world have already staunchly opposed the use of such gadgets while driving.

Harman, though, says that Google Glass could actually make you a safer driver. How? Well, the company reckons that its advanced driver assistance services (ADAS) engine is capable of sending audio-visual safety alerts directly to Google Glass. It analyses real-time camera data and picks out potential safety threats (impending collisions, unexpected obstacles, etc.), alerting the driver without distracting them from the task at hand. BMWâ€™s i3 is pretty darn revolutionary. Itâ€™s all-electric. Its futuristic body makes extensive use of a new kind of carbon-fibre reinforced plastic. And, of course, itâ€™s the first model from the i-range that the German car-maker hopes will completely alter â€œpersonal mobilityâ€. But thatâ€™s obviously not enough for BMW.

No, the Bavaria-based automotive giant recently teamed up with Samsung to create a smartwatch application that links the Android-based Galaxy Gear with the BMW i3. In theory, the wearer/driver is able to both monitor (battery charge, available range, door lock status, etc.) and control (air-con, heater, navigation, etc.) components of the car from their wrist. Pretty slick. At the start of 2014, Hyundai announced that its 2015 Genesis sedan would be compatible with Google Glass, thanks to the car-makerâ€™s clever Blue Link infotainment system. But it seems â€“ for the time being, anyway â€“ that the Korean manufacturer is steering well clear of the safety debate around Google Glass, preferring instead to focus on the wearable gadgetâ€™s usefulness when its owner is outside of the vehicle.

Once downloading the Blue Link Glassware app, Genesis drivers will be sent vehicle information in the form of â€œcardsâ€ that show up on the Google Glass interface. Hyundai says that the app will also allow owners to access popular Blue Link features such as remote start, remote door lock/unlock, and vehicle finder. In addition, push notifications will alert the carâ€™s owner when maintenance is due, as well as allowing quick service scheduling.

Nissanâ€™s first step into the realm of wearable technology comes in the form of a concept smartwatch. The Japanese automaker says that the Nissan Nismo Watch â€“ which is partly made of spent tyre rubber lifted from racetrack surfaces â€“ will allow a driver to monitor the efficiency of their vehicle (average speed, fuel consumption, etc.) and access vehicle telematics and performance data while on track. As with similar concepts, the watch connects to the vehicle via a smartphone app using Bluetooth.

Nismo â€“ which is Nissanâ€™s motorsports and performance division â€“ says that it is also investigating the possibility of adding a heart-rate monitor to the watch to capture and analyse live biometrics, which could then be used to identify early fatigue in racing drivers. In addition to this electrocardiogram function, the watch even has the potential to monitor brainwaves (concentration and emotions) and skin temperature (to record core body temperature and hydration levels). There are a number of Google Glass applications designed to add to your driving experience out there, but INRIXâ€™s real-time traffic app is one of the sexier navigation options. It helps the driver avoid delays in traffic by sending an alert about congestion up ahead and quickly providing a reroute option.

Of course, if the incident causing the congestion is right in front of the driver, he or she can also snap a photo and upload it to the web application, which will then alert other users. The app also allows the driver to send a card to a contact â€“ using simple voice commands â€“ to keep them informed of oneâ€™s whereabouts and estimated arrival time. Itâ€™ll even furnish you with a summary of your trip â€“ including how much time you the rerouting saved you. 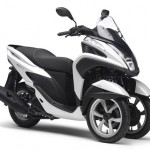