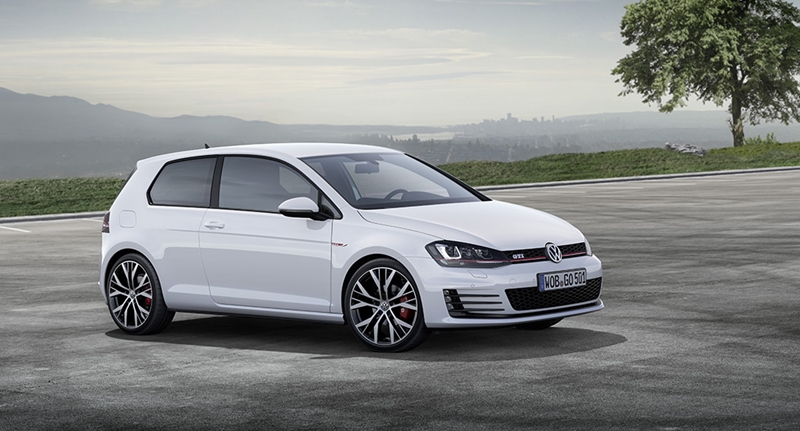 A little over 40 years ago, something very special happened: the first ever Golf rolled off the Volkswagen assembly line. Just as the iPad wasn’t the first tablet, the Golf wasn’t the first hatchback. Like the iPad however, it ignited and, for a very long time, defined the class as a whole.

The fact that it could move the whole family in safety and comfort one day and a chest of drawers the next — at a decent speed and with striking looks to boot — was revolutionary. Small wonder then that VW’s been able to ride that formula through seven generations of Golf to massive success. Historically, the Golf is Volkswagen’s best-selling model and the world’s second best-selling model, with more than 29 million built by 2012.

Thing is, you can have the best car you want, but if no one knows about it no one’s going to buy it. Fortunately, Volkswagen’s managed to work with some seriously talented agencies over the years in selling the Golf.

We’ve compiled 10 of the favourite ads we’ve seen used to sell the world’s favourite hatchback over the past 40 years.

If the Golf is the world’s most iconic hatchback, then the GTI is undoubtedly its most iconic hot hatch. While loads of motoring purists will tell you that the chaps from Wolfsburg have never managed to quite recapture the magic of the Mk1 I GTI, this ad for the Mk2 undoubtedly captured the spirit of early GTI drivers.

In a bid to prove that the GTI wasn’t just laconic “chaps” who spent all their nights in casinos, VW brought in British model and Princess Diana lookalike Paula Hamilton in for this ad. Hamilton is able to give up her engagement ring, pearl necklace and fur coat but not the keys to her beloved GTI. You see, unlike her fiancÃ©e, it’s reliable.

If Golf ads in the 80s were all about reliability, recent years have been more about the tech that now comes standard in the car. This ad, for the distance control that comes packaged with Golf 7, mixes whimsy and dark humour to get its message across pretty damn powerfully.

While Volkswagen officially killed production on the Mk1 in 1984, it continued to be produced (albeit with a slight facelift) in South Africa until 2009. Given a run that long, along with a continued reputation for affordability, it became a massive part of that country’s motoring fabric. There aren’t many people in the country who could watch this ad without at least a tear welling up in corner of their eye.

As we’ve already noted, one of the recurrent themes around advertising for the Golf is its reliability. In 2004, British agency Doyle Dane Bernbach (DDB) took that a step further by showcasing the career of a product Engineer starting with his first assignment — the Golf one. It goes through to the Golf five and his ascension to Chief Product Engineer. The message is fairly obvious: our cars are reliable and so are our engineers.

Mark this down as a future classic because it’s hilarious. This Dutch ad from 2014 features a dog that appears to have been raised in a garage rather than in its owner’s back yard.

7. Singing in the rain

By now, you’ve probably noticed that the themes of reliability and continuity run strong through Volkswagen’s advertising. As this ad proves however, there’s a fair amount of room within a central theme for creativity and inspiration.

One of the things about the Golf that separates it from so many of its German brethren is that it has emotive appeal. A lot of that appeal comes from the notion that it’s a lot of fun to drive. This ad though, takes the emotiveness of the Golf a step further: it’s not just fun to drive, it’s the kind of car you take out in the middle of the night just because you feel like driving.

Okay, okay we’ll admit it, some ads were seriously cheesy in the 80s. When it comes to underlining the reliability of the Golf though, this ad for the Mk2 GTI makes its point brilliantly.

10. Some things are best left alone

Some people delight in modifying cars and fair play to them. If you can improve a complete clanger, you should absolutely feel free to do so, but sticking spoilers, air vents and body skirts on the clean, simple lines of a Golf… that’s just unnecessary. 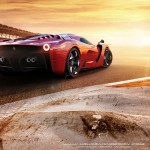