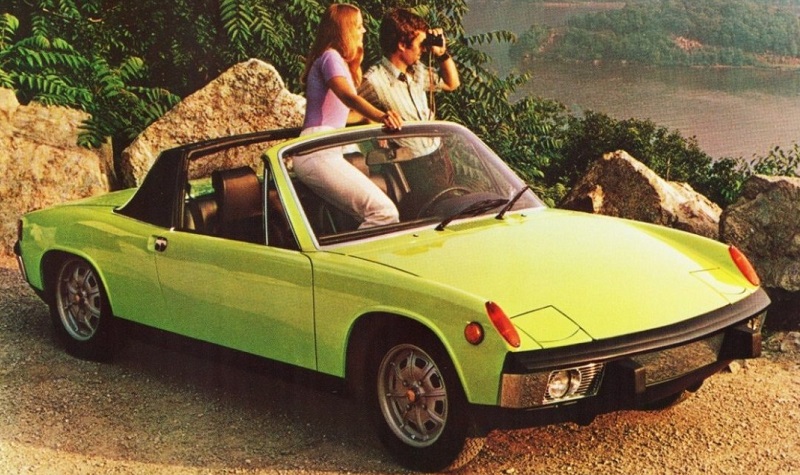 Look, we get it. Building a car isn’t easy. But when a manufacturer’s been doing it for couple of decades, you’d think they would’ve learned most of the really hard lessons.

By that stage, they should, after all, have all the right ingredients in place. The design teams should’ve figured out the company’s identity, the engineers should know what they are and are not capable of and the assembly lines should be running pretty much as smoothly as they possibly can.

The thing is, everyone is bound to hit the odd rough patch. It doesn’t matter who you are or what you’ve done before things sometimes just go sideways.

The trouble with being a car maker is that you probably won’t even realise it until it’s too late until the world is mocking the car you believed to be a total masterpiece as a complete and utter lemon.

While that may certainly have been the case with some of the cars listed below, that isn’t going to stop us wondering what the hell their makers were thinking when they made them. What happens when one of the world’s leading sports car manufacturers — a known favourite of James Bond to boot — decides to build a small city car? In Aston Martin’s case, the answer is simple: it doesn’t sell.

When the British marque departed from its usual fare of heart-achingly beautiful luxury sports cars to build the Cygnet, you could kind of see the direction it was heading in.

You see, the trouble with those beautiful luxury sports cars is that they can be more than a little difficult to drive — and park — in more than a few cities.

So, thought the brains trust at Aston, let’s give our customers something they can squeeze into a tiny gap without compromising on the luxury. It obviously wouldn’t hurt if it managed to get some green credit at the same time either.

The trouble is, starting prices for the Cygnet (effectively a jumped up Toyota iQ) were around the same as some German sedans.

Look, Chrysler tends to be a bit hit and miss at the best of times (PT Cruiser anyone?), but you’d think it’d be difficult to screw up a car as iconic as the Challenger.

I mean, all you’d have to do is tweak they styling a little from the previous model, maybe throw in some new tech, install a whacking great big V8 engine and watch it drive out of the dealership in droves.

Between 1978 and 1983 however, Chrysler decided to completely abandon logic and reason in favour of sticking the Challenger badge on a Mitsubishi Galant Lambda coupe.

Yup that’s right, for five year’s one of America’s most iconic muscle car brands was made in Japan. Oh, it was also underpowered and looked nothing like any of its predecessors.

What kind of effect did that have on the brand? Well we’re not saying that it’s the reason it too until 2007 for Chrysler to unveil a new Challenger but it really can’t have helped. When the announcement came in 1980 that Alfa Romeo would be building a car in a joint project with Nissan, there was a palpable sense of hope.

At the time, cars built by the Italian manufacturer tended to be beautiful but frighteningly unreliable while its Japanese counterpart was building cars that rarely broke down but looked like they were styled by a blind man in the midst of heroin withdrawal.

Imagine, everyone thought, a car with Alfa styling and Nissan reliability. It’ll be unstoppable.

Unfortunately, it appears that they decided to it the other way round and, as Wikipedia notes, the Arna “featured tempestuous mechanicals and indifferent build quality courtesy of Alfa Romeo, married to a Nissan body of questionable build and frumpy styling, with insipid handling common to Japanese cars of the time”.

Just three years after the Arna project first launched, Alfa’s parent company sold it to Fiat, which promptly killed production on what is probably the ugliest Alfa ever made. There are very few people in this world who can drive a Porsche and not come off looking like a complete and utter scumbag (that number grows even smaller if you exclude fictional characters, such as Californication‘s Hank Moody).

If you pitched up at a party in a Porsche 914 during the seventies however, the assumption will have probably been that you couldn’t afford a real Porsche.

And when it came down to it, they wouldn’t bee all that far off the truth either. You see, the 914 was actually meant to be Volkswagen, built to replace the Karmann Ghia.

All the development work was originally done by Porsche and it managed to convince VW to let it sell all variants as Porsches in North America.

With the death of of Volkswagen’s chairman, Heinz Nordhoff in 1968 though, things became seriously complicated. His successor Kurt Lotz, was not connected with the Porsche dynasty and felt that Porsche should share tooling costs with VW on the project.

The end result was a cheap-looking, but expensively priced Porsche that was missing most of the company’s iconic design hallmarks. Chances are anyone opening this list and looking for a Ford entry will have expected to see the Edsel. But while it was an expensive mistake for a company that had pretty much pioneered the automotive assembly line, but it provided a pretty important lesson in why cars built according to market research don’t always end up working so well.

The Festiva it built in collaboration with Kia in the nineties however wasn’t just a combination of good parts put together badly though…it was wrong on every level. At a time when the Korean market was still largely making poor imitations of Japanese cars, the Festiva’s various faults included a bad ride, atrocious styling, and a serious lack of power.

Perhaps worst of all though, were its abysmal safety credentials. The 2008 edition of the Used Car Safety Ratings (UCSR) by Monash University in Australia found the second series Festiva to provide a “worse than average” (two out of five stars) safety protection level in the event of an accident. The 2010 edition meanwhile saw the scoring downgraded to “very poor” (equivalent to one of five stars, or the “significantly worse than average” terminology used in 2008). 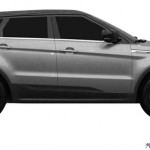