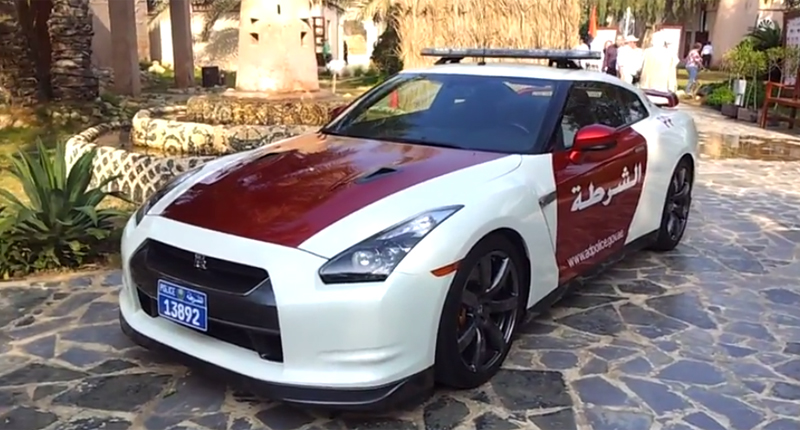 It’s not easy being a police officer. Between random members of the public screaming drunken abuse at you, the threat of being shot and the perception that you’re out to ruin everyone’s fun, it’s pretty obvious that there are definitely less challenging careers. The one real, tangible perk is the fact that at some point you might be able to drive your police car at full speed with sirens blaring.

Of course, the moments when you do actually get to take off in your patrol car are nothing like the movies. I mean, what chance would a standard police sedan ever have keeping up with a supercar or surviving a leap over a blown out section of bridge?

No, that’s just not the kind of action your average cop car is built for.

Thing is though, not all police cars are born equal. Some are built for truly special circumstances and the law enforcement officers who get to drive them are some of the luckiest people on the planet.

Unfortunately, the best we can do — for now at any rate — is show you some of the best police cars currently patrolling the world’s roads. 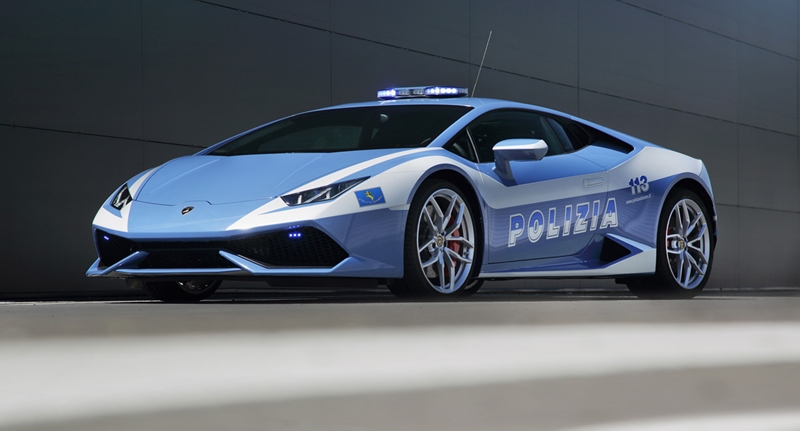 In a country with as many supercar manufacturers as Italy, equipping the entire force with mid-range Fiats would be a bad idea (at this point it would be customary to suggest that equipping them with a bunch of mid-range Alfa’s would be total disaster, but Alfa barely has a range these days, so that doesn’t really work).

Hardly surprising then that the Italian police have a long history of equipping some of their divisions with some of the best supercars on the market.

By our reckoning though, the new jewel in the crown has to be the HuracÃ¡n Lamborghini recently donated to Italy’s finest.

Aside from the earth shattering speed found in the consumer model, the police version also comes with “Proof Video Data System” to track both the car and the suspects being chased, number plate recognition and tracking and real-time transmission of images to HQ, four sirens, an aerodynamic light bar, a refrigerated trunk for organ storage, and a defibrillator. 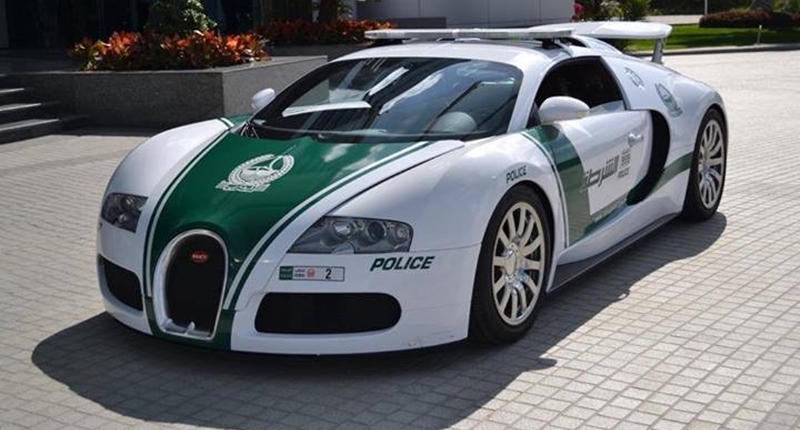 If there’s one place on the planet that demonstrates what happens when you have more money (and oil) than sense, it’s Dubai.

Whether they’re driven by expats who’ve struck it gold (who also tend to abandon their cars when the good times go bad) or locals, the city state is awash with luxury vehicles.

Sure, the excess took a bit of a hit with the 2008 global recession, but there are still plenty of cars out there capable of breaking the law at high speed.

And that’s just one reason why the Dubai police decided to buy a US$1.6-million Bugatti Veyron and deck it it out in police livery.

Unfortunately the Bugatti police car isn’t on active duty, as it were. Instead, it’s meant to serve as kind of a rolling billboard for the UAE’s wealth, just like a number of other cars in the Dubai police department’s fleet. 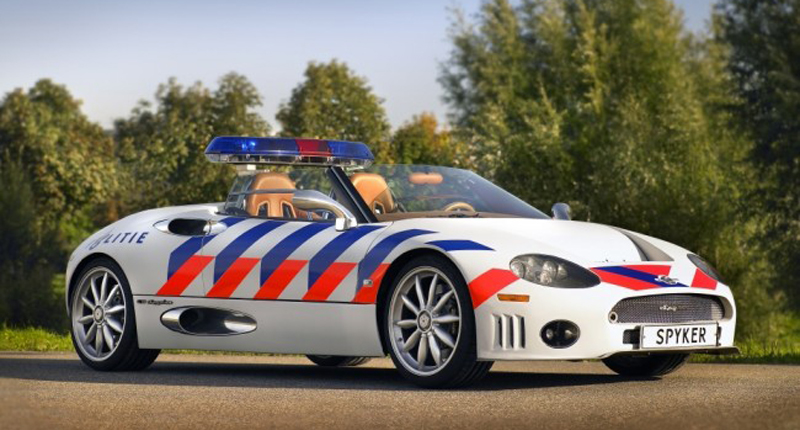 What? We didn’t say anything about the cars on this list looking intimidating. Thing is, while the Spyker C8 Spyder handed over to Dutch police in 2006 might look more like it should be driven by the fun police than the actual police, it’s capable of seriously eating up the tarmac if it needs to.

Unlike many of the cars on this list, the Ford Mustang has a pretty long — and proud — history in law enforcement.

And while it may not be as fast, or as nimble around corners as those other cars, it is an icon and it’s difficult not to imagine that every cop cracks a massive smile when he gets handed the keys to a police packages ‘stang for the first time.

Now imagine how much bigger that smile is if they’re lucky enough to drive an unmarked one:

Yup, that’s right do wrong in Abu Dhabi and you could have a GTR bearing down on you. It’s almost worth it just so you can tell people it happened, right?