By Andy Walker, former editor
Read nextIs this the greatest used car ad ever made? 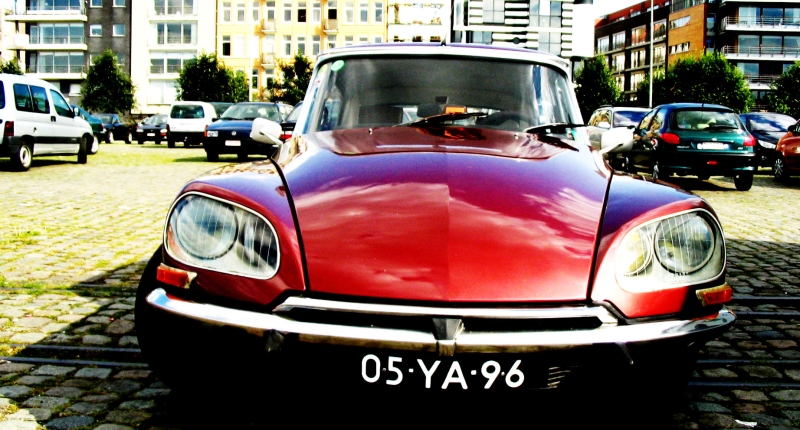 The automotive world is quite indebted to the French’s brilliance. Without their ingenuity, the car would probably still be rolling around on wooden wheels with sticks acting as primitive steering. From breakthrough concepts like drum brakes, catalytic converters, rubber tyres and theÂ original steam-engined tricycle, the French have also produced some stellar cars in their time. Although many don’t see it that way.

All auto manufacturers are ashamed of that one ugly ducking that left the production line when heads were turned.

French manufacturers are known for letting this happen more often than most.

There was the dreary Renault Alliance, a car so bland that pigeon droppings actually improved its exterior, and of course, the recent Peugeot 1007, a car that didn’t really know if it was a mini-bus or a two-door coupe.

But in honour of Bastille Day and France’s genuinely brilliant additions to the motoring world, we celebrate seven of the greatest Tricolore-inspired cars ever made. The beautiful Berlinette was produced between 1961 and 1977, came with three engine options and one gorgeous body shell. Although slathered in French finesse and flair, the A110 was as tough as old boots and spent most of 1973 dominating the World Rally Championship. What happens when the French get a little adventurous? They shove a 3.0-litre V6 engine to the middle of a Renault Clio hatchback. Although this may seem completely quixotic, it actually worked rather well. Co-developed by Porsche, the purposefully-named “Phase 2” version pushed out 252-horsepower and leaped to 100km/h from standstill in under 5.9 seconds. At the time it was the world’s most powerful production hatchback, and definitely the scariest. Possessing a smoother ride than a blimp, the Citroen DS was way before its time. Flaunting the world’s first self-levelling suspension and shrouded in space-age body panels, it would’t have been out of place in Back to the Future. It was a luxury to drive, a pleasure to look at and allegedly, it handled corners rather well too.

After 20 years of production though, the car was shelved in 1975. Today, drivers who enjoy disc brakes, power steering and semi-automatic transmissions in current cars wouldn’t have felt out of place driving the DS back in the sixties. This car encouraged the mainstream adoption of these technologies that we now take for granted. The original rebel back when the Clio V6 was a mere day dream, the tiny Peugeot 205 GTi was busy winning rallies and teenage drivers’ hearts in the eighties. The roadgoing 205 GTi was launched in 1984 and packed an impressive 120-horsepower in its most powerful trim. Although often regarded as a devilish wrecking mobile, the 205 GTi remains the benchmark for all hot hatch comparisons today, especially those that follow in its shadow. The first turbocharged car to win a Formula 1 Grand Prix (fittingly, the 1979 French Grand Prix), the RS10, driven by Frenchmen Rene Arnoux and Jean-Pierre Jabouille was a fire breathing masterpiece. Many teams on the grid regarded the combination of small engine and racing turbocharger as pointless in F1, especially compared to the then-V12 monsters on the grid. This soon changed as the Rs10’s successful introduction spurned what would become known as Formula 1’s glorious Turbo Era. Of course, it also inspired the current crop of Formula 1 turbocharged engines as well. Bugatti may be one of the most multinational car manufacturers around. Although the company was founded by an Italian in German-occupied land and currently owned by Volkswagen, the company’s home is firmly set in Alsace country.

With more brash power than six Renault Clio V6s combined, the original EB 16.4, at the time of its release was the world’s most powerful and surely elaborate production car ever made. It is also currently the world’s fastest production model in its 431km/h SuperSport guise, thanks to it’s four turbochargers and ten radiators.

Any car that broke Ferrari’s new millenium dominance had to be very special indeed, and the R25 and R26 definitely were. Following in their great-grandfather’s stead, the Alonso-driven Renaults were two of the most successful Formula 1 cars ever built by the French manufacturer. Competing with Michael Schumacher‘s Ferrari army, the 2005 Renault R25 was the first car not designed by Rory Byrne or Adrian Newey in 14 years to win the Constructors’ Championship.

But this wasn’t to be the only success. The following season with the R26, Renault conquered Formula 1 once again. 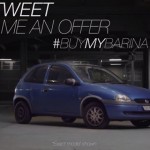 Is this the greatest used car ad ever made?
Advertising & Marketing • 15 July 2014
Read More
More