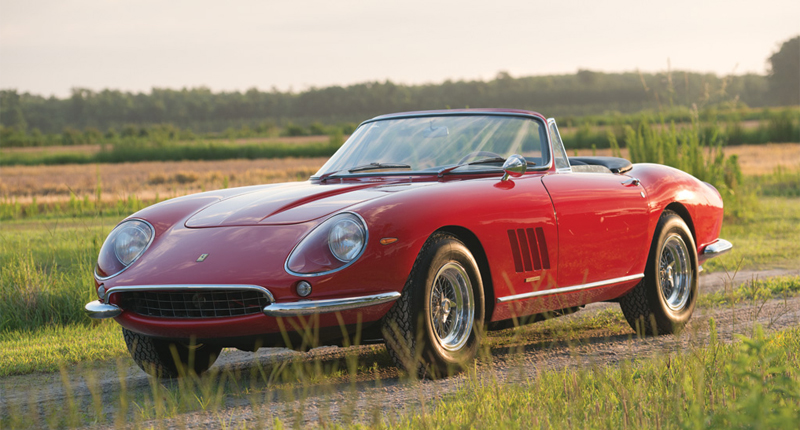 For most of us, the purchase of a motor vehicle comes pre-packed with a hefty expectation of rampant depreciation. Drive that shiny new car off the showroom floor and its value starts to fall faster than a poorly co-ordinated fat kid from a particularly tall tree.

But there are a few vehicles out there that do, in fact, serve as worthwhile investments.

Yes, these rare automobiles rapidly gain value as they age, and when they do finally go to auction, they end up smashing their reserves and sometimes fetching completely ludicrous sums of cash.

Of course, even these record price-tags have undoubtedly been beaten in private deals (a Ferrari 250 GTO, for example, was rumoured to have sold for some R52-million in 2013), but today weâ€™re going to focus solely on official auction sales.

So, here are the ten most expensive cars ever sold at auction â€“ seven of which are Ferraris.

Weâ€™ll start at number ten and work our way down to number one. Going once, going twiceâ€¦ Sold to the Motorburn reader with the deepest pockets! Like pretty much every vehicle on this list, the GT40 is a bit of a legend. Built as a high-performance collaboration between the Brits and the Yanks, the swoopy endurance car from Ford claimed four consecutive Le Mans victories, absolutely dominating the sport in the mid- to late-sixties.

The example that fetched R11-million at auction in California actually started life as a Mirage â€“ clinching the first win for any car under the now fabled blue-and-marigold Gulf livery â€“ before being converted into a GT40 in early 1968. Intriguingly, it was also said to have been used by Steve McQueen as a camera car for his 1971 film Le Mans. Sold at Pebble Beach just two days after the GT40 mentioned above, this rather special California Spider Competizione was one of just nine examples boasting an all-alloy body and an extended wheelbase. It was also part of a stunning batch of Ferraris owned by prominent collector Sherman Wolf, going to auction soon after his death in 2012.

At the time of the sale, this super-desirable Spider was said to be in â€œshow conditionâ€, having been faithfully restored by Ferrari specialist David Carte. Was it one of the greatest sports cars of all time? Thereâ€™s little doubtâ€¦ This pricey Merc roadster â€“ once belonging to Baroness Gisela von Krieger â€“ went to auction on the very same day as the Ferrari above, managing to edge the 250 GT by a relatively small margin. The sleek Benz employed a supercharged 5401cc inline eight-cylinder linked to a four-speed manual transmission.

According to the auctioneers, the two-door model had had only three caretakers in its 76 years of existence, and came special-ordered with â€œunique custom featuresâ€. It was one of only 26 examples bolted together before World War II. This 1957 example was the fourth of just 34 Ferrari 250 Testa Rossa models ever built, and was originally painted white. It became a bit of a globetrotter, spending some of its early life racing in South America, before being shipped back to Europe, on to Japan and then eventually America.

The Ferrari 250 Testa Rossa was powered by a 2953cc V12 with six Weber carburettors, ostensibly built in anticipation of a reduction in permitted capacity for sports cars for the 1958 season. And looks? Well, letâ€™s just say calling it a stunning sculpture would be a bit of a disserviceâ€¦ Ferrari entered three 340/375 MM works race-cars in the 1953 Le Mans endurance event, and this example was one of them. It was built on a late 340 MM chassis, but boasted a brand new Pininfarina body inspired by the 250 MM design.

Early in its life, it underwent a host of factory upgrades, including an increase in engine capacity (from 4.1-litre to 4.5-litre) and a raft of body modifications. However, when it was sold at auction, it was finished in its â€œcorrect liveryâ€, exactly as it appeared at the 1953 Le Mans. The mid-engined 250 LM is known as the last Ferrari to win the 24 Hours of Le Mans. But the example that went under the hammer in New York in 2013 â€“ number 24 of only 32 ever built â€“ unusually began its life as a road car on the sunny streets of California, blasting up and down Mulholland Drive rather than around and around a circuit.

A few years later, this special 250 LM found its way onto many a racetrack, before retiring to spend some three decades in a personal collection in Japan. When it was purchased by its current owner, it was said to have had just 10 000 original miles on the clock. The Ferrari Testa Rossa is obviously a rather special vehicle. But the model that fetched over R16-million back in 2011 was particularly significant since it was the very first Testa Rossa. Ever. Yes, this original prototype served as the test-bed for now famous Ferrari series.

The prototype certainly didnâ€™t have an easy life, and was said to have been both set alight and crashed (which again resulted in an on-board fire) during the Le Mans of 1958. But from 1970, it settled into a laid-back retirement, under the eyes of just two caretakers until its record-setting sale. Known as “The Fearsome Four-Nine” â€“ a reference to its 4.9-litre V12 heart â€“ this Ferrari 375-Plus is apparently the only surviving example of the five that were ever built. It was a factory racer, taking part in the Mille Miglia, 24 Hours of Le Mans and 12 Hours of Sebring.

After being pretty much abandoned in Cincinnati, the vehicle was apparently removed from its resting place and sold to a French buyer. The US owner then reported it stolen, prompting Belgian authorities to impound it. After a lengthy lawsuit, the issue was settled and the 375-Plus faithfully restored. This Ferrari mouthful is one of just ten North American Racing Team examples ever bolted together. It had just one owner from new (sounds like a classifieds ad, doesnâ€™t it?), and unlike the one that Steve McQueen owned, it was seemingly never crashed.

The man with the winning bid was reportedly a Canadian entrepreneur who helped launch the Tommy Hilfiger clothing brand in the 1990s. The best part of all? The original ownerâ€™s family donated the significant proceeds to charity. The fact that this open-wheel F1 car was once raced by legendary five-time world champ Juan Manuel Fangio (to two GP victories, in fact) clearly had an affect on its auction price. But it also spent much of its life being pampered at the Daimler-Benz Museum and then the National Motor Museum in Beaulieu.

Later, the 2.5-litre straight-eight race-car was sold into private hands, moving from the UK to France and eventually on to Germany. But then in 2013 it went under the hammer at Goodwood, fetching what is still today the record price for a car sold at auction. 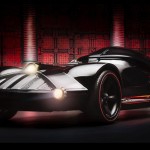