By Andy Walker
Read next5 drivetrain layouts: which is best for what?

Chevrolet hasn’t been getting good press recently, especially since those Manchester United stars who are given free Camaros would choose Bentleys, Range Rovers and Rolls-Royces instead. But it’s latest concept could do a lot to change the iconic car marque’s flailing modern image.

Chapparal and Chevrolet used to be partners smitten by racing, but the partnership that included forays into IndyCar didn’t last as long as it should have.

We’ve seen manufacturers embrace the game before, turning it into their own extended advertisements with Vision Gran concepts. Perhaps one of the more beautiful examples was Nissan’s Gran Turismo GT-R cousin. But even that can’t compete with the quota of lunacy this car, or “wingsuit”, possesses. 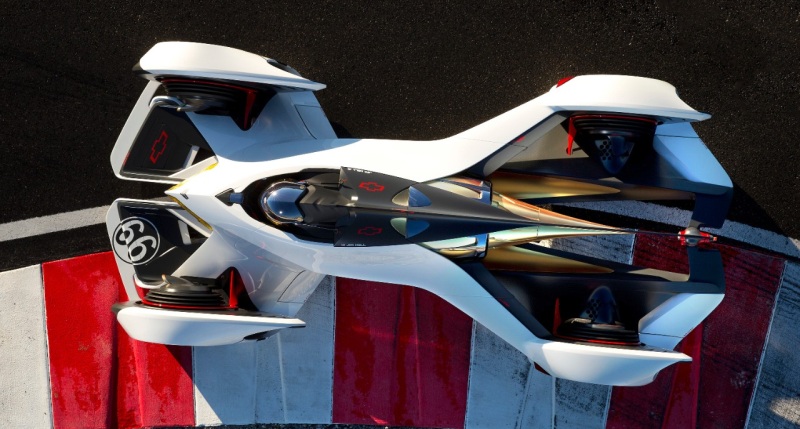 The driver lies face down in the car, while instruments are projected onto the occupant’s helmet. And if that doesn’t make you exhale a loud “whhhaaa?” then this surely will.

Within the concept, there’s a 900 horsepower light propulsion system.

According to the mad scientists at GM, there are “beams of light that focus in a shroud, creating shock waves that generate tremendous thrust in the lightweight race car”. The 0-100km/h time is completed in just 1.5 seconds — enough to severely ruin or improve your day, depending on which ditch you choose to crash into.

The propulsion system isn’t too far from fiction either. Exploration into light propulsion is already underway in space travel, but bringing laser beams to cars — is this such a good idea?

Download the car in Gran Turismo 6 and find out for yourself. 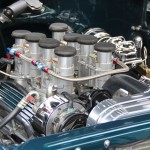 5 drivetrain layouts: which is best for what?
Car Tech • 20 November 2014
Read More
More