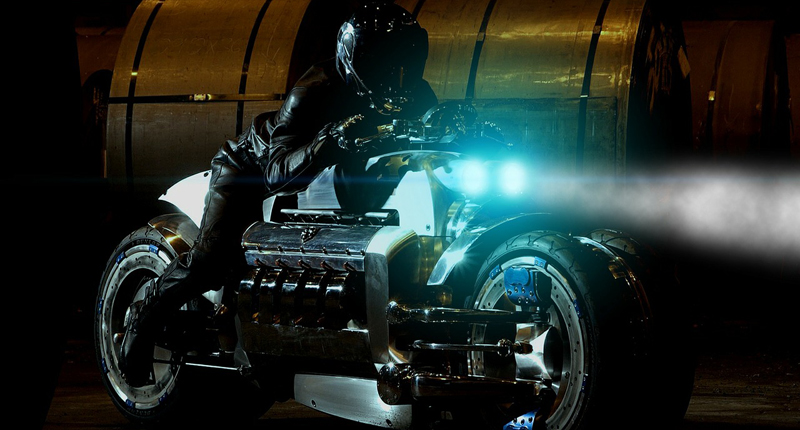 There are plenty of motorbikes on this pale blue dot we call home. Putting a number on exactly how many there are isn’t easy, but the fact that Honda sold 16.8-million of the things in 2013 — versus 4.3-million cars — should tell you that there are still plenty of places where two wheels are more popular than four. More popular and more dangerous. According to some studies, per vehicle mile traveled, motorcyclists’ risk of a fatal crash is 35 times greater than a passenger car. So why, in a world that’s going crazy for autonomous cars, is no one talking about autonomous motorbikes?

Think about it. The number one factor that comes up whenever someone raises the topic of autonomous cars is safety. We clearly can’t be trusted to get behind the wheel without being distracted by our smartphones, falling asleep, or drinking too much beforehand — the logic goes — so why not take the part we suck at away from us? It makes sense too and even if you believe that Google’s only working on the technology to get you to spend more time on Google, it seems like the long-term benefits — which apparently also include decreased time in traffic, less congestion, and higher fuel efficiency — will outweigh any risks. And so, I once again ask, why is no one talking about autonomous motorbikes?

Read more: The evolution of the motorbike: steam, gasoline and World War One

I can’t pretend to know the answer, but I do have a few ideas.

The incentives just aren’t as big

At much as safety is the biggest factor in the push for autonomous motoring, it’s not really the one the people clamoring to get their hands off the wheel are excited by. Think about it. What sounds more exciting: a reduced chance of crashing or being able to sleep — or watch the news — on your way to work? Even with your motorbike doing everything for you, it’s hardly going to be the most restful environment, so you can forget about having a nap.

As for the promise of decreased time in traffic, higher fuel efficiency and less congestion, well those are all already reasons why people buy motorbikes in the first place. Indeed, surrendering control could actually take away most of these advantages from motorbike riders. You’re hardly likely then to get the people who ride motorbikes every day to be excited about handing over control of their two-wheeled steeds.

It’s also worth pointing out that there’s a lot less space to mount electronics on a bike, especially the small kinds that make up the bulk of global sales. That said, there are people working on introducing autonomy into motorbikes. Honda and BMW for instance are working on introducing the kind of vehicle to vehicle technologies and vehicle to infrastructure that are currently present in some newer cars.

You might not lose control of the bike therefore, but a variety of smart technologies mean that bikes would be able to sense where other vehicles are on the road, or know when a traffic light’s about to turn red, or which corners it needs to slow down for.

That makes a fair degree of sense and seems more likely to fly than something akin to the autonomous future Google has in mind for its cars. That said, the internet giant does seem to think there might be a future in autonomous motorbikes:

Although Google is not currently testing any of these vehicles excluded under this section, we believe that the section should be deleted in its entirety, as any such exclusion unnecessarily restricts future innovation. It is certainly possible that future testing could include motorcycles or larger commercial vehicles.

For once though, it seems as if the manufacturers have the lead on the tech company.

Read more: Emission free cruising on a futuristic snail, anyone?

Mobility with a side-order of freedom

Perhaps though, the real reason why no one’s really talking about autonomous motorbikes can be summed up in one word: freedom. You see, perhaps even more than the car, motorbikes have always represented freedom and independence. That sense of freedom is as pertinent for the teenager riding their first scooter as it is for the haggard old biker riding his Fatboy into the desert sunset.

In the West especially, cars are a necessity, a way of getting from point A to point B that many people (shocking as it sounds to say) don’t get any joy from. Motorbikes on the other hand, even when they’re being used in purely utilitarian fashion have an element of slightly chaotic fun about them.

So then, there are plenty of reasons we aren’t talking about autonomous motorbikes, but that doesn’t mean we shouldn’t be. Because, with increasing environmental pressure, over-crowded cities, and the risks every rider currently takes when they hop on their bike, surely it’s a conversation worth having? 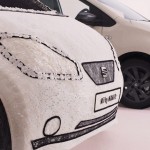