In 2007, M-Pesa was launched as a product by UK telecommunications company, Vodafone and its subsidiary, Safaricom, the largest telco operator in Kenya. Since then, it has… 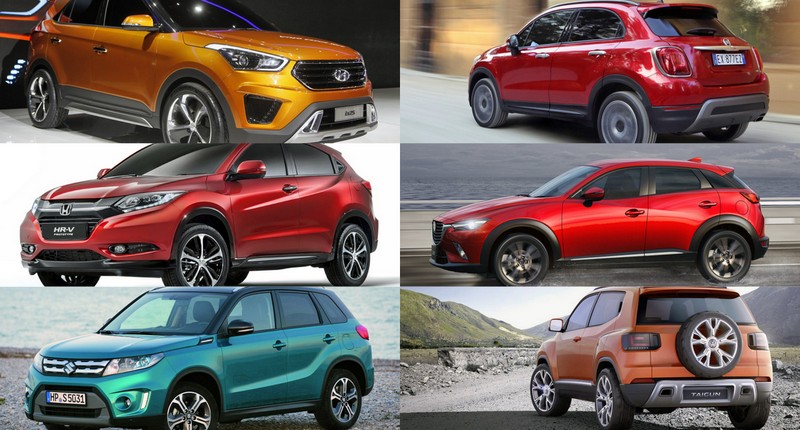 When Nissan confirmed that the Juke would go into production from 2010, the brave new vehicle found itself in the strange position of having no true rivals.

Yes, with this oddly styled mini-crossover, Nissan in effect invented a whole new segment — and it was successful from the very start.

In fact, since this bug-eyed Nissan hit the scene, we’ve seen the likes of the Ford EcoSport, Renault Captur, Opel Mokka, Chevrolet Trax, and Peugeot 2008 arrive as so-called â€œJuke-fightersâ€.

And now, with a Juke facelift (and new, downsized petrol engine) just around the corner, a second wave of B-segment crossover competitors is about to hit.

We’ve outlined six of the most interesting mini-SUVs that will likely officially go on sale in 2015. Should the Nissan Juke be worried? 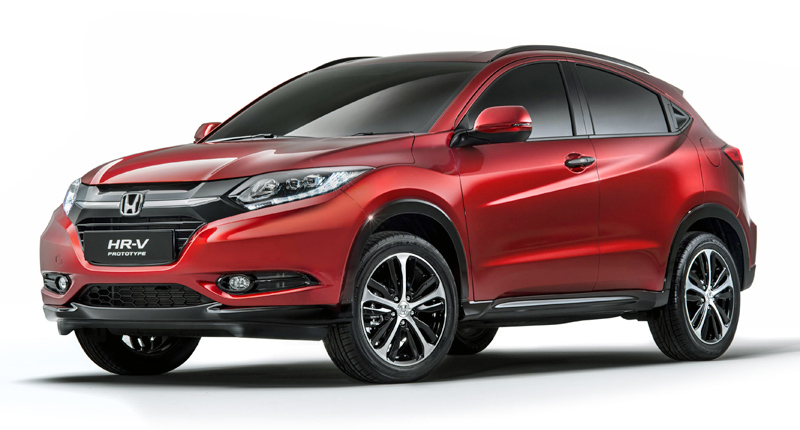 The HR-V isn’t a new nameplate, having first been used on a small SUV in some markets for a decade up to 2006. But now Honda has chosen to revive the badge for a fresh subcompact crossover based on the versatile Honda Jazz.

The new Honda HR-V is scheduled to hit showroom floors in 2015, although the Honda Vezel (a remarkably similar vehicle) has already been launched in the company’s native Japan. What sort of powertrains can we expect? Well, rumour has it that a 1.5-litre petrol four-pot will do duty under the stubby bonnet, while a 1.6-litre oil-burner has also been predicted for diesel-friendly markets. 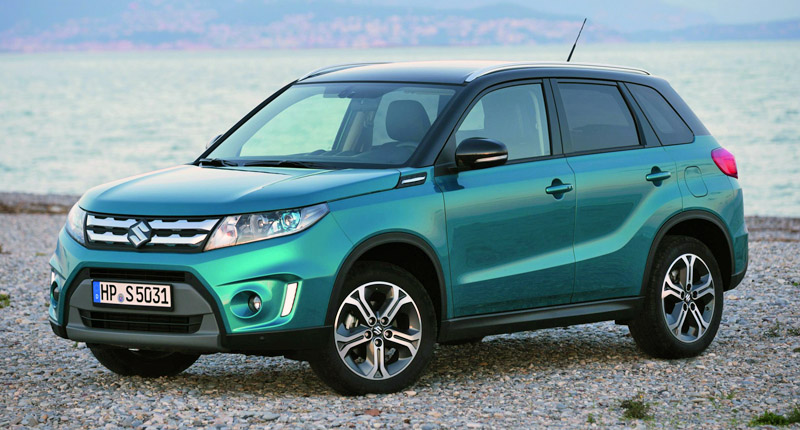 As with the HR-V above, the Vitara badge isn’t exactly unfamiliar. In fact, it was first employed some 25 years ago. But, at first glance, the new Vitara looks to be a far more polished, road-biased product than the original, which means it will appeal to the growing lifestyle segment.

When the new Vitara arrives some time in 2015, we can expect a range of petrol and diesel engines, which will send power to the front wheels for most models. However, to stay true to the badge, intelligent four-wheel drive will be offered as an option. In addition, as is the current automotive craze, buyers will be able to personalise the vehicle with various colour and trim customisation options. 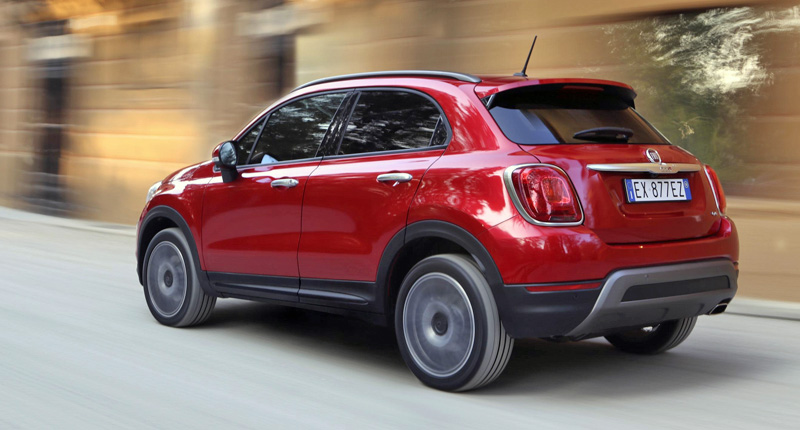 The Fiat 500X — the latest spin-off from the retro 500 badge — shares its underpinnings with the upcoming Jeep Renegade. Interestingly, there is also a â€œCrossâ€ variant, which boasts additional body-cladding and a little more off-road ability.

Since the 2015 500X range has already launched in select markets, we already know that the line-up could include up to four petrol and three diesel engines, which in front-wheel drive flavour is linked to a five-speed manual, six-speed manual or dual-clutch transmission. All-wheel drive models, however, feature a nine-speed (yes, nine!) automatic gearbox, as well as an electronic locking differential. Power in the range-topping AWD petrol 500X comes from a 2.4-litre â€œTigersharkâ€ engine with 136kW. Tasty. 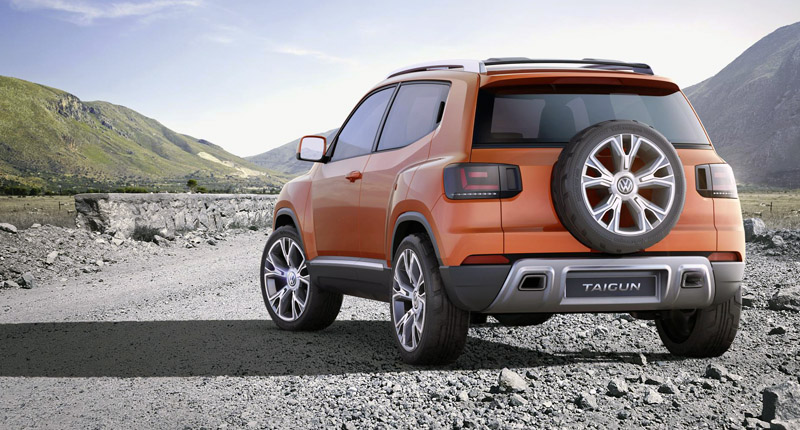 The folks at Volkswagen have been flirting with the idea of a mini-crossover for a while now, having first unveiled the Taigun concept back in 2012. The latest version — which posed for the cameras at the Auto Expo in India in early 2014 — now houses its spare wheel on the tailgate (just like the Ford EcoSport).

The Taigun is a properly compact crossover owing to the fact that it’s based on the miniscule Volkswagen Up. The final production version is expected to be unveiled before the end of 2015, and will likely employ a turbocharged 1.0-litre three-potter not too dissimilar to Ford’s acclaimed EcoBoost engine. A kerb weight of less than 1000kg means it’ll likely be rather nippy, too. 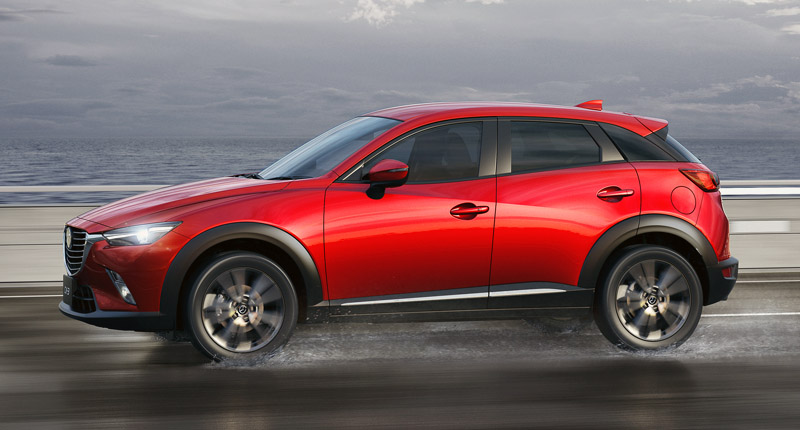 Mazda has an unusually busy 2015 lined up, and the arrival of the Japanese brand’s first city-biased crossover is set to play a major role in its fortunes. The diminutive CX-3 will be available with optional all-wheel drive (although most will surely be sold in front-wheel drive guise), and is set to be powered by a 1.5-litre diesel four-pot and perhaps even the brand’s 2.0-litre petrol.

The CX-3 pilfers its underpinnings from the new Mazda2 supermini, which itself shares a platform with the next-generation Toyota Yaris. Looks sort of like a mini-CX-5, doesn’t it? And that’s no bad thing, if you ask usâ€¦ 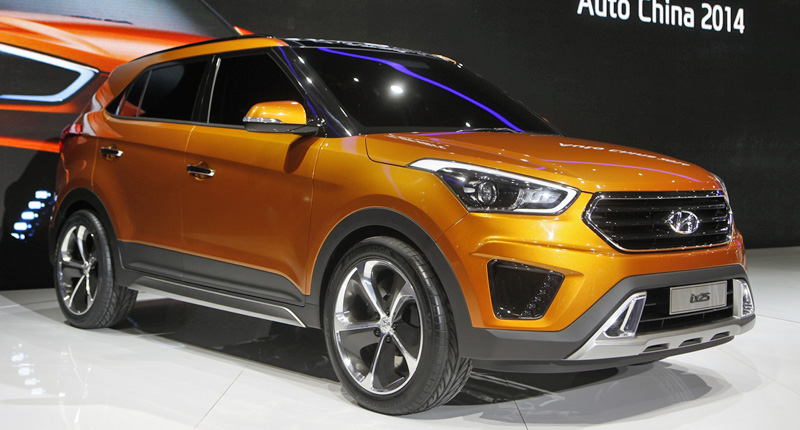 The Hyundai ix25 is already available — but in one market only. Yes, motorists in China can currently purchase the Korean automaker’s mini-SUV, which is based on the Kia Soul’s platform. At the moment, just two petrol powerplants are available: a 1.6-litre and a 2.0-litre, with the latter offered with optional all-wheel drive.

A slightly altered version of the ix25 — which of course slots in neatly beneath the ix35 — is expected to hit other markets in 2015. We can certainly expect some styling changes, with the automaker likely to pull some inspiration from the bold Intrado concept it unveiled in Geneva earlier in 2014. Chances are it’ll share a few bits and bobs with the new-generation Hyundai i20 hatchback, too. 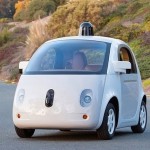