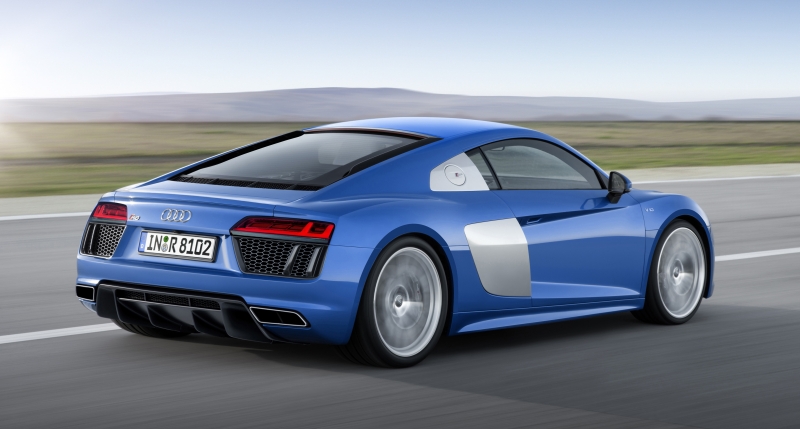 Audi is rather chuffed with itself today after it revealed its shiny new R8 sports car before the Geneva Motor Show.

Although the new model looks nearly identical to the outgoing R8, there are some subtle design tweaks here and there only noticeable to the eagle-eyed.

For one, the new R8 is slightly larger in all aspects than the old car, more aggressively sloped and more race-car in profile. All in all, Audi notes in its presser that the “entire appearance of the Audi R8 conveys a feeling of lightness and technical precision.”

The base models of the car are also fitted with Audi’s new laser headlights, first spotted on the outgoing high-end R8 LMS model.

Under the skin, there’s a new aluminium spaceframe holding the car’s trousers up, weighing in at just 220kg compared to the 1454kg total of the entire car. Audi notes that the design is “extremely light and rigid, whilst also being acoustically comfortable and offering a high level of safety.” In other words, it’s a hoot on the track. There’s also quite a bit of carbon fibre sprinkled around the car, especially noticeable on the rear diffuser.

And that will be needed considering the improved powertrain options. 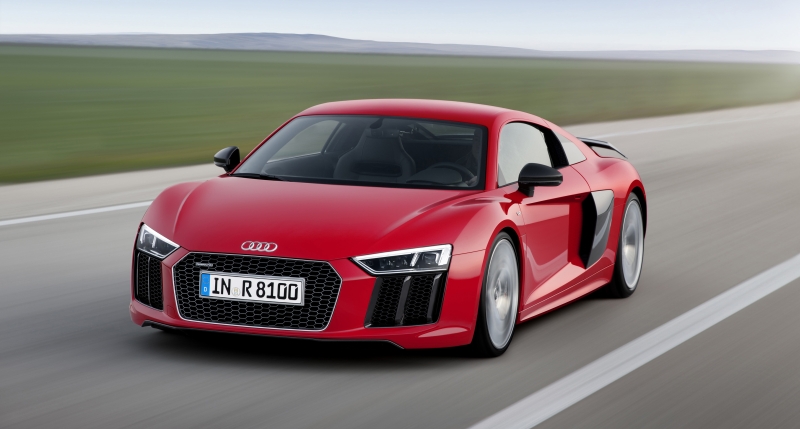 Audi has kept its faith in V10 engines in the new R8. It’s a motor it shares with the Lamborghini Aventador, but there are two distinct versions the company’s touting. The first, the mundane V10, develops 540bhp from the 5.2-litre ten-pot, which launches the car from standstill to 100km/h in 3.5 seconds, running out of puff at 320km/h.

The V10 Plus on the other hand, develops 610bhp and powers the fastest series production car Audi has ever made with performance figures of 0-100km/h in 3.2 seconds and a top speed of 330km/h.

Incredibly, the V10 Plus model uses just 12.4-litres/100km but this astonishing figure is mainly thanks to the indirect FSI engine design and the Cylinders on Demand system, which shuts down individual banks of cylinders when cruising or idling.

The new R8 is clearly designed to take it to the Porsche 911 and, rather ironically, to its more aloof sister, the Lamborghini Aventador. But Audi has also brought its years of racing experience to the road, to build a rather great looking car that will be equally at home on a beach boulevard and a track. 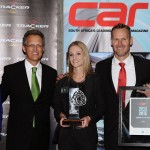