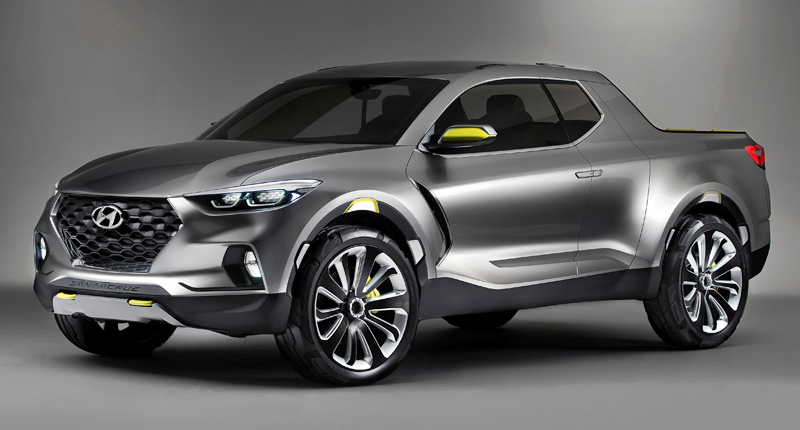 The one-tonne pickup truck segment in many parts of the world — specifically Latin America, Africa, Australia, and Europe — has long been dominated by a select few vehicles.

Yes, the Toyota Hilux and Ford Ranger are the undisputed top dogs in many such markets, including here in South Africa (read our on-paper shootout of the two upcoming new models here.

Of course, there are also various other capable load-lugging options around, from the Isuzu KB, Nissan Navara, and Volkswagen Amarok to the much-anticipated new Mitsubishi Triton (or L200 as it’s also known in some markets).

But, over the past few months, a few manufacturers foreign to this commercial segment have signalled their bold intentions to grab a chunk of the lucrative pie. And it’s these newcomers – previewed by showy concept vehicles and embellished sketches – that we’re going to investigate today.

Will they give the established pickups a run for their money? Well, it seems rather unlikely – buyers in this segment tend to be ruthlessly brand loyal, after all – but these three vehicles certainly do offer something different. With its new Alaskan Concept, Renault has boldly announced its decision to move into the pickup market, with the showcar said to preview a production model slated for release as soon as the first quarter of 2016.

That said, the French brand has already whipped the covers off the Duster-based Oroch, but this model will be classed as a medium-sized pickup, slotting in below the Alaskan (if the production version does indeed retain this moniker). The one-tonner Alaskan will all but certainly be based on the new Nissan Navara (thanks to the alliance with the Japanese automaker), which should give it seriously solid underpinnings. But Renault will target both business and leisure use, saying its pickup will be capable of providing the best of both worlds.

While the concept is powered by the alliance’s familiar 2.3-litre four-cylinder turbo-diesel engine (with claimed best-in-class fuel economy), the Boulogne-Billancourt-based automaker says a “broad range” of powertrains and body styles will be available when the model comes to market.

It also describes the newcomer as a “high-end” pickup, which perhaps suggests a slight leaning towards the leisure market. Indeed, Renault says it plans to draw on its extensive “crossover know-how” when building the production Alaskan. A production version of Hyundai’s Santa Cruz Concept has not yet been officially confirmed, but rumour has it that it will indeed see the light of day come 2017. But this pickup takes a different approach to its traditional foes, placing a distinct emphasis on the “lifestyle” side of things.

And, seeing that the Korean automaker has become rather adept at building comfortable SUVs, that needn’t be a bad thing at all. In fact, the concept boasts various peculiarities, such as rear-hinged back doors and a load-bed rendered expandable thanks to a clever drawer-like sliding function. This tailgate extension allows the load-bed length to be stretched to something akin to a mid-size pickup, with Hyundai claiming this would allow the vehicle to provide added practicality. Indeed, the brand says the Santa Cruz wasn’t conceived as “an alternative” to the normal pickups, which means towing, payload and ground clearance weren’t primary goals.

Instead, the five-seater Korean pickup would ostensibly be marketed at crossover and sedan buyers “who are seeking greater utility, without the compromises that traditional trucks often require”.

The concept is powered by a 2.0-litre turbo-diesel powertrain with 142kW and 407Nm, and boasts a claimed fuel economy of just over 6.0 litres per 100km. And, despite not having any serious workhorse aspirations, it also features an all-wheel drive system. Where Hyundai’s concept sets itself apart from traditional options thanks to its crossover attributes, the upcoming Mercedes-Benz pickup – which is due to go on sale at some stage before 2020 – takes another interesting angle.

Yes, as we detailed in our piece on the Benz pickup earlier this year, the German automaker is aiming to build what it bills as the world’s first mass-production premium pickup. But it won’t really be making it itself, as it turns out.

Indeed, the premium one-tonner – like the Renault above – will be based on the Nissan Navara, but with engineering and design input from the folks at Daimler. And the luxury brand is keen to emphasise that the upcoming model will bear all of “Mercedes Benz’ distinctive characteristics and features”.

The Mercedes double-cab will be bolted together by Nissan at the Renault plant in Argentina and at the Nissan plant in Spain. Despite the premium aspirations, the Stuttgart-based automaker insists its pickup will still offer “a high level of utility”.

Of course, Mercedes-Benz is no stranger to the commercial market, having been designing and producing proper trucks and vans for many years. Truth be told, we expect this premium pickup to be nothing short of a resounding success when it eventually hits the market.