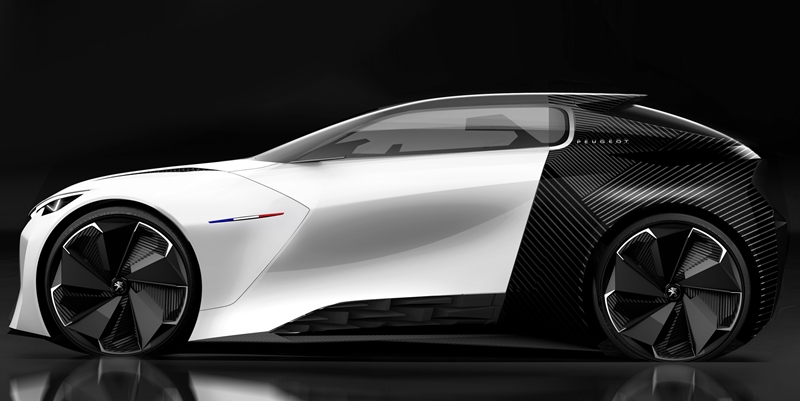 Major European motor shows and zany Peugeot concept cars go together like ice cream and chocolate sprinkles. The French auto giant has a knack for allowing its designers to let their imaginations run wild and this year’s Frankfurt Auto Show is no exception.

At the show Peugeot will unveil the Fractal, an “electric urban coupé” that seems to mainly be about sound. And no, we don’t mean just in the pumping Bang & Olufsen sense either.

If you’re wondering how this concept gets its name, here’s a brief explanation (courtesy of Wikipedia) of what a fractal actually is:

A fractal is a natural phenomenon or a mathematical set that exhibits a repeating pattern that displays at every scale.

While we’re sure Peugeot has found plenty of ways to work that into the car’s design, we’re also willing to bet that the vast majority of you will be interested in more concrete numbers.

Power-wise, the Fractal comes with two electric motors, each delivering 75kW/102hp, fitted to the front and rear axles.

According to the French carmaker, the Fractal features 3.81m long and 1.77m wide and comes 19 inch Tall&Narrow wheels are positioned at either end of the car, with an overhang of 0.52m front and back.

That’s designed to make it as maneuverable as possible. Thankfully Peugeot’s managed to build the car to those dimensions without making the proportions too weird-looking. In fact, the Fractal actually looks like it could be a lot of fun.

That said, Peugeot doesn’t really mention fun in the material it’s released on the Fractal. In fact, it says that the concept car is designed to be “always [be] in sync with its environment”.

According to the car maker, the “styling also embodies the car’s ease in an urban environment, which is reflected in the dynamic lines that flow along the length of the smooth body”.

It also claims that the 7cm clearance for motorway driving improves aerodynamics to range and boost battery life. And in a trick straight out of sister company Citroen’s play book, that clearance can be increased to 11cm in urban environments, “allowing the car to take speed humps and car park entrances in its stride.”

As we’ve already mentioned though, the Fractal is really all about sound. According to Peugeot, the electric motor, Tall&Narrow tyres, go a long way to ensuring that the car glides through city streets as quietly as possible. In addition, Peugeot says, the wheels feature 3D-printed dihedral components to attenuate aerodynamic noise. Based on anechoic chambers, these additions reduce the intensity of sound waves, and therefore their noise levels, by causing them to bounce from one surface to another.

To ensure that it doesn’t knock over unsuspecting pedestrians, Peugeot has fitted the Fractal with a unique sound signature to alert other road users of its presence.

Inside, the choice of materials is apparently inspired by auditoriums and recording studios: black oak decorates the instrument panel, door panels and bucket seats; copper trim reminiscent of audio connections runs through the interior, “with 3D-printed anechoic motifs enhancing acoustic comfort”. A 3D textile mesh covers the seats and is offset by white leather trim.

The actual sound system meanwhile is built by French manufacturer FOCAL and a ‘9.1.2’ system “combining a high-quality 9.1 set-up consisting of 13 speakers featuring tactile bass systems built into the back of each seat”.

“Drivers need to process an increasing amount of information within their vehicle, which demands more and more attention,” Peugeot says. “The acoustic ergonomics enhance interaction with the PEUGEOT i-Cockpit and makes it easier to keep eyes on the road. The spatialisation of sound sources allows the driver to absorb and understand information more effectively and easily.”

Aside from the acoustic stuff, there’s plenty of other tech in the Fractal. An LED strip above the vent at the rear for intance shows the battery charge status via an equalizer-type display. These LEDs also act as rear lights when PEUGEOT FRACTAL is moving. The light signature in the front starts below the grille and flows over the headlamps. It also includes scrolling indicators.

There are also toggle switches within easy reach on the arches on either side of the steering wheel. The right hand arch also houses the controls to activate the electric drive system. The 7.7-inch AMOLED touchscreen built into the centre console can be used to control all PEUGEOT FRACTAL functions. Passengers in the rear also have a panel allowing them to adjust their immediate surroundings. 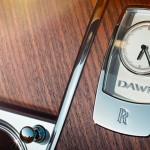