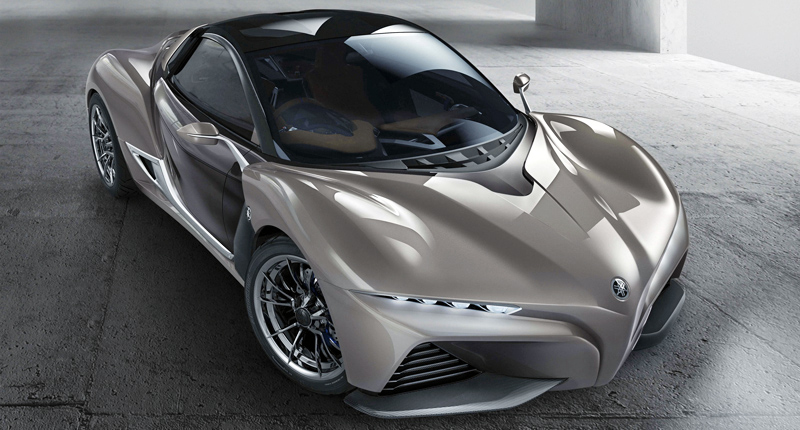 Here at Motorburn, we’ve always had a bit of a love-hate relationship with concept cars.

On the one hand, most concepts draw us in with their extravagant styling, futuristic powertrains, and refreshing impracticality. But, when push comes to shove, these show-stoppers rarely make it through the arduous journey to production.

And the lucky few that do indeed see the light of day tend to barely resemble the concepts that roused our interest in the first place. It’s a cruel cycle that petrol-heads endure year after year.

The year 2015, of course, was no different. We spent countless hours ogling the best concepts from the world’s top auto shows, drenching our keyboards in drool (and drawing puzzled looks from our possibly disgusted co-workers).

So, here are the eight concept cars from 2015 that we feel absolutely need to be built. You may want to lay a sheet of plastic over your keyboard before reading on… In Frankfurt, Audi whipped the covers off its e-tron quattro concept, an electric crossover that would in theory do battle with the Tesla Model X. And the numbers are rather impressive: peak outputs of 370kW and 800Nm; a zero to 100km/h sprint time of 4.6 seconds; and a range exceeding 500km.

And the chances of the Ingolstadt-based automaker actually building a fast-charging production version are pretty good – by 2018, no less. Indeed, the 4.88m-long concept – which employs a total of three electric motors – was presented as a “concrete foretaste” of an upcoming all-electric SUV that will likely be badged as the Audi Q6. BMW took the motoring world by surprise when it revealed the CSL Hommage concept at the Concorso d’Eleganza Villa d’Este in Italy. This stunning show car was built to pay tribute to the famous 3.0 CSL model – fondly referred to as the “Batmobile” – from the mid-seventies.

The 2015 version – which was followed by a retro-liveried “R” derivative at Pebble Beach later in the year – features oodles of carbon-fibre-reinforced plastic, a six-cylinder hybrid powertrain, and more angry styling cues than a modern jet fighter. Unfortunately, this monster is merely a design exercise, and BMW has no known plans to offer production versions to the public. In this application, the high-revving engine makes around 160kW (at a lofty 13 000rpm) and 118Nm (at 10 500rpm), delivered through a six-speed dual-clutch transmission. The lightweight vehicle features a strange “floating seat” design, which no doubt makes it even more thrilling to pilot. Unfortunately, it also means Project 2&4 would struggle to meet safety standards as a production car. Pity, that… If Hyundai ever needed a reason to build a compact pick-up truck, the public’s reaction to the unveiling of the Santa Cruz concept in Detroit was it. This pick-up concept, however, isn’t actually a pick-up underneath. You see, from what we can glean, it shares its platform with the Sante Fe SUV, and that means there’s no rugged body-on-frame design.

Indeed, the Korean automaker presented it as a “crossover truck”, complete with an expandable load-bed, 2.0-litre turbo-diesel mill, and seating for five. And it freely admitted that strong towing, payload and ground-clearance figures “were not primary goals” during the model’s conception. Will it ever be built? Rumours suggest it will… and soon-ish. Yes, it’s a wagon. From Kia. And, yes, we think it’s absolutely gorgeous. The Sportspace concept attracted plenty of admiring glances on its debut in Geneva. So much so that we were pretty much convinced that it was essentially a preview of an Optima estate.

Unfortunately, the powers that be at Kia seem to have decided that it wouldn’t make financial sense to put the stunning Sportspace into production, adding that it would furthermore steal sales from the Sorento. This makes us sad. Exceedingly sad. The swoopy RX-Vision concept positively stole the show in Tokyo this year. One reason was the show-car’s frankly spectacular styling. Another, of course, was the fact that it hinted rather strongly that Mazda was in the process of reviving the famed rotary engine.

Yes, the Japanese automaker still holds hope of bringing back the Wankel mill, revealing that the front-engine, rear-wheel drive concept represents a “vision of the future that could only come from Mazda”. Here’s hoping the brand’s engineers are working overtime to overcome the rotary’s well-known technical challenges. Ever since the Subaru BRZ and its Toyota 86 twin hit the market, fans the world over have been calling for more power. And, in New York this year, these horsepower-mad enthusiasts had a glimpse of what the future could indeed hold: the Subaru BRZ STI Performance concept.

This brawny BRZ is fitted with a 2.0-litre horizontally opposed racing engine worth somewhere in the region of 225kW and 450Nm. Plenty, then. Of course, the show-car also boasts uprated suspension, a more rigid body, beefier brakes, and some tasty aerodynamic updates (including that obligatory, towering rear wing). Come on, Subaru: the world would be a better place with an STI-badged BRZ… Hear the name “Yamaha” and you’re more likely to think of vehicles with two wheels than four. Or, indeed, musical instruments. But the Japanese manufacturer switched its focus at the Tokyo Motor Show, revealing a compact sports-car about the size of a Mazda MX-5. Underneath this concept’s brave styling is a set of underpinnings developed by none other than Gordon Murray of McLaren F1 fame.

The Sports Ride concept is meant to carry over the feeling of riding a motorcycle into a vehicle with “quintessential sports-car proportions”. Unfortunately, Yamaha made no mention of what sort of powertrain the lightweight two-seater would use. Nor of whether we could expect to ever see a production version. 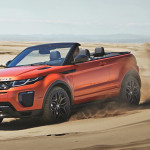