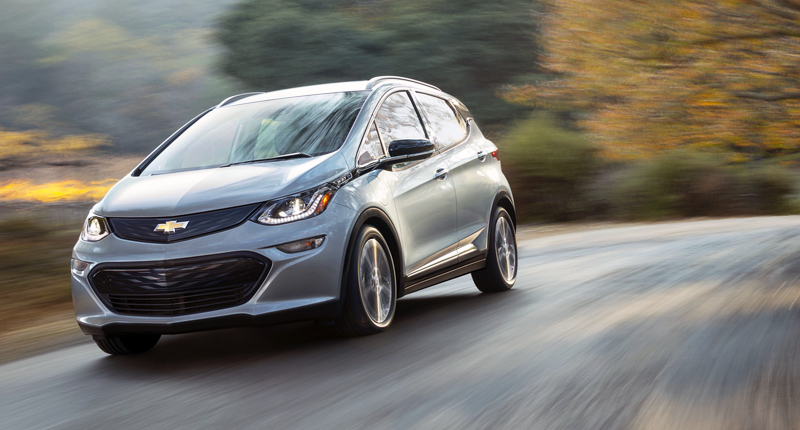 One is a 104-year-old American manufacturer peddling everything from dinky city cars to chunky SUVs, fire-breathing muscle cars, and macho pick-up trucks. The other is a potential market disruptor that has quickly become known for its blindingly fast, highly desirable electric vehicles.

But these two divergent brands share one particularly significant goal: that of bringing a mass-produced electric vehicle (with a decent range) to the US market at a relatively affordable price.

Indeed, the upcoming Model 3 – which Elon Musk promises will be unveiled in March 2016 – will have plenty resting on its no-doubt shapely shoulders as Tesla bids to move into the money-making volume segment.

Thing is, the forward-thinking California-based electric car specialist appears to already have been beaten to the punch. By a traditionally slow-moving Detroit giant, no less.

Yes, General Motors took the wraps off the Chevrolet Bolt at the recent Consumer Electronics Show, just one short year after presenting the vehicle in concept form at the 2015 edition of the North American International Auto Show. That’s an almost unheard-of turnaround time for an old-school automaker.

And, on first impressions, the little EV – which will go into production later in 2016 – appears to tick all the right boxes.

The Bolt boasts a claimed range of more than 320km (easily eclipsing the likes of the Nissan Leaf and BMW i3), and Chevrolet says it will be priced at around $37 500 before incentives. Realistically, then, that number could fall to $30 000 – or even a little lower – after all the relevant government rebates for eligible buyers are taken into account.

And it’ll be full of funky standard features, too, including a 10.2-inch touchscreen, Apple CarPlay and Android Auto functionality, a clever surround-view system, LED lights front and rear, 4G LTE Wi-Fi connectivity, and even wireless smartphone charging. It’ll be able available with a wide range of big-car safety technology as well, such as automatic braking and collision mitigation systems, blind-spot alert, and rear cross traffic alert.

The electric motor is linked to a 60kWh lithium-ion battery pack that weighs 435kg, while total output sits at a respectable 150kW and 360Nm. That’ll see the front-wheel drive Bolt, er, bolt to 100km/h from standstill in less than seven seconds, according to the automaker.

But would you buy one over a similarly priced (and as yet unseen) Tesla Model 3? Well, that’s a question that may well be rather difficult to answer for some time yet. You see, at best, the first production examples of the Model 3 will be available in early 2018, which gives the Bolt a substantial head-start.

And when the Model 3 finally does become available, it’ll likely be in extremely limited quantities (as the brand attempts to get its Gigafactories fully operational), which will result in possibly offputtingly long waiting lists. Chevrolet, in contrast, will have a far more realistic chance of matching supply to demand – even if the latter is fairly significant – once the five-seater Bolt takes off.

Of course, although the two vehicles attempt to answer the same question – functioning as mass-produced electric solutions with acceptable range and affordable price-tags – they’ll no doubt be drastically different animals, even in terms of appearance alone. Indeed, Chevrolet is positioning the Bolt as a hatchback-cum-crossover, while the Model 3 is likely to debut as a sedan (with talk of other body-styles being offered further down the line).

But attempting to directly compare the two products would be exceptionally unfair on both, since very little – beyond rumours, anyway – is known about the Tesla. No, we’ll have to wait for the latter to be officially unveiled before we can make any meaningful comparisons.

That said, there’s little doubt that the Chevrolet Bolt’s running start is significant. And one that leaves the Tesla Model 3 with plenty of catching up to do – before it’s even turned a wheel in anger. 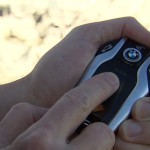