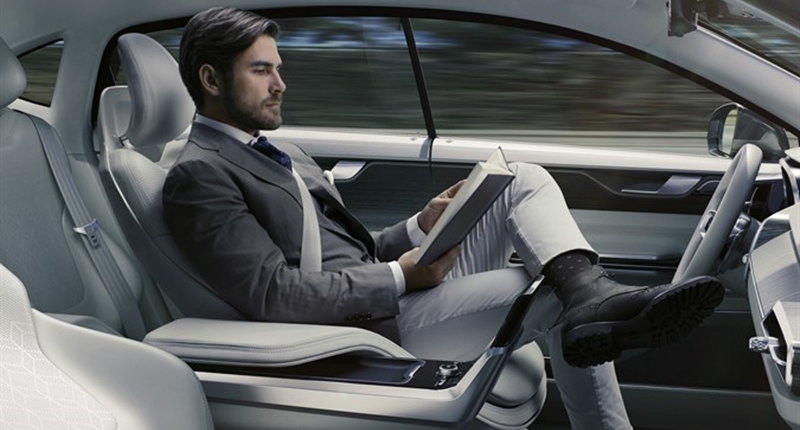 Volvo has revealed its plans for the future, and they largely involve you sitting back and relaxing on your daily commute.

In a press release issued by the Swedish carmaker, it outlined the vision behind all the products it unveiled at CES 2016. According to Volvo, the “intelligent, high-bandwidth streaming capabilities” it’s developing with its technology partner Ericsson will “ensure drivers and passengers get the most out of their time travelling in an autonomous Volvo”.

“We recently unveiled our design vision for fully autonomous cars with Concept 26. Now we are actively working on future solutions to deliver the best user experience in fully autonomous mode. Imagine a highway full of autonomous cars with their occupants sitting back watching their favourite TV shows in high definition. This new way of commuting will demand new technology, and a much broader bandwidth to ensure a smooth and enjoyable experience,” said Anders Tylman, General Manager Volvo Monitoring & Concept Centre at Volvo Car Group.

A part of the reason Volvo’s working with Ericsson is because it believes that that the shift to autonomous motoring will bring increased internet demands with it. According to Volvo, the two companies believe that this shift will see an increased need for consistent and high-bandwidth coverage outside densely populated areas such as city centres and suburbs.

Ericsson’s networks, Volvo says, will enable it to deliver a high-quality, interruption-free experience in its cars whilst on the move. By predicting the driver’s route and looking ahead at network conditions, content can be tailored to the duration of each trip and intelligently buffered to deliver a high quality and uninterrupted viewing experience.

By learning the most common routes and times of travel and understanding media preferences, Volvo says, future Volvo cars will be able to provide one-click navigation and a customised preference-based list of potential media – allowing drivers to choose routes and select content tailored to the amount of autonomous time that is available during their commute.

Talking to your car

Volvo also says it’s working on a partnership with Microsoft that will enable you to talk to your car. The relationship, which builds on their 2015 HoloLens collaboration, the two companies are now aiming to provide remote voice control for Volvo cars via the Microsoft Band 2 as another proof-point in their ambition to jointly develop next generation automotive technologies.

Klas Bendrik, Senior Vice President and Group Chief Information Officer at Volvo Car Group, said: “When innovating, we are not interested in technology for the sake of technology. If a technology does not make a customer’s life easier, better, safer or more fun, we don’t use it.”

“Volvo is intent on making the car experience as easy and convenient as possible by utilising the latest technology in the most relevant and inspiring ways. With voice control we are only just beginning to scratch the surface of what is possible with digital assistant functionalities,” said Thomas M. Müller, Vice President Electrics/ Electronics & Chassis at Volvo Car Group. 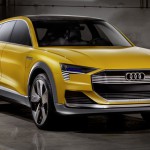