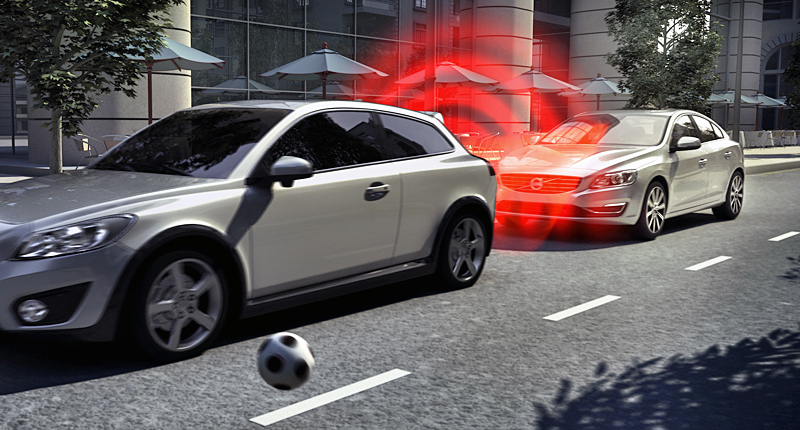 Imagine blasting down the highway in a vehicle that doesn’t offer any seatbelts.

If you’re anything like us, you’d feel somewhat unsettled. A little exposed, even. Or just plain unsafe.

But there was once a time when that wouldn’t have been the case. When seatbelts weren’t mandatory, or even standard equipment on most vehicles.

Today, of course, it’s widely accepted that this relatively simple primary restraint system plays a significant role in the reduction of deaths and serious injuries in traffic collisions.

But authorities believe that – in addition to the likes of ABS and airbags – there is another safety feature that should be standard on every single new vehicle sold. That feature goes by the name of autonomous emergency braking, or AEB.

A recent Euro NCAP study suggests that even the most basic low-speed version of this safety technology can result in a 38 percent reduction in real-world, rear-end crashes. Indeed, the independent body has long described AEB as one of the “more promising” safety technologies around, having seen it debut on the Volvo XC60 back in 2008.

In fact, Euro NCAP has even made AEB technology a “key discriminator” in its rating of new vehicles, essentially offering higher safety scores as an incentive to automakers that make the feature standard.

So, what exactly is AEB? Well, most versions of the system work in two ways: they help avoid crashes by identifying critical situations and warning the driver (who can then take action), and they reduce the severity of any crashes that simply cannot be avoided (by cutting speed and sometimes even priming the restraint systems for impact).

In its most fundamental form, autonomous emergency braking does exactly as the name says: it independently slows the vehicle in a critical situation by applying the brakes. And automakers call them all sorts of different things, from Volkswagen’s Front Assist to Mercedes-Benz’s Collision Prevention Assist and Volvo’s original City Safety.

The most common kind works at low speeds only (which makes it best suited to city driving), but more complex versions that function across a wider range of speeds are becoming increasingly common.

The simplest of AEB sensors are Lidar-based (light detection and ranging), which work over short distances by using light detection to calculate the distance to the vehicle in front. More sophisticated systems make use of radar sensors, camera sensors, or a combination of the two.

Sounds expensive, right? Well, apparently not. UK-based Thatcham Research recently revealed that fitting a vehicle with a Lidar-based system would cost the manufacturer somewhere in the region of £37 (about $54), while more advanced AEB systems, which would provide additional functionality (such as the ability to recognise and avoid pedestrians and cyclists) would still cost less than £200 (around $290).

“There is no longer any excuse for car-makers to launch new cars without AEB as standard across the board, and along with dealerships, to promote and explain AEB more effectively to consumers,” said Matthew Avery, Thatcham’s Director of Research.

“Not only will this reduce insurance premiums, but [it will also] give peace of mind for motorists by significantly reducing crashes and associated injuries.”

The problem, naturally, is who pays for it – even if the cost isn’t quite as significant as some might expect. According to Thatcham, some 41 percent of cars for sale in the UK in 2015 had AEB available, but only 17 percent had it as standard equipment. Of the remaining 24 percent, less than two percent of cars were specified with AEB as a cost extra.

Euro NCAP and Thatcham say this reluctance on the part of the consumer is a major reason for automakers to fit AEB as standard on all new mainstream cars.

Will safety watchdogs like Euro NCAP get their way (even if the technology’s cost is ultimately passed along to the consumer in the overall vehicle price) or will the world’s major automobile manufacturers continue to offer this potentially life-saving safety feature as a mere option?

Well, Thatcham is convinced that the technology is worth it, describing AEB as “probably the most significant development in vehicle safety since the seatbelt”. And can you imagine blasting down the highway without a seatbelt on? Us neither… 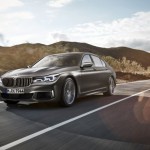