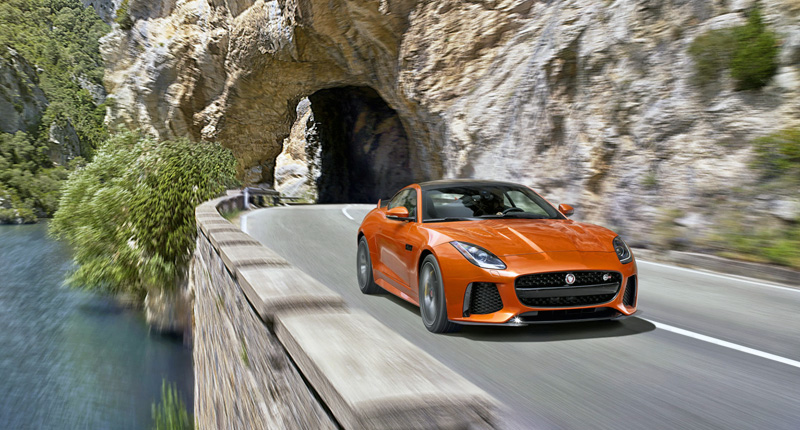 “Special Vehicle Operations”. Sounds like some sort of gadget-crazy division one might find in a James Bond film, doesn’t it?

Well, while this unit is most certainly British, it’s actually a genuine business branch of the Jaguar Land Rover group. And its main task is to build a bunch of drool-inducing halo vehicles.

Run from a dedicated technical centre on the outskirts of Coventry, the special operations division employs some 150 experts to think up and bolt together high-end luxury bespoke commissions and extreme performance vehicles.

In a way, that makes SVO to Jaguar Land Rover (which, incidentally, is a wholly owned subsidiary of Tata Motors) what AMG is to Mercedes-Benz. And the first of its products seem to be just as exciting as those coming out of Affalterbach.

Performance models wear the SVR moniker, while those focused on luxury above all else will have an SV badge plastered onto their opulent rumps. There will also be a few special projects (the first of which we outline below) and we can expect future all-terrain halo models to adopt the SVX name.

“Every Jaguar and Land Rover is already a fantastic product, but at Special Vehicle Operations we take them back to the drawing board to determine how we can make them even better,” said John Edwards, the division’s managing director.

“Our expertise is not just in extracting more performance, but also looking at the needs of our most selective customers and tailoring vehicles to their tastes or requirements.”

So, let’s take a look at the four variants that have rolled out SVO’s workshop so far… The fastest, most powerful production Land Rover ever built is also the very first model to sport the SVR badge. Yes, thanks to a specially tuned 5.0-litre supercharged V8 engine worth a stonking 405kW and 680Nm, this performance Rangie can hit three figures from standstill in just 4.7 seconds, and has lapped the Nordschleife circuit at the Nürburgring in 8 minutes 14 seconds, making it the fastest production SUV around the German track.

But, despite its ability to positively tear up the tarmac, the SVR model also excels off the beaten track. Fitted with permanent four-wheel drive and a two-speed transfer case, the highly capable yet blisteringly quick Rangie furthermore benefits from an upgraded air suspension system and a tuned chassis. And it even retains the garden-variety version’s impressive 850mm wading depth (and adds a tasty two-stage active exhaust system). Not interested in rock-bottom lap times but still want all that glorious oomph and luxury? Well, you needn’t worry. SVO has something for you, too. Indeed, the SVAutobiography can be had with the same 5000cc supercharged eight-pot as the Range Rover Sport SVR, although this model focuses more on luxury than out-and-out pace (thanks to all the extra weight, the obligatory sprint to 100km/h takes a slightly more relaxed 5.5 seconds).

Available in standard and long wheelbase derivatives, the SVAutobiography features controls machined from solid aluminium, 24-way electrically adjustable seats up front, powered deployable tables in the back, deep twist pile mohair carpeting, enough leather to scare a herd of cows, and even something called “event seating” (essentially a pair of perches easily deployed onto the open tailgate). And, naturally, far more nifty on-board tech and luxury features than we could ever hope to list here. Whereas the other three vehicles on the list have been positioned as halo models of their respective ranges, the hand-built Jaguar F-Type Project 7 is a little different. You see, this track-focused but road-legal two-seater roadster is a truly limited-run vehicle, with only 250 units set to be built. But it’s still one of the fastest and most powerful production Jaguars ever created, thanks again to the group’s 5.0-litre supercharged V8 (this time tuned to deliver 423kW and 680Nm).

The topless rear-wheel drive Project 7 – the name pays homage to Jaguar’s seven outright wins at Le Mans – rockets from standstill to 100km/h in just 3.9 seconds, a figure made possible by its lightweight all-aluminium body. The special Jaguar (which is electronically limited to 300km/h) also features bespoke carbon-fibre aerodynamic aids, huge brakes, and a unique suspension set-up. What’s under the hood of the new Jaguar F-Type SVR? Yes, you guessed it: a 5.0-litre supercharged V8. But, in this instance, it has been tweaked to deliver 423kW and 700Nm, which is sent to all four wheels. This allows for a sprint to three figures in just 3.7 seconds (two-tenths faster than the Project 7), with top speed pegged at a licence-losing 322km/h. The eight-speed self-shifter, naturally, has also come in for some work.

The chassis, meanwhile, has been cleverly modified, and the F-Type SVR has lost a barrel of weight as well (thanks in part to the standard titanium exhaust system). There’s also a new deployable rear wing, which helps to reduce the vehicle’s drag and lift coefficients. Interestingly, the Jaguar F-Type SVR is also available in convertible configuration, presumably for those who enjoy having their faces permanently altered at insane speeds. 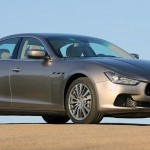