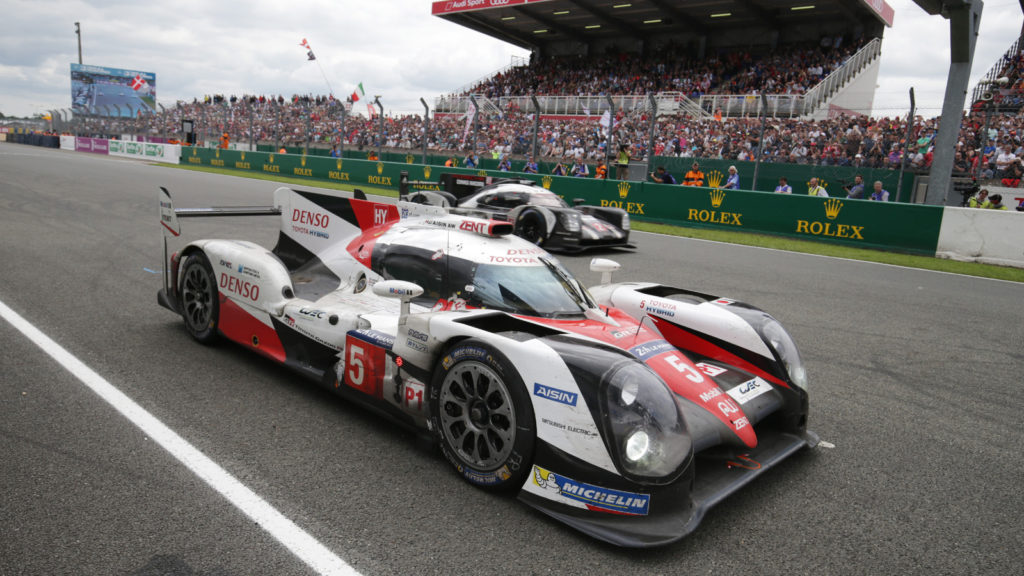 In what might just be the most dramatic finish to the Le Mans 24 Hours yet, the leading Toyota of Kazuki Nakajima, Anthony Davidson and Sebastian Buemi slowed down and came to a halt on the penultimate lap, handing the overall victory to Porsche.

Nakajima reported a loss of power earlier on in the lap, eventually stopping on the start/finish straight, where the number two Porsche of Romain Dumas, Neel Jani and Marc Lieb overtook it with three minutes to go. Nakajima had a 30 second gap to the Porsche before the loss of power.

The radio message from Nakajima saw the Porsche drivers celebrate in the pits, while Toyota bosses helplessly looked on.

“Starting what would have been the penultimate lap, with Kazuki at the wheel, the #5 suffered a sudden loss of power. Despite strenuous efforts to restore drive, the car struggled round the lap and stopped on the start-finish line. It was eventually restarted and completed the final lap too slowly to be classified,” Toyota said in a statement.

Read more: 3 motorsport championships that every geek should watch

“We worked as one team and took part in an amazing Le Mans 24 Hours. Congratulations to Porsche on its victory. I have no words to describe our emotions today. It is simply heartbreaking but we will return stronger and more determined to win,” said Toyota Racing team president Toshio Sato.

A gutted Nakajima expressed gratitude to the team, fans and marshals.

“First of all thank you to all the team members; we did everything right. The car was great to drive. It was tough to have Porsche #2 only 30 seconds behind me towards the end but we had the pace and we managed it very well. It was only two laps missing and it’s a pity we didn’t get the trophy; the team deserved to win,” the Toyota driver said.

“When I was doing my last lap to the chequered flag, all the marshals and fans were really kind to me and that was very emotional. I want to say thank you for that. Let’s come back stronger and grab that trophy.”

Porsche’s Neel Jani, who passed Nakajima to win the race, said he felt “heartbroken” for the Japanese team.

“I feel heartbroken for the Toyota drivers. I think every racing driver knows how this feels like. I still have no words to describe winning the 24 hours of Le Mans. This is really surreal. Still we drove a very good race with very few mistakes and pushed the car to the maximum. This win is really, really special.” 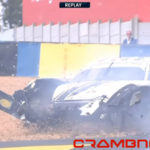