Every time a new technology has been introduced, way back to the printing press, sexual content has helped drive that technology and develop thriving business models that others have been able to adopt and prosper with.

He quotes an essay from the mid-’90s by Peter Johnson, a prominent lawyer: Pornography Drives Technology: Why Not to Censor the Internet, which states that:

“Throughout the history of new media, from vernacular speech to movable type, to photography, to paperback books, to videotape, to cable and pay-TV, to “900” phone lines, to the French Minitel, to the Internet, to CD-ROMs and laser discs, pornography has shown technology the way.

“Great art is always flanked by its dark sisters, blasphemy and pornography”. The same is true of the more mundane arts we call media.

“Where there is the Gutenberg Bible, there is also Rabelais; where the U.S. mails, dirty postcards; where the three-volume hardback novel, paperback pulp fiction; where HBO, Midnight Blue; where CompuServe, the Plain Brown Wrapper library.

“Pornography, far from being an evil that the First Amendment must endure, is a positive good that encourages experimentation with new media. The First Amendment thus has not only intellectual, moral, political, and artistic value, but practical and economic value as well. It urges consenting adults, uninhibited by censorship, to look for novel ways to use the new media and novel ways to make money out of the new uses.

“Therefore, while it may be politically impossible and socially unwise to encourage computer pornography, legislators should at least leave it alone and let the medium follow where pornography leads.”

There has been lots written about how the iPad can save the media industry but so far, there’s not much innovation in that area. Charging $5 per iPad issue of Time, or some other magazine, isn’t innovative in the slightest.

I had lunch recently with Sam Whitmore and his wife Kristie, they run the excellent Media Survey, and many of the largest PR agencies subscribe to Sam’s analysis of media trends. I gave him a copy of my book “In My Humble Opinion”, which is based on some of my earlier posts. He said I was one of the first to point out that the digital revenues from media would not match offline revenues and that this would cause a crisis in the media industry.

We discussed that despite the fact that this theme is very common today with many people writing about it, the issue still hasn’t yet been solved.

We still don’t know how to transition the old media to the economic reality of the new media without sacrificing tremendous numbers of jobs and centuries of best practices.

I see this issue as one of the most important issues facing not just the internet but society in general.

Software engineers talk about “garbage in, garbage out.” If you start with bad data you get bad results.

If we have a garbage media, we will have problems. Media is how society “thinks” about important problems, and we have plenty of those: the economy, environment, education, energy, the elderly… and those are just the ones beginning with “e.”

We still haven’t solved the problem of how to finance quality media.

If pornographers can solve this issue then let them — we will all benefit from it because we might then have a viable business model for all media. 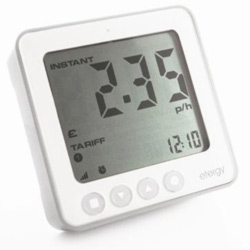