Is it a book? Is it a film? Is it a game? Or all three? Publishers and authors at the world’s biggest book fair are battling to entice a new generation of readers with the latest multimedia products.

That the electronic book reader has turned the book industry on its head is well known. Younger readers are no longer content to thumb through a printed book. The 21st century iPad generation wants interaction and variety.

But talk of the “ebook” that has dominated the Frankfurt Book Fair in recent years has given way in 2010 to excited chatter about the so-called “enhanced ebook”, a mixture of the traditional book, audio, video and game.

Some of the book world’s most celebrated names are already embracing the new format.

Ken Follett, one of the industry’s hottest authors, is expected to present a “multimedia-enhanced” version of his bestseller “The Pillars of the Earth” at this year’s fair.

At the touch of a screen, iPad readers of the “book” can see excerpts from the TV series based on the book, watch interviews with the author and actors and track interactions between characters on an “interactive character tree.”

This year’s fair has a special section devoted to digital, which Gottfried Honnefelder, president of the German publishers and booksellers association, said could soon account for 10 percent of the market, from one percent today.

Qbend, a firm that helps publishers develop their digital offering, expects 42 percent annual growth for the ebook market between 2010 and 2012.

The enhanced ebook is mainly sold in the United States and Britain at the moment, but it is about to go global, said Andrew Weinstein, vice-president of US book wholesaler and distributor Ingram.

“While ebooks have not finished growing in the United States, they are set to explode in the global marketplace,” he said.

Cornelia Funke, one of Germany’s best-known authors of books for children, put it this way: “It all starts with a book. The love of reading starts, probably around the age of three, when you first pick up that favourite book.”

“In ten years time, that book may well be a screen.”

But the counter-revolution is already starting, with advocates of the traditional format saying that people like to have bound books as a keepsake, in the same way they print out and frame favourite photos from their cameras.

“Take the digital watch,” said Gordon Cheers, an Australian publisher who presented what he said was the world’s biggest book at the fair — as far from a mobile multimedia offering as could be.

“In the 1980s, everyone said the digital watch would be the end of the traditional watchmaker. Sure, some did go out of business but then analogue watches came back and everyone these days wears one.

“The same will happen with the book. Leave it five or 10 years and books are bound to come back into fashion.”

Funke said: “I speak to loads of 16-year-olds who say they only read things on their electronic readers.”

“But then they tell me that, for the ones they really love, they go out and buy the book.”

Rumours of the death of the book have perhaps been greatly exaggerated. – AFP 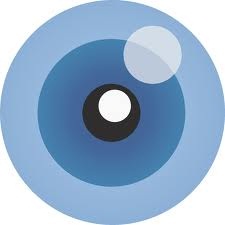