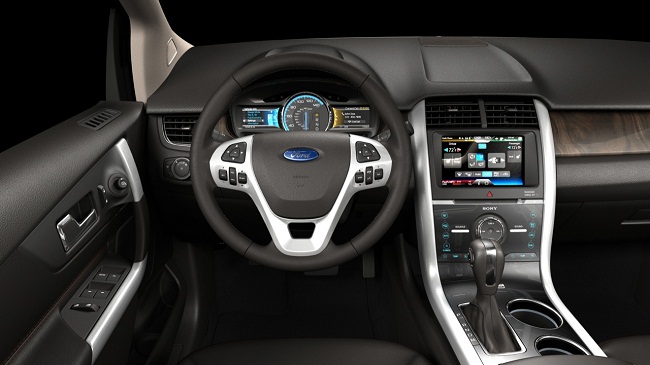 By now, the illustrious “fourth screen” is a common term–that of the mobile device, still the holy grail for media companies and advertisers.

At the North American International Auto show(NAIAS) in Detroit, it became clear that the era of the “fifth screen” is upon us: The one inside people’s vehicles.  Unfortunately for consumers, these “mobile” systems tend to have substantial usability problems.

Ford, once known for classics like the Mustang, Cobra and GT then emerging with the family-friendly (and dull) Taurus in the 1980s and the Explorer in the 1990s, is helping to lead the charge.

It plans to make its MyFord Touch onboard navigation and communication system standard in 90 percent of its new vehicles by 2012.

It is difficult to imagine that even budget-priced vehicles will soon have touch-screen GPS, internet and music coming standard, but that seems to be the case.

Though Touch’s presence in so many vehicles has been billed by Ford executives as a game changer, that doesn’t mean the system is a marvel. It’s not.

Based on a demo at NAIAS, the system has some handy features (and much improved from its first iteration) but still lacks an intuitive operating system. Our demonstrator touted the different ways the system can be accessed: Touch screen, voice and steering wheel console.

But as Consumer Reports published, more isn’t always better.  Multiple options for access can be freeing, but it can also be confusing. The voice recognition technology gives a hands-free option for getting directions or changing the music, but it doesn’t work that well.

The technology, which features screens in the dashboard and center console, is built on Microsoft’s SYNC platform. Ford has built some of its own tech and cobbled together the rest from several vendors, including TelNav for navigation and Nuance Communications (working in tandem with Tellme) for voice recognition.

In the field, it appears, Nuance’s voice recognition technology will still have its hiccups. Though Ford’s system now recognizes about 10,000 voice commands, allowing users to find local restaurants, set the temperature and make calls without pressing a button, it wasn’t able to understand a request to find a barbeque restaurant nearby.

It required the demonstrator to repeat herself several times, leaning closer to the microphone with limited success. At one point, the system appeared to become overwhelmed by the demonstrator’s commands, defaulting to alternate search options.

Later, as we drove a vehicle equipped with Touch on Ford’s Test Track in Dearborn, Michigan, the system was unable to understand most of our voice commands without repeating ourselves several times.

“Voice recognition is not a perfect technology,” said Alan Hall, Ford’s Technology Communications Manager. “The car is a very unique environment so it’s very different than me standing here with a phone and talking into it.”

This is particularly problematic because Ford CEO Alan Mulally used his NAIAS keynote speech to stress the value of voice commands for using Twitter and playing music on Pandora while driving.

The company is slowly rolling out AppLink to its vehicles’ screens, which will tie smartphone apps to MyFord Touch.

Indeed, several automakers are betting that consumers will want to engage with social media on the road. While they may be right, the technology will have to be dead simple if people are to do so without crashing the car.

To be fair, AppLink’s Twitter functionality does look impressive, but we have to wonder if it would work as well over the noise of driving.

Of course, Ford is not alone in its limitations. Toyota’s onboard navigation system is slow and obnoxious to use, for example. The company is trying to remedy that by introducing a new system, Entune. It uses Bing for search and INRIX for navigation. BMW, making a wiser choice, selected Google to provide its search functionality on ConnectedDrive.

MyFord Touch isn’t all bad, though, giving hope for future generations of fifth-screen technology. The system allows owners to create a mobile hotspot inside their vehicle, connecting passengers’ laptops or mobile devices. The company also rolled out an app called MyTouch Mobile, built to connect smartphones with the new Ford Focus Electric.

Down the road, automakers may be able to build more intelligent onboard systems, creating a more flexible hands-free experience.  That would require a vastly superior voice recognition system and a more flexible search platform, as well as an evolving, cloud-based library of places, commands and consumer reviews.