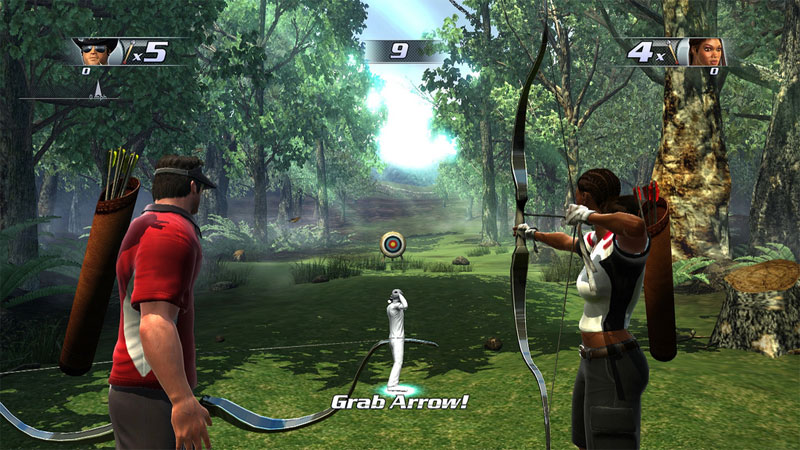 Left, right, up and down and side-to-side, now stretch. Now that Sony’s PlayStation Move and Microsoft’s Xbox Kinect are out and on sale alongside the Wii, I can guarantee in millions of homes across the globe, bodies are in motion. The gaming future is here.

And what a bothersome future it is.

As a gamer, it’s my opinion that the entire motion control age is unhealthy for games. I am not opposed to the concept of motion controls but the history must be considered. When Nintendo pushed out the Wii in 2006 everyone marveled at the potential this new method of input would bring. I still think that there is tremendous potential in motion controls to improve and innovate how we play games. But after four years it’s still just potential.

In four years I can count only a few Wii games that have actively engaged the gaming senses of the “career” gamer. Very few of these games were good. Most of Wii’s games were directed at an emerging market, people with little to no gaming experience or causal-gamers. Causing the games to be too simplistic, catering to a community still getting to grips with the medium.

This new direction makes good business sense on Nintendo’s part. They created a new market instead of competing with established giants like Sony and Microsoft in existing. They reaped the reward in the form of $75.9-million units sold as of September 2010. Compared to PS3’s $41.6 and the Xbox 360’s $44.6-million units sold in the same period.

Nintendo’s success has encouraged Sony and Microsoft to take a shot at these casual gamers. The problem this creates is that games will become far too simplistic for “career” gamers. With games such as Wii Sports, Wii Fit and various other party games. Bringing us back to lot of gaming potential but very little delivery.

Should this strategy prove successful, more of these “casual games” will oust “hardcore games”. This remains the case with the Nintendo Wii. The games announced by Kinect and Move, prove that history will repeat itself. On the other hand Forza Motorsport 4 seems promising and it incorporates some measure of motion control.

Hardcore games like Mass Effect, Uncharted and Call of Duty will not disappear. These games have convincingly established that they make money and there will always be a market for them. The latest Call of Duty has reportedly made $818-million already. Unfortunately this doesn’t mean that more games of Call of Duty’s appeal will be making use of motion controls.

Nintendo’s example has shown that minimal effort still results in healthy sales. That is why many Wii games still look like they are PS2 ports. A good example is Mario Galaxy; we can agree that its lack of high quality visual fidelity is nothing more than laziness or cost cutting on the part of games developers.

There seems to be no need to innovate, no need for progress because the games sell. Today’s Wii games are not much different from the games that were available when it launched. There is a sense of repetition with the games currently available in the Wii selection. The same pattern is creeping into the Xbox and PS3. The lack of innovation seems to have no end.