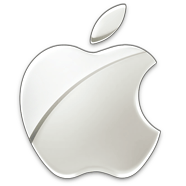 There has been much written lately about Apple‘s rules for apps, that they must provide an in-app purchase function.

Much of the focus on Apple’s move has been on the 30% cut it takes on purchases made through its online stores. That’s a big chunk for providing a payment service, and for many companies, such as media organizations that re trying to transition their business models to a digital economy — it’s probably too much to pay.

And that’s what the posts about Apple focus on — the 30% cut.

But that’s a red herring.

Apple’s strategy need not be constrained by the 30% share it takes. The 30% number is not carved in stone, it will become a variable number. Apple’s trajectory is moving it towards becoming a PayPal competitor.

What if Apple launched a type of “iPay” button that appeared as an alternative payment option to buying goods and services online, in a similar way that PayPal is offered in addition to credit cards?

Would you use it? I would and I bet many others would too.

One of the reasons Apple takes 30% is because the credit card charges on small transactions are very high. If it can reduce those charges it can reduce that 30% share and still make money.

There are a variety of strategies that could reduce those costs, I’ll get into those in a future post.

Apple has a key advantage in the online payments space because it already has relationships with tens of millions of customers. It has a historical record of what they do and buy and these become part of a measured, trusted relationship.

Apple knows who to trust in online payments — and that’s a big advantage in reducing fraud — which is your largest cost as an online payment processor.

A key reason that Apple has been very successful with its AppStore because it offers developers an easy way for customers to make a purchase. It’s one-click and you just give your Apple ID and password.

Therefore, if you can encapsulate web content within an app — you suddenly have a new business model — and you escape the torture of trying to make money on an advertising supported business model.

Giving Apple 30% of something is a whole lot better than keeping 95% of nothing.

The future lies in a hybrid internet where apps have a place but it’s not a large place. And here’s why:

We need something that takes the best of the app business model but applied to the general web.

The internet, and its basket of technologies, has already figured out how to produce content for multiple platforms … and have the delivery mechanism update in real time.

If a company sticks to a web strategy many of those issues go away — except one: how do you get people to pay for web content in the same way they will pay for apps?

Apple would only approve those customers it trusts, the client gets their payment, Apple gets its cut, and the customer gets in and out in a click or two — everyone wins.

Today, Apple is offering in-app purchase options through Apple. But tomorrow, the inverse: you’ll be able to buy goods and services not offered through Apple but enabled by Apple’s payment system.

By enabling payments for online content and services Apple will help fuel an innovation golden age and help create a massive new economy, in my humble opinion.