By Phil Barrett
Read nextSamsung introduces its own ‘gateway drug’ 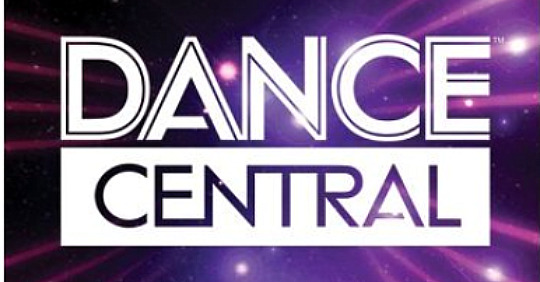 In 1978 my Binatone TV Master played pong. You definitely didn’t work up a sweat. Working up a sweat is now de rigueur, since Nintendo introduced Wii in 2006.
When kinect hit the scene, Wii and Playstation suddenly looked archaic. Imagine brandishing an actual controller. How retro! With kinect, your body is the controller.

So, state of the art interaction. But could I justify forking out a significant amount of money for it? My love of video games and my young family have not been fitting too well together. Shouldn’t I be spending my money on sensible school shoes or camping holidays?

Well, the marketers are telling us that gaming is now a healthy, family activity. And if you’ve been following the rise of Jane McGonigal, you’ll know that the 10 000 hours many kids spend on games before they reach 21 make them into virtuoso collaborators, problem solvers and visionaries. In comparison to a university education, the Kinect price tag seemed like a bargain. Or perhaps I could justify it as essential to our family’s health? Stress-busting game breaks and lots of aerobic exercise? Perhaps our medical aid would give us a discount.

Then I got my hands on a review console. I could stop plotting, and start playing.

Let’s get this out of the way first: Kinect is a stunning piece of technology. It’s so wildly clever that people just look at it and say, “Well of course it can do that.” All the whining that’s coming up doesn’t detract from the fact that the folk who invented this thing are far cleverer than I could ever hope to become, no matter how many video games I play.

The problem was that the games weren’t trying hard enough. We had Joyride and Dance Central, and although both had high production values and were laden with points, levels, feedback, gifts and unlocks that should have kept us in a lather of anticipation, they mostly left us cold.

See, I’m more Harry Potter than Super-14. And these are fairly casual games with no major plotline, no epic landscapes to explore or world-saving quests to undertake. So I got rather bored, rather quickly. I suspect I may not be alone.

Dance Central: You dance, trying to do the right steps and stay in time to the music. The Kinect camera does a great job and you can do arm and body motions, not just feet. There’s great music to dance to and a well-designed training mode to teach you the steps for each song.

Bloke verdict: It’s really a digital aerobics class with fancy lighting. I have always avoided those. But those who go, and the scientists who study dancing, say it’s the dancing together that makes it fun. With Dance Central, you’re dancing alone – observed by your family and the game’s collection of hard-to-please digital hipsters. Since white geeks can’t jump, there really wasn’t much in it for me.

Family verdict: My daughter loved the idea of a dancing game, but just found it too hard – maybe seven is a bit young. My wife did great (4 stars on her first attempt) but was not inclined to go back for more. The digital hipsters kept staring and heckling. No epic plotline, just a lot of teen peer pressure.

I suspect if we all played a round of Dance Central every morning, the cocktail of endorphins and dopamine sloshing round our synapses would help every family member do better every day. But we didn’t feel compelled.

Joyride: Joyride is a 3D karting game. And it’s a fairly normal one, except that you steer by miming twisting a steering wheel. Yes, that’s insanely clever.

Bloke verdict: More my thing than dancing. But the game itself was entirely unremarkable. Hard to get into the zone with it because of the floppy steering and big get-your-breath-back breaks between rounds. Probably slightly less fun than Crash Bandicoot NitroKart 3d on my iPhone.

Truth is, casual games work better on the iPhone because then you can play them casually – in bed or in the dentist’s waiting room, say, without having to move the coffee table and check the room for low hanging light fixtures.

Family verdict: I tried to entice my wife to play, but she said the turbo motion (a sort of extended pelvic thrust) might put her back out.

Being a long-time gamer and lover of technology and cool user interfaces, I did give it my best shot. But the family were not behind me. By day three, when I asked my daughter, “So, Xbox or Rummikub?” she chose Rummikub without a moment’s hesitation.

It’s odd that so much expensive technology can end up having so little impact. Ultimately, it will all come down to whether a game design team feel inspired by the brilliant kinect hardware and create something really innovative and entertaining. Until you hear they’ve done it, leave your piggybank intact.

Phil Barrett is a director of Flow Interactive in the UK and South Africa. He's a user experience designer, which means he helps businesses make more money by making their customers happier. As the complexity of the world around us increases, good user experience design brings back simplicity, humanity, relevance and delight. Essential ingredients for a thriving relationship with your customers. Phil has over 15 years of interaction design experience. He has worked on UX projects for the BBC, Standard Life, Vodafone, MWEB, Pam Golding, MXit and many others. His blog is at fronttoback.org